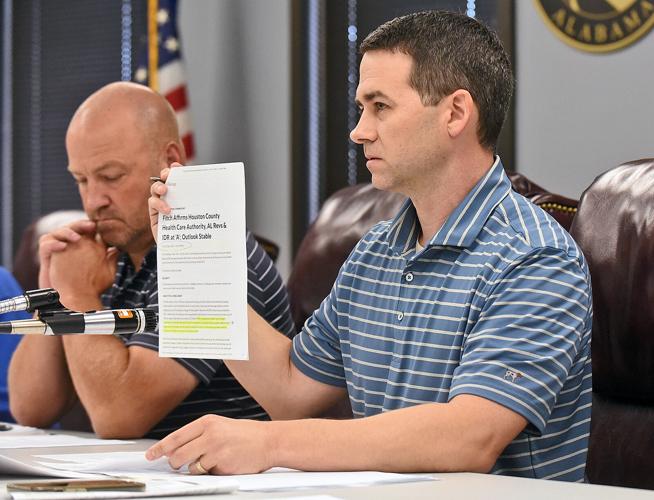 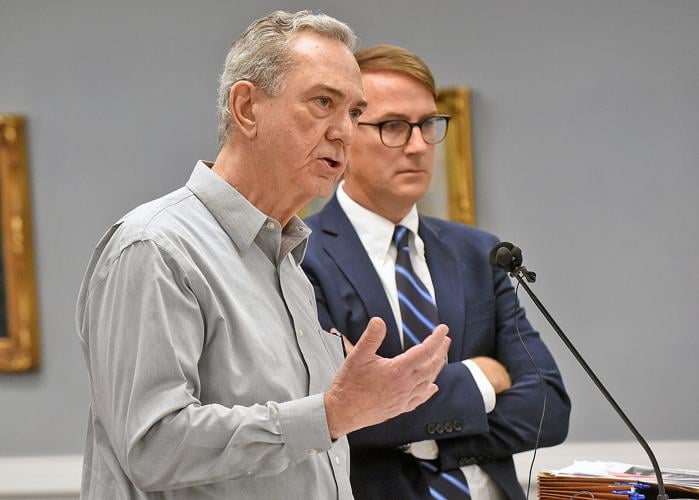 Facing skyrocketing contract labor costs, lower federal reimbursements, and ongoing inflation, representatives of Southeast Health and the Houston County Health Care Authority laid out a case for why the hospital needs the full amount of a special tax authorized by county voters in 1949.

“The decision was not made lightly by our board,” said William Nichols, legal counsel for the Houston County Health Care Authority. “… Each of the board members that this commission appointed to the health care authority to oversee the running of this hospital voted unanimously to request this additional millage, and I will urge you to defer to their good judgment on the matter because they have seen the numbers. They have listened to the presentations, and they have made a thoughtful decision that this is in the best interest and absolutely needed by our hospital.”

Nichols and Southeast Health Chief Financial Officer Derek Miller appeared at the Houston County Commission’s administrative meeting Thursday to answer questions regarding the health care authority’s request for 1.5 mills in property tax currently not being collected even though it’s been on the books for 73 years. The request will bring the special hospital millage to 4 mills, the maximum authorized.

Nichols said the issues facing Southeast Health are facing other hospitals around the country.

Chairman Mark Culver read aloud the lengthy resolution pertaining to the health care authority board’s request prior to discussion, saying the resolution gave a history of the hospital tax and how it got to where it is today at 2.5 mills.

In 1949, Houston County voters originally authorized a 4-mill special property tax to be collected for use by the public hospital now known as Southeast Health in Dothan. In the 1980s, when the hospital’s governing board was reincorporated under a health care authority, the health care authority opted to lower the hospital’s millage rate to 1 mill. In 2012, the Houston County Health Care Authority began receiving another 1.5 mills for a total of 2.5 mills to meet financial requirements for the accreditation of the Alabama College of Osteopathic Medicine.

Now the authority would like to receive the remaining 1.5 mills, which brings the hospital millage back to the full 4 mills authorized by voters in 1949.

The additional millage would be collected starting in the tax year that begins Oct. 1, 2023, and ends Sept. 30, 2024. Alabama collects property taxes one year in arrears. A mill is one-tenth of a cent and is the rate property owners pay on the assessed value of their property.

In the wording of the resolution read by Culver – and the opinion of county attorney Pres Register – the property tax request from the health care authority is something the county commission is required to levy and collect.

In the end, commissioners placed the request on their Monday agenda and are expected to vote during the regular meeting, which begins at 10 a.m.

The labor costs the hospital now faces go back to the beginning of the COVID-19 pandemic in 2020 when nurses began leaving to accept more lucrative contract work. That, Miller and Nichols said, forced Southeast Health to rely on more contract nurses – or, travel nurses – to provide care to patients. Not only did the need for contract nurses increase, but the cost to hire them went up “exponentially” compared to pre-pandemic times.

Southeast Health also receives much less in federal reimbursements compared to hospitals in cities like Atlanta and New York for the exact same procedures, Nichols said. The federal government reduced the rate even more during the pandemic, he said.

“So not only are we paying millions and millions more to staff our hospital with nurses, we’re being paid less from the federal government to do so,” Nichols said.

Along with all that, inflation has hit the hospital just as it has other businesses and individuals. The costs of food to feed patients and medicines and equipment to treat them have gone through the roof, Nichols said.

“And so all of those things, that perfect storm, has created a financial headwind for our hospital,” Nichols said. “We believe, respectfully believe, that it would be economically irresponsible not to collect the additional millage that is constitutionally required for our hospital.”

Next year is projected to be worse, Miller said, due to inflation costs and the expectation the federal government will pull back some of its pandemic reimbursement supports.

Miller said members of the hospital’s health care authority did not easily arrive at the decision to request the additional millage. Miller gives a financial report to the authority each month, and what were once positive numbers are now mostly negative – a trend he later said began in the last year.

“We’ve been hopeful all year that this would be a two- to three-month thing that we’re going to work through,” Miller said. “It’s not. It’s just continued to get worse.”

- The county commission will consider a request Monday for a lounge retail liquor license for JCBC Good Times, doing business as Horizon Bar and Grill and located at 14634 U.S. Highway 84 W. in the Wicksburg community. The business was formerly operated as Teasers and is located near the intersection with State Highway 123.

Commissioner Brandon Shoupe, who represents the district, expressed concerns about the request. The establishment, he said, is being operated by the same individual. Residents have contacted him Shoupe concerned due to past acts of violence that have occurred at the nightclub, including a 2012 shooting that killed three people.

- County commissioners will consider a resolution conditionally allocating $1 million to the City of Dothan in money Houston County received through the 2021 American Rescue Plan Act, or ARPA. The funds would go toward a downtown green space project that is part of Dothan’s larger City Center project. It was one of several projects included on the county’s priority list on how to spend the $20.6 million received through the federal act.

The green space is to be situated between Foster Street and North St. Andrew Street near where Porter Park and the Dothan Opera House are currently located. It will be adjacent to a planned Wiregrass Arts and Innovation Center.

Residents asked to be prepared for Hurricane Ian

If a Wicksburg bar and grill owner wants to operate immediately, he’ll have to do it without a liquor license.

Rhonda Kirk has seen hundreds of sunrises from her office overlooking the Westgate Softball Complex.

Dothan falls in close one to Central-Phenix City

It was a battle of contrasting offensive styles in Thursday’s Dothan-Central of Phenix City top 10 battle at Rip Hewes Stadium.

A woman died Sunday from injuries suffered Saturday night in a house fire on Reeves Street.

Seven more high school football games have been moved up a night  because of the potential impact of Hurricane Ian.

Facing adversity for the first time this season, Houston Academy put the ball in the hands of workhorse senior running back Jeb Daughtry and h…