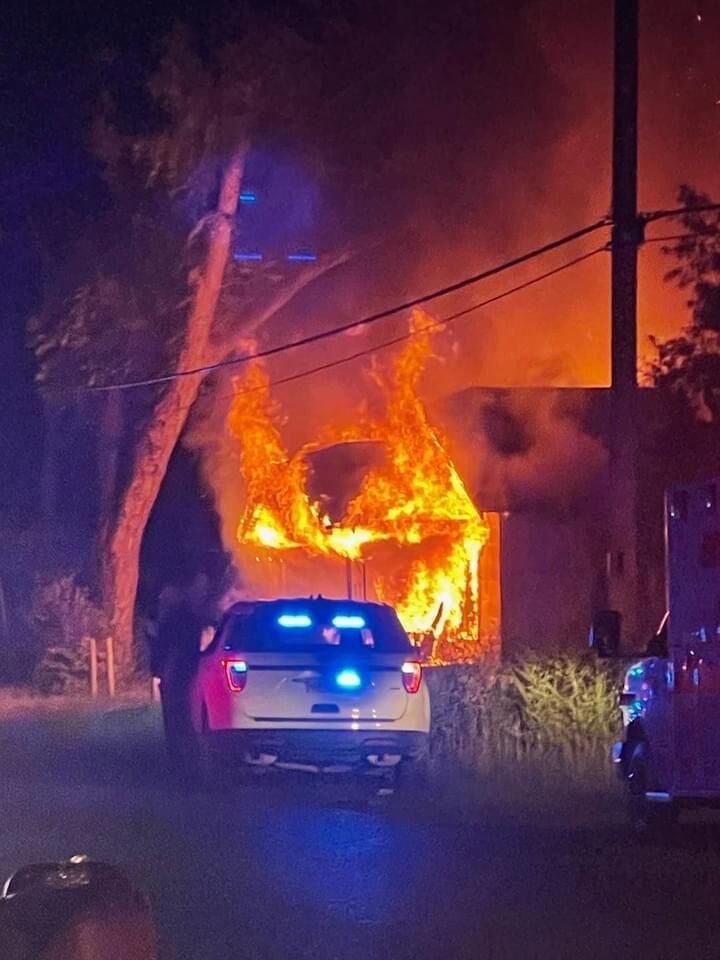 The Elba Fire Department responded to a structure fire Saturday night that resulted in a “total loss” of the home as well as the death of the family’s pets. 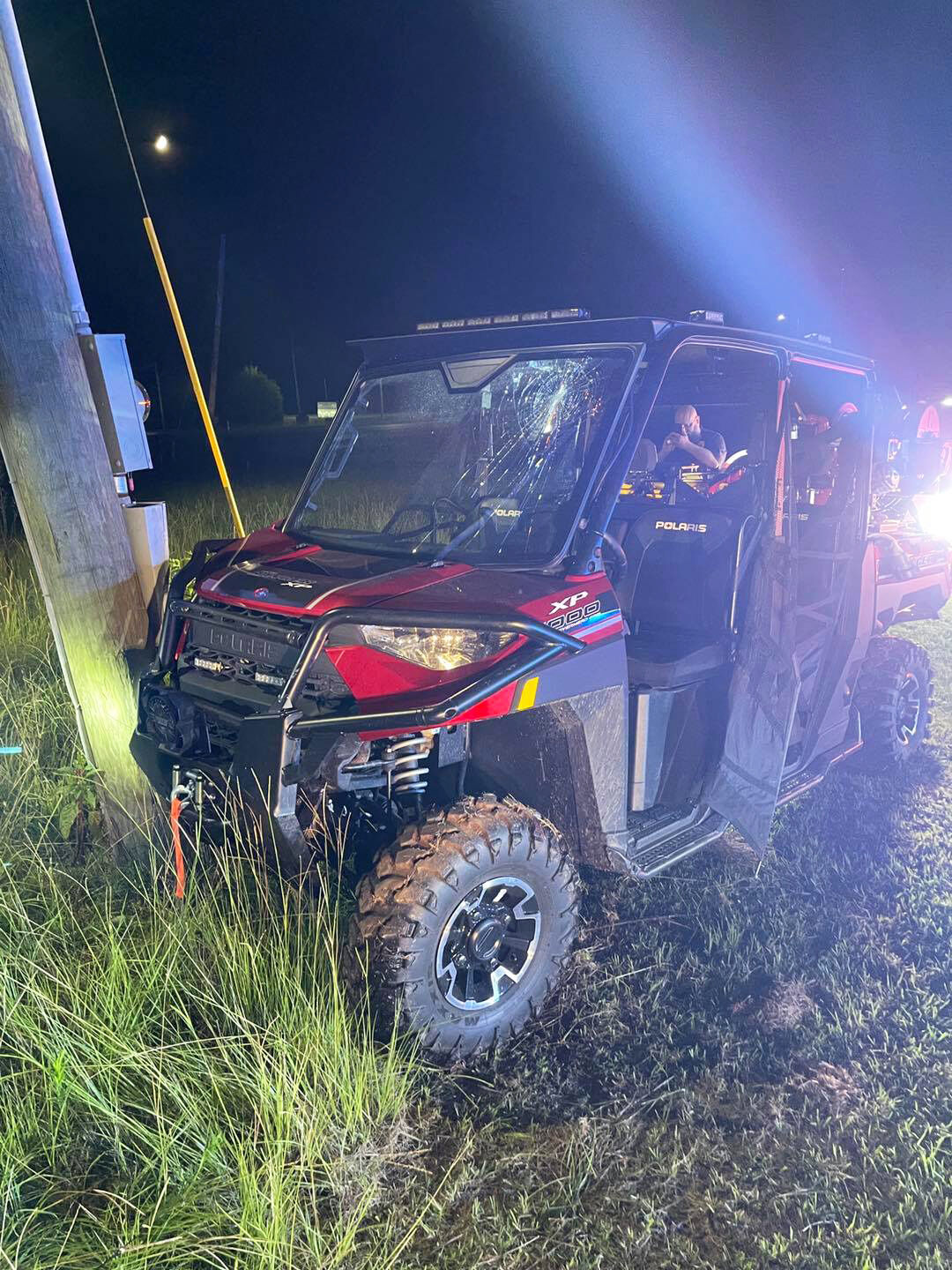 The fire department’s ATV was allegedly stolen and totaled while firefighters responded to the house fire. Fire Chief Drew Parker said a contingency plan was in place to make up for the loss of equipment.

While Elba firefighters responded to a structure fire Saturday night that resulted in a “total loss” of the home, Fire Chief Drew Parker said an individual entered the fire department and stole a utility vehicle before leading officers on a 10-minute pursuit that ended with the suspect crashing the vehicle into a utility pole.

At approximately 10:16 p.m., Elba firefighters were dispatched to a reported structure fire on Martin Luther King Drive after reports of heavy smoke and visible flames. New Brockton Volunteer Fire Department was immediately called in for mutual aid, and Elba Command 1 confirmed the reports.

“Engine 1 responded and established a water supply on the way in before deploying two, 1.75” pre-connected attack lines to the exterior of the structure. Engine 3 arrived and crews transitioned to an interior fire attack knocking down the bulk of the fire,” Parker said. “New Brockton Command 1, Engine 2 and Engine 4 arrived along with Elba Truck 2 and relieved interior crews to finish fire extinguishment and complete salvage and overhaul.”

Parker said the home is a “total loss,” and while no firefighters or civilians were injured in the blaze, multiple pets inside were unable to be rescued.

The Elba Police Department and Coffee County Sheriff’s Department responded to assist with traffic control, and Enterprise Rescue was on scene to assist with firefighter safety. Parker was appreciative of all the departments for their aid.

“Dispatchers at the Elba Police Department and the Enterprise Police Department did a great job handling all communications for the incident, and Enterprise Rescue was a tremendous help with establishing rehab and caring for our firefighters,” he said. “Thank you to all involved and job well done!”

While Elba firefighters worked to extinguish the blaze on Martin Luther King Drive, an Elba officer responded to an ATV/UTV complaint downtown when he was almost hit head on by a side-by-side utility vehicle. The officer attempted to make a stop, and a pursuit ensued involving Elba Police, deputies and New Brockton police. The utility vehicle involved was Elba Fire Department’s ATV-1 that Parker said was allegedly stolen after firefighters left the station.

The pursuit lasted approximately 10 minutes and ended when the suspect crashed into a utility pole, potentially totaling the piece of “life-saving” equipment, Parker said.

“The apparatus was removed by a wrecker service to a secure location with significant body, frame, and drive train damage,” he said. “We expect little impact to the service of our citizens as a contingency plan has been put into place, and we would like to sincerely thank the Elba Police officers, Coffee County deputies, New Brockton Police officers and Elba dispatchers for all of their efforts towards the swift resolution of this matter.”

Jakori Warren, 25, of Elba was arrested on scene by Elba Police and transported to the Coffee County Jail after being cleared on scene by medical personnel. His charges include third degree burglary, first degree theft of property, attempt to elude and resisting arrest.

After a letter outlining Enterprise City School’s return to school plan, intended for faculty and staff, was released on social media last wee…

One dead, one injured in domestic dispute

At her first board meeting as Superintendent of Coffee County Schools, Kelly Cobb gave board members updates on Thursday concerning the school…

Enterprise’s 7U Dixie Youth coach pitch baseball team made a quick business trip to Texarkana, Ark. from July 22-25 and came home with the cit…

The Elba Fire Department responded to a structure fire Saturday night that resulted in a “total loss” of the home as well as the death of the family’s pets.

The fire department’s ATV was allegedly stolen and totaled while firefighters responded to the house fire. Fire Chief Drew Parker said a contingency plan was in place to make up for the loss of equipment.