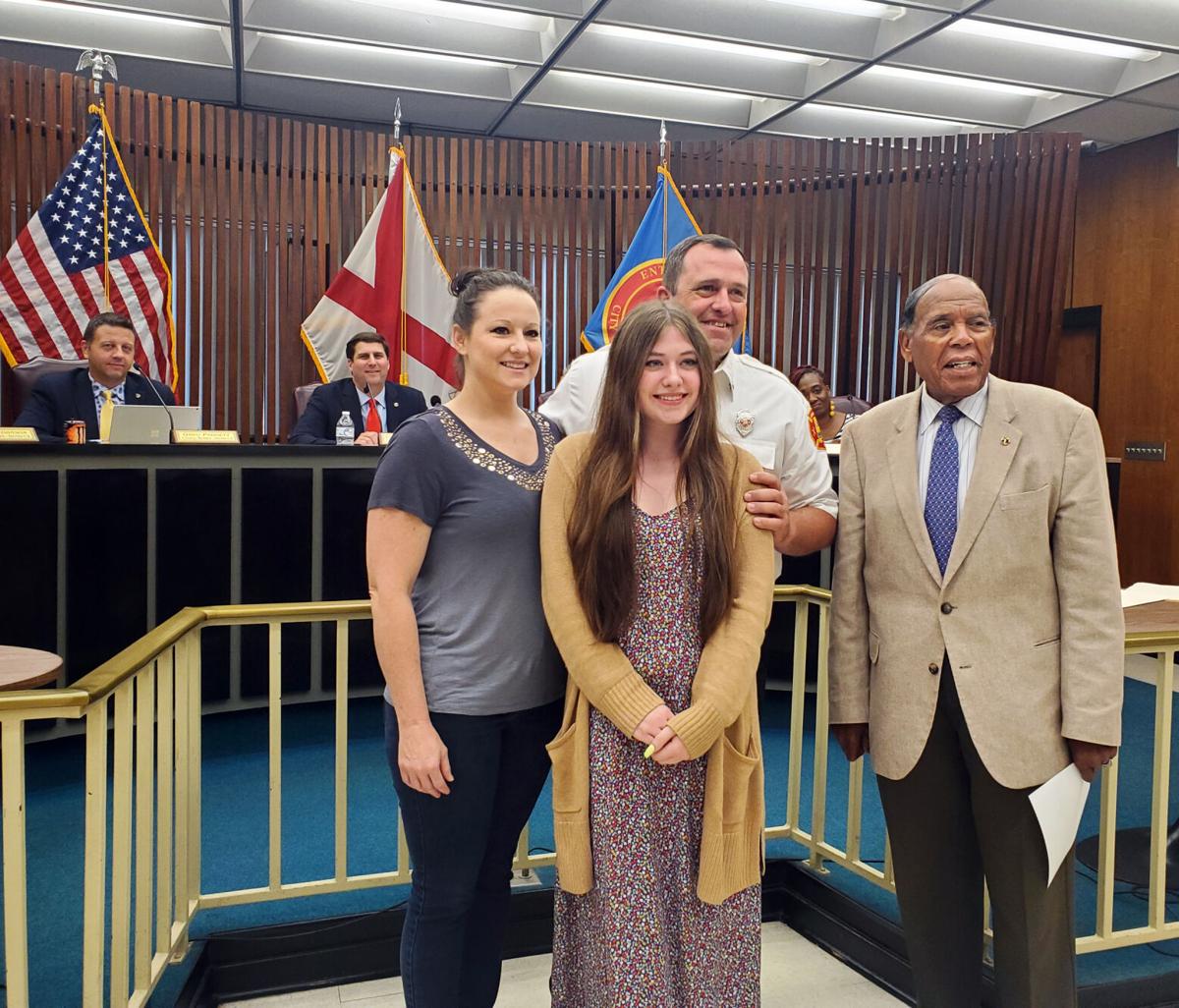 Enterprise Fire Department’s Interim Chief Chris Davis was sworn in as interim fire chief in June by Mayor William Cooper and took the oath of office as chief Tuesday night. Pictured at the June swearing in ceremony with Davis are his wife, Erin, and daughter, Katie. 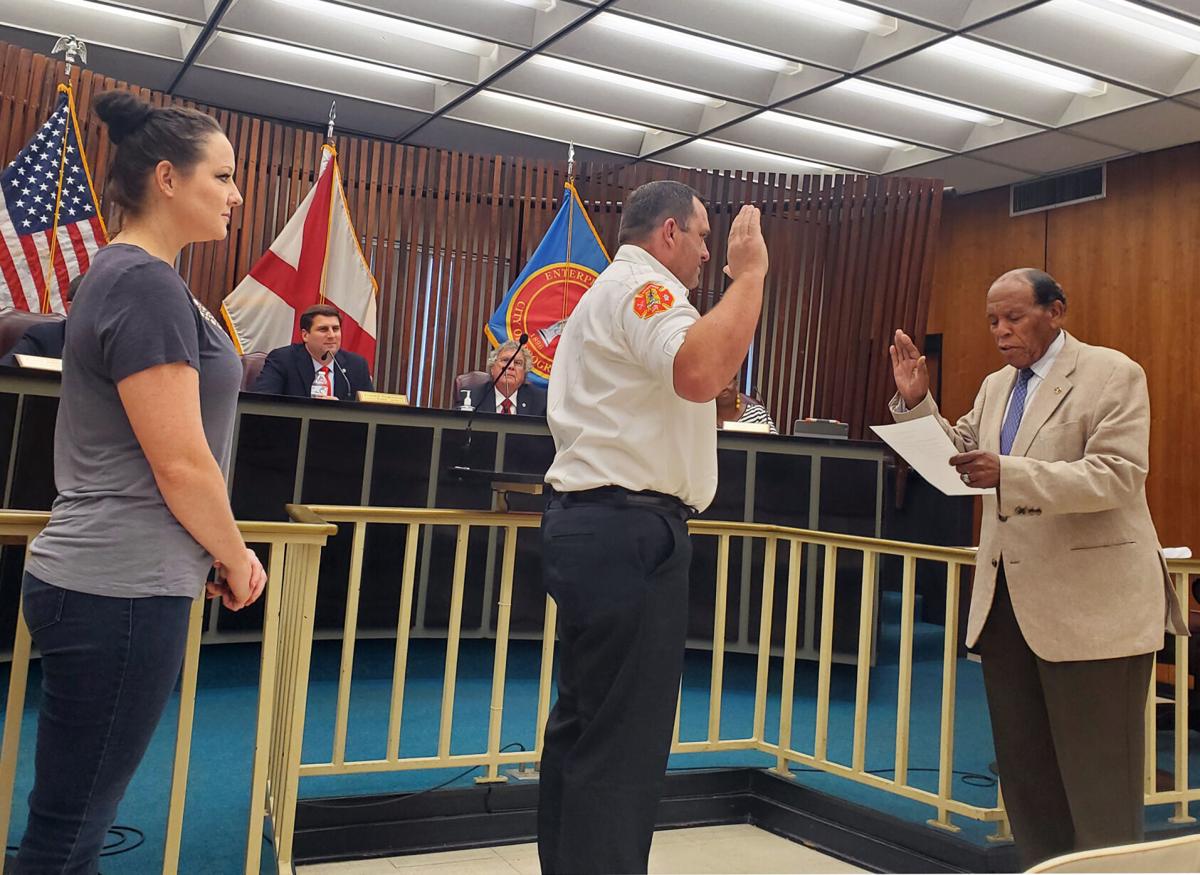 The interim fire chief was sworn into office and a downtown permit request was approved at Tuesday night’s Enterprise city council meeting.

Mayor William Cooper administered the oath of office to Interim Fire Chief Christopher Davis after former Fire Chief Byron Herring officially retired on May 28. The council approved Davis’s appointment at the May 18 council meeting, based on Herring’s recommendation.

“We’ve lost, by chief leaving, that’s 47 years of experience, and that’s difficult for any organization to lose that,” Davis said. “I appreciate him and I appreciate everybody that helped make his retirement so special. Mayor, council, Jonathan, I appreciate the trust that you’ve put in me. I will do my best. I guarantee you I’ll make mistakes, and I guarantee you I’ll fix them. Past that, that’s the best I can do.”

“We’re just going to highlight the stores that do anything special for our military and then pending approval of the street closure, we were going to have the different military branches and veteran service organizations set up in the street just to show some extra support to veterans in our community that use those organizations and just have a good time,” Main Street Enterprise Director Cassidi Kendrick said.

In other business, the council:

Approved a request from Parks and Recreation Director Billy Powell to seek bids for new AV equipment for the Enterprise Civic Center.

Approved a request from City Engineer/Public Works Director Barry Mott to purchase equipment through the Sourcewell Purchasing Program at a total cost of $408,649.08.

Nominated and appointed Carolyn McInnis to the Enterprise Library Board, Seat 1, for a four-year term beginning July 6.

Nominated and appointed Carol Drylinger to the Enterprise Library Board, Seat 2, for a four-year term beginning July 6.

Hunter is our Pet of the Week!

Bill Searcy made a tremendous difference in the lives of countless families at the YMCA and our community. Bill and his family have been invol…

All In Credit Union to honor veterans at Peanut Festival

October 18 is the first day of the second mini-term for the Fall 2021 semester at the Alabama Aviation College, a unit of Enterprise State Com…

Enterprise residents will soon have a more convenient way to pay their utility bills, thanks to a new website to be launched by the City of En…

Enterprise Fire Department’s Interim Chief Chris Davis was sworn in as interim fire chief in June by Mayor William Cooper and took the oath of office as chief Tuesday night. Pictured at the June swearing in ceremony with Davis are his wife, Erin, and daughter, Katie.