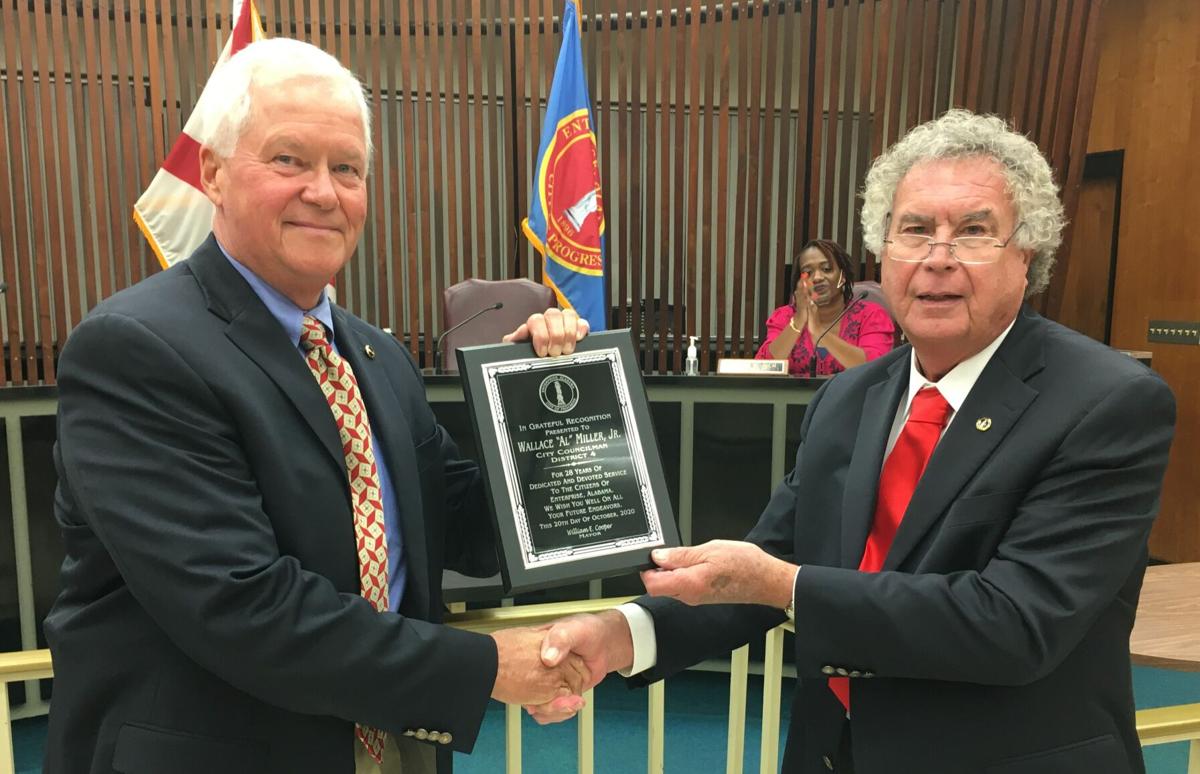 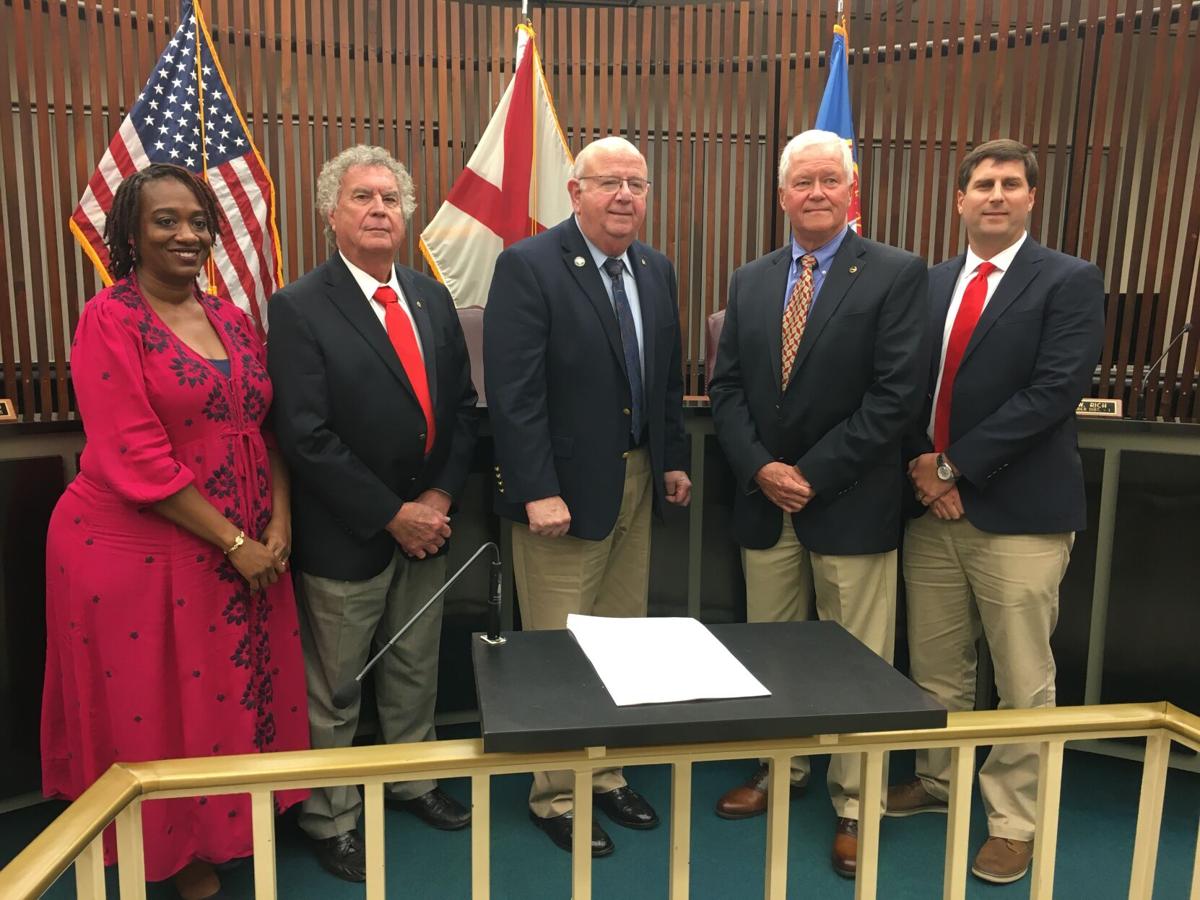 To start with the ending, the Enterprise City Council recognized District 4 Councilman Al Miller for his 28 years of service on the council at its last meeting of this four-year term Tuesday night.

Miller, who chose not to seek re-election, and Council President Perry Vickers, who ran for mayor, worked their final meeting.

The new council will hold its next meeting Nov. 2 – a Monday night to avoid Tuesday’s national election – at the Enterprise Civic Center. The organizational session will begin at 6 p.m. and its council meeting will follow immediately.

“We have two council members tonight and this will be their last meeting with us. We’d like to thank Perry Vickers for his four years of service,” Goolsby said before requesting Miller to join him up front.

He presented Miller a plaque recognizing his years of service to the city.

“I’d like to publicly thank the citizens of Enterprise, especially those in District 4 for giving me the honor and privilege of serving them for the last 28 years,” Miller said. “We live in a great city. I truly believe it’s a City of Progress. I wish you the best in the years to come.”

“Thank you families, also. I know it’s not done alone,” Townsend said as he looked into the audience. “Certainly appreciate y’all’s sacrifices through the years.”

Vickers added his thanks to the citizens of District 3 for allowing him to serve.

“I think this has been a very good council. I think all of us have worked real hard trying to put the physical condition of Enterprise into a place where some good things can happen in the future,” the Council President said. “I wish the new council all the best and our prayers go with you. Al, I enjoyed serving with you, Eugene, Sonya, Turner. Thank y’all.”

Rich, Goolsby and Townsend will be joined by newcomers Greg Padgett and Scotty Johnson. All five met in an organizational work session after Tuesday night’s council meeting.

There was city business to deal with for the council.

*The council granted a request from Fire Chief Byron Herring to accept Assistance to Firefighter Grant (AFG) funds in the amount of $208,000. The grant was a 90/10 match, so the city’s cost was $20,800. The grant will be used to replace the department’s old self-contained breathing apparatus. Chief Herring thanked Capt. Chris Davis and Kay Kirkland, the city’s special events coordinator, for their help in preparing the grant information.

*Heard concerns from Johnny Hutcherson about poor drainage and erosion at the intersection of David Road and Clay Road near Three Notch southeast of the city. He said four-wheeling and four-wheel drives have eroded and narrowed the road.

“There’s a very serious problem of water standing at that intersection,” Hutcherson said. “Anyone coming off David Road, you can’t turn off on Three Notch because it’s not wide enough.”

He said the intersection at David and Clay is unmarked because every time the city puts up a sign it is quickly stolen.

“People want to know how to get to your house, you can’t say turn on David or Clay Road because there’s no sign up there,” he said. “My concern now is that mud puddle. The more they dig, the deeper it gets.”

At a specially called meeting of the Enterprise City Schools Board of Education last Thursday, Drew Danner was named as the next principal of …

Separate wrecks in Coffee County Wednesday night and shortly after midnight on Thursday have claimed the lives of two local men, one from Ente…

MONTGOMERY - The Alabama Department of Labor is currently reviewing the CARES Act unemployment extension provisions contained in H.R. 133. The…

Dakotah Barber, an offensive lineman who played his first and only season with the Enterprise Wildcat football team this year, left his mark o…

Winters remembered as a player of few words, big actions

Edwards' smile, attitude will be missed on the sidelines