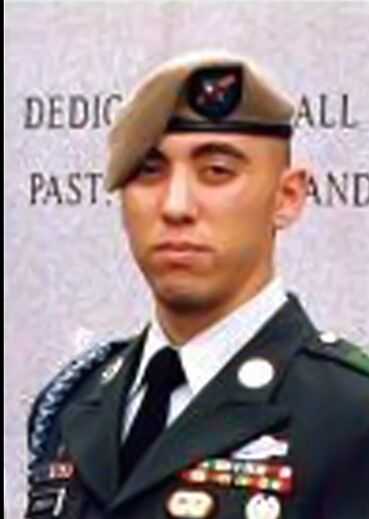 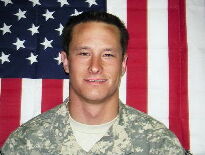 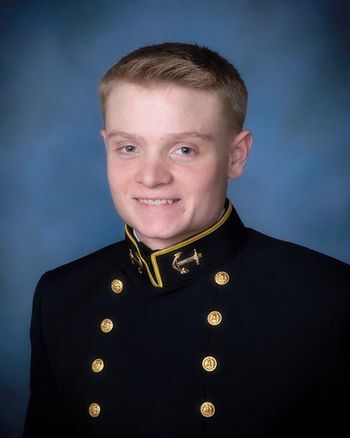 Gilley said this was their way of showing these service members and the sacrifices they made will not be forgotten.

“They paid the ultimate sacrifice for us. I know they’re on everyone’s minds, but sometimes I feel like we don’t do enough to show that, and it was our way to give back and let these families know they’re always going to be here and we’re never going to forget them,” he said. “Any time someone pulls down that street, they’re going to think about that hero and the sacrifice they made for them to be able to be living on that street today. It’s our way of kind of immortalizing them.”

The entrance to The Landing—a modern farmhouse subdivision—is named Conneway Court. Hand Lane is the first right turn, Neenan Drive flows along the back of the community on each side and Watson Park curves to the left.

Before proceeding with the memorial, Gilley and his team first sought permission from the families, who he said were all “very grateful” for the recognition of their loved ones.

“That’s their baby. To us they’re heroes, but that’s still their baby,” he said. “They were very touched. They want people to remember them. If you put yourself in their shoes, they would never be off of your mind. They were touched to know we’re still thinking about them, as well.”

The celebration, as he’s calling it, will be held next Friday at 11 a.m. at The Landing located off County Road 622 in Enterprise. Country music star David Nail is set to perform, and many guests will be in attendance including the families of the fallen, Rep. Barry Moore, Fort Rucker officials and other state and community political figures. Gilley said once word got out about the tribute, they received an overwhelming amount of support and people wanting to be involved.

“We got a lot more support than we were looking for, more than we ever thought. It was just something we wanted to do and so many people have wanted to be a part of it, and I think that’s because Enterprise is so deeply rooted with the military,” he said. “Whether you served or if you come from a military family or not, the military has had a big impact on everyone’s life here. Being a sister town to Fort Rucker, without them we wouldn’t be able to do what we’re doing at all.

“It’s been overwhelming, but it makes me feel good to know that we’re not the only ones thinking about these troops—this whole city is behind them.”

With Enterprise’s long rooted history alongside Fort Rucker and the military comes more heroes to honor, and Gilley said they have multiple phases planned for the community that will follow with this theme.

“We’re going to keep it going. Hopefully, everyone to date will have a spot out here and it can be a place they can rest in peace with their brothers in arms,” he said.

At the age of 22, Sgt. Timothy Conneway was seriously injured in a roadside explosion in Baghdad. He died two days later from cardiac arrest as he was being loaded onto a plane en route to a hospital in Germany. He was assigned to the 3rd Battalion, 75th Ranger Regiment at Fort Benning, Ga.

Conneway knew the risks associated with the career he chose. His father, SSG (Ret.) James Kenneth Conneway, was a career soldier who was proud of his son. The elder Conneway died on April 26 of this year in a motorcycle accident.

Before Conneway died in June of 2000, he found out he and his wife, Catherine, were going to have a son.

Conneway had also earned a Combat Infantryman’s Badge and Parachutist Badge with Combat Jump Device. He was posthumously awarded the Bronze Star for Valor, Purple Heart and Meritorious Service Medals.

Conneway was a Boy Scout in Troop 150 and was also on the JROTC drill team at Enterprise High School. Conneway’s family said he was a bright light to those around him and that his life represents the values of our city, our country and his family.

The community cheered for SPC Andrew Lee Hand on the Enterprise High School football field as a wide receiver and a track star. School officials described Hand as a “gutsy kid with the heart of a lion.” After graduating from EHS in 2004, Hand joined the Alabama National Guard where he was deployed twice before he transitioned to active duty in 2008.

As an active-duty soldier, he moved his wife and two sons to his duty station in Washington State before deploying to Afghanistan.

Hand was assigned to the 5th Battalion, 3rd Field Artillery Regiment, 17th Fires Brigade, Joint Base Lewis-McChord, Wash. He died in July 2010 of injuries sustained when insurgents attacked his military vehicle with an improvised explosive device.

“When SPC Brendan P. Neenan was just a boy and saw those towers go down, he made up his mind about what to do and pursued it,” his father said.

With his father and grandfather both serving as paratroopers, military service has been a tradition in Neenan’s family.

Described by friends and family as a prankster, a fabulous dancer and a guy who worked on cars, Neenan was a 2006 EHS Graduate, a 2010 graduate of ESCC and a former employee of Lowe’s Home Improvement.

Neenan was always concerned about family. When asked what was needed when he was deployed, all he could tell his cousin was just to keep in touch with his stepmother.

Neenan now rests with his mom and step brother.

As a child, Ensign Joshua Kaleb Watson dreamed of becoming a marine. When that dream faded, he decided to become a mechanical engineer.

He joined Enterprise High School’s JROTC program where he became captain of the rifle team. His dad fondly remembers going to Zaxby’s restaurant, where Kaleb worked part-time, to tell his son he had been accepted to the Naval Academy. Watson graduated from EHS in 2014.

“He’s wanted to be in the military since he was 5 years old,” his father said.

Watson was a huge Auburn football fan and a person who put others first and strived to bring out the best in them, according to his family.

At the Naval Academy, Watson was a small-arms instructor, a wrestling coach and a captain of the rifle team.

Despite being heavily wounded by a Saudi terrorist six times while in class at Naval Air Station Pensacola on Dec. 6, 2019, he went out to flag down first responders and give an accurate description of the shooter, saving countless lives. Watson later succumbed to the injuries.

He was posthumously awarded a Purple Heart; Governor Kay Ivey’s Medal Cross; the National Defense Service Medal; and Expert Pistol and Expert Rifle ribbons. Most recently, his name was engraved on Enterprise’s Wall of Freedom at Johnny Henderson Park.

Enterprise City Schools welcomed its newest board member, Jennifer Boykins, to the table Tuesday night for the first meeting of her five-year term.

Enterprise Police responded to reports of a burglary early Sunday morning that left one dead, according to Lt. Billy Haglund.

The Elba City Schools Board of Education accepted the resignation of Elba Elementary School Principal Debra Johnson Strickland, who was arrest…

The Coffee County Board of Education announced the finalists in its superintendent search, including two local educators, at its Tuesday meeting.

Montgomery, Alabama – On Tuesday, Alexander Russaw, Jr., a 40-year-old man from Enterprise, was sentenced to 37 months in prison for being a f…

FORT RUCKER, Ala. — Fort Rucker honored the life and sacrifice of one of its own when the post renamed Third Avenue to Mayfield Avenue during …