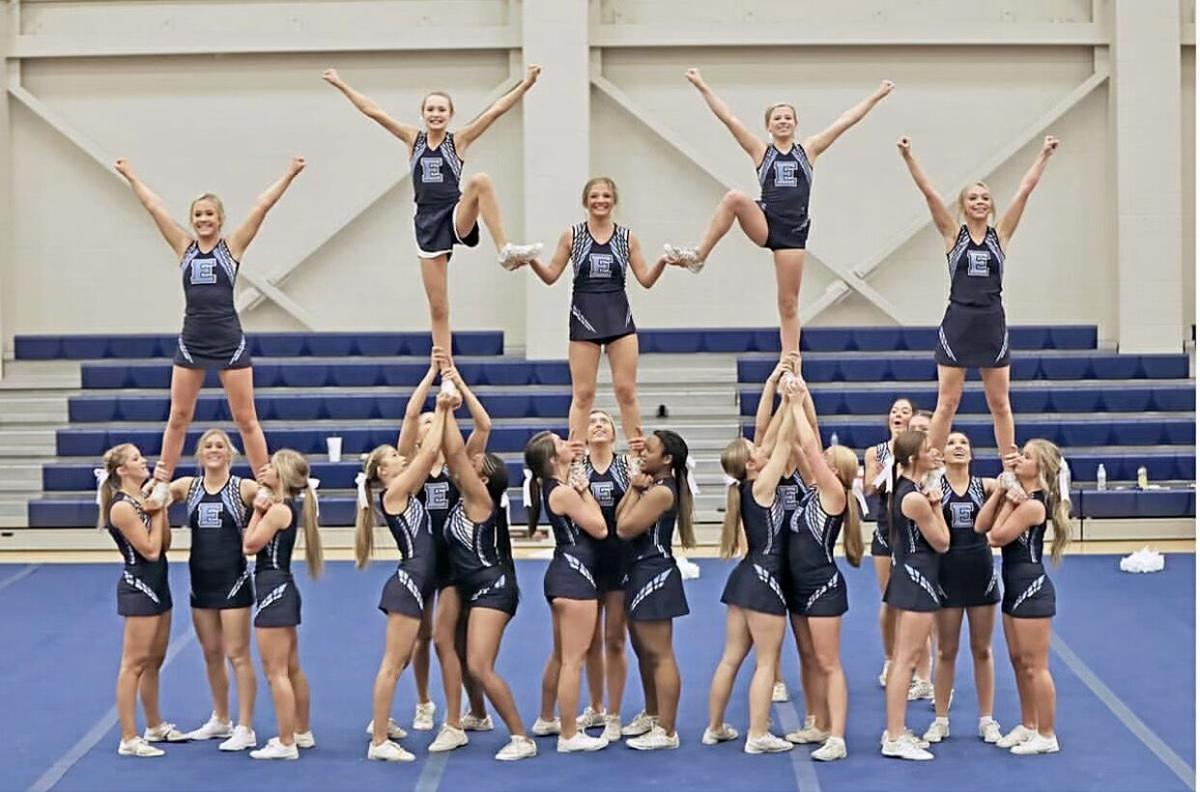 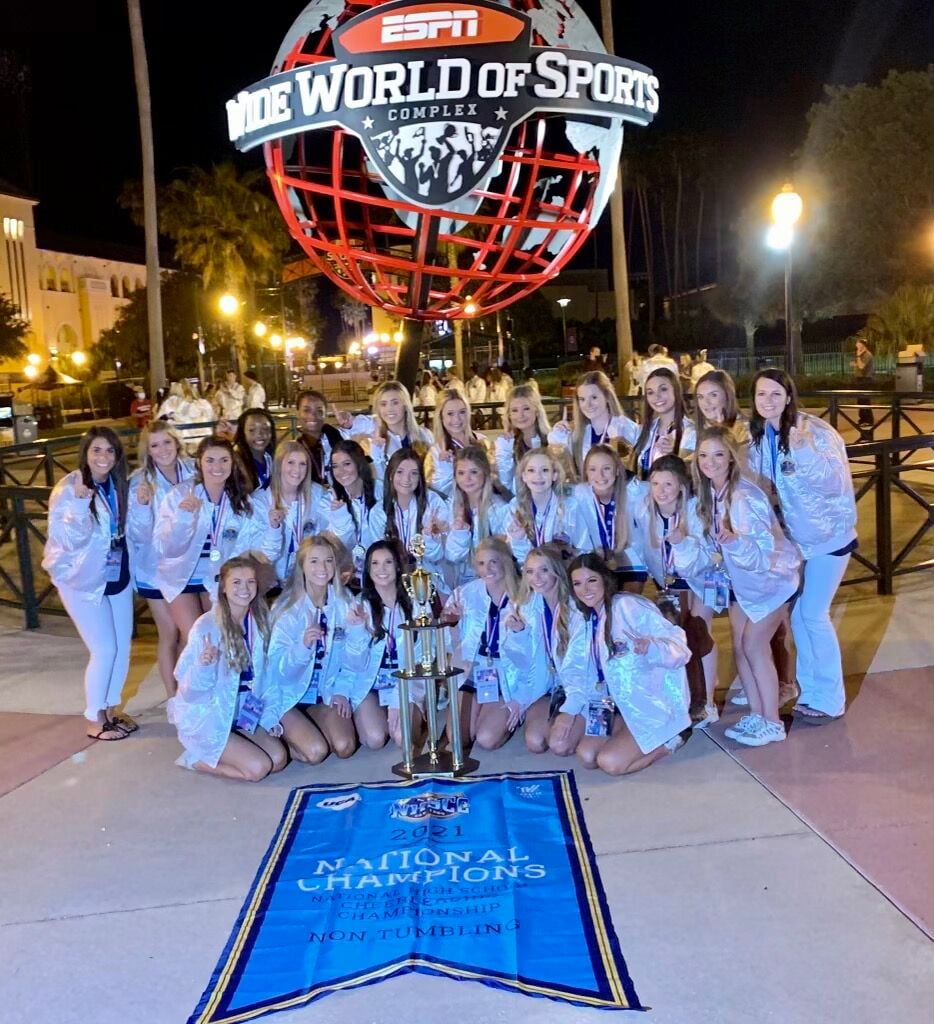 In just her third season as head coach—and her second competition season—Carly Pollard and her squad have made Enterprise history two years in a row by placing in last year’s competition and now by bringing home Enterprise’s first ever cheer national championship.

The squad was ranked first after the semi-final competition last year, but things went awry during finals and they finished in seventh place. Pollard said despite making school history, the way things ended left a bad taste in their mouth and they wanted to make it right this time around.

“When I first got hired here, this was one of my main goals because Enterprise had never won a national title,” she said. “Based on the results last year, the girls were very determined and they had a goal to come in and hit two solid routines, and that’s exactly what they did. I felt like they weren’t as prepared last year as they could have been, so my goal this year was just to prepare them for two solid routines.

“It’s funny, right before we went on the final day, a senior looked at me and said, ‘I feel like we’re just so much more prepared this year.’ And I was like ‘Yes, that’s my goal!’ It all fell into place. It’s been amazing.”

COVID-19 threatened to disrupt their plans, but they adapted. Instead of starting practice in March like normal, they were forced to push it back to June, and where they would normally attend a UCA summer training camp at the University of Alabama, they instead had a home camp with a UCA trainer. Pollard said she was proud of her girls’ resiliency.

“There were a bunch of things we couldn’t do this year, but they really stuck in there,” she said. “It was a big change for everyone, but I think they were just happy to be doing something, period.”

With competition looming just eight months away in February, Charlton said they knew it was time to get serious, and they spent the rest of the summer and through football season preparing; however, COVID again caused a rift and the decision was made in December to push back the competition to March. Several weeks later, it was again pushed back to the end of April to see if it could be held in person.

Despite the uncertainty surrounding the event, Charlton said they were grateful for the extra time to perfect their routine.

“It gave us more time to prepare our routine and do the best we could do, so for those four months we practiced every single day and made sure what we went to Orlando with was our best routine,” she said. “It took a lot of practice and a lot of tries to get everything the way we wanted it. In order for us to come together as a team, we really had to communicate with each other and make sure we were all on the same page.”

While the event was held in person, there was also a virtual portion for teams who were unable to make the trip. Enterprise was one of two teams to compete in the live event, and several more competed virtually from Minnesota, Florida and Louisiana.

A week after their win, Charlton said the moment still feels surreal.

“I’ve never seen a group of girls get so excited in my entire life. It’s honestly still such a surreal experience,” she said. “It’s something that I’ve personally wanted for the last four years of my high school cheerleading career. We always see the girls in the white jackets at nationals, and to finally have one myself and to finally be able to represent our school that way, it’s just been insane.

Five other seniors will get the honor of wearing those white jackets: Lindsey Bailey, Lauren Bailey, Tatum Taylor, Emily Little and Madyson Reavis.

Instead of naming team captains, Charlton said the seniors are expected to be the leaders of the team and to set the example for the rest of the squad. When asked if she had any advice to pass on to the rising group of seniors, she said to never take a moment for granted.

“Going into your senior year, remember that this is your last opportunity to do this. Put everything you have into and never take that time for granted,” she said. “Looking back, even though there were times I dreaded going to practice, all I want now is to have that routine to practice every day again. Always put forth your best work in everything you do.”

UCA was founded in 1974 by Jeff Webb to provide the highest quality educational training for cheerleaders with the goal of incorporating high level skills with traditional crowd leading. Today, it is the largest cheerleading camp company in the world, training over 180,000 cheerleaders every summer at over 3,200 sessions across the country and holding over 50 regional events nationwide. Events are nationally televised on ESPN, ESPN2, ESPNU and CBS Sports to over 100 million homes and 32 countries each year.

Girls' soccer sent off to Final Four match with a bang

Despite Mother Nature causing a second fishing tournament to be canceled just the day before, the Zion Chapel Bass Team was able to compete in…

May Day is a day of celebration.

And then there were nine.

ESCC falls to Coastal-North on the road