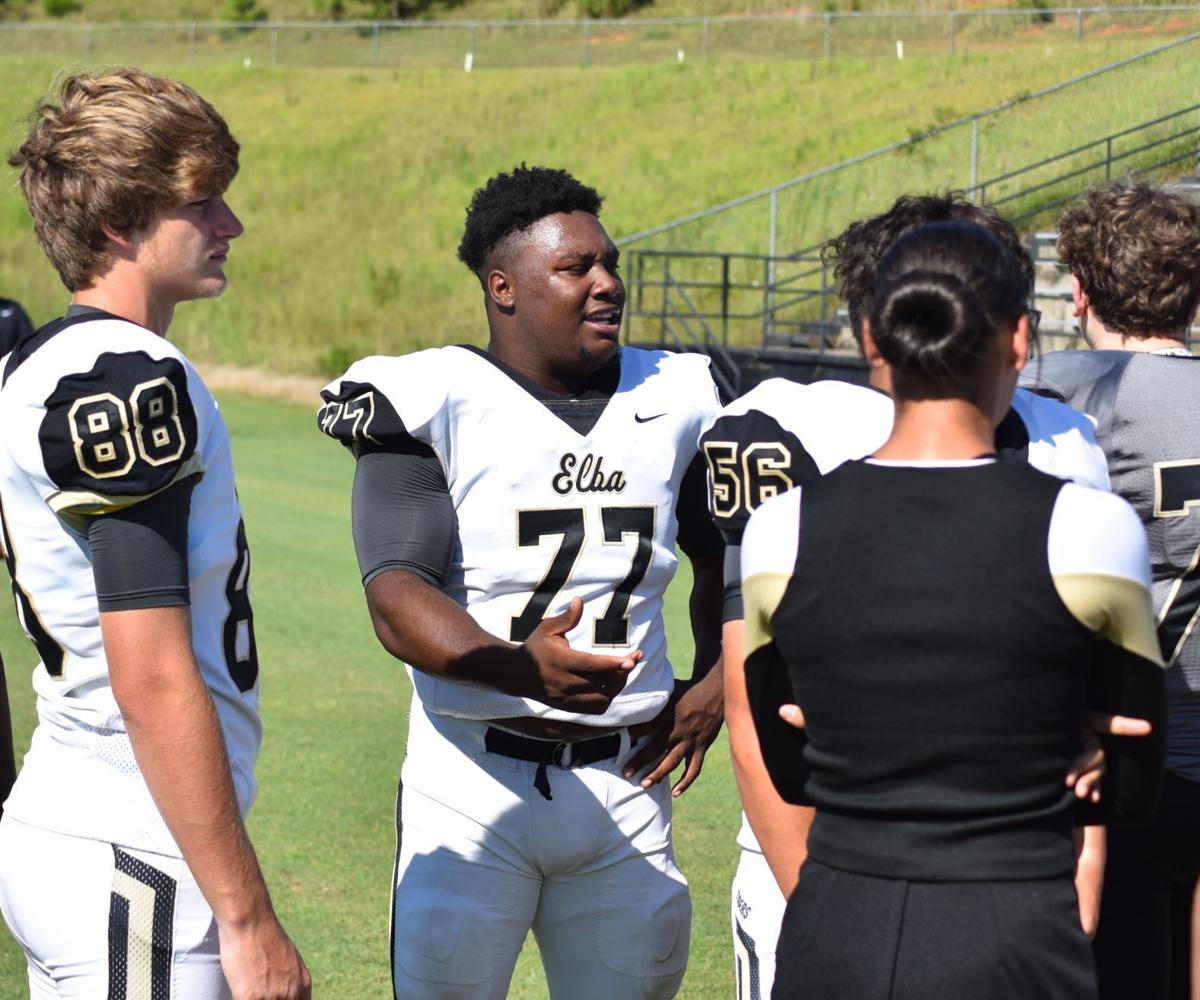 Elba's Crashade Griffin (77) cuts up with teammates during the Tigers' Picture Day on Tuesday morning. 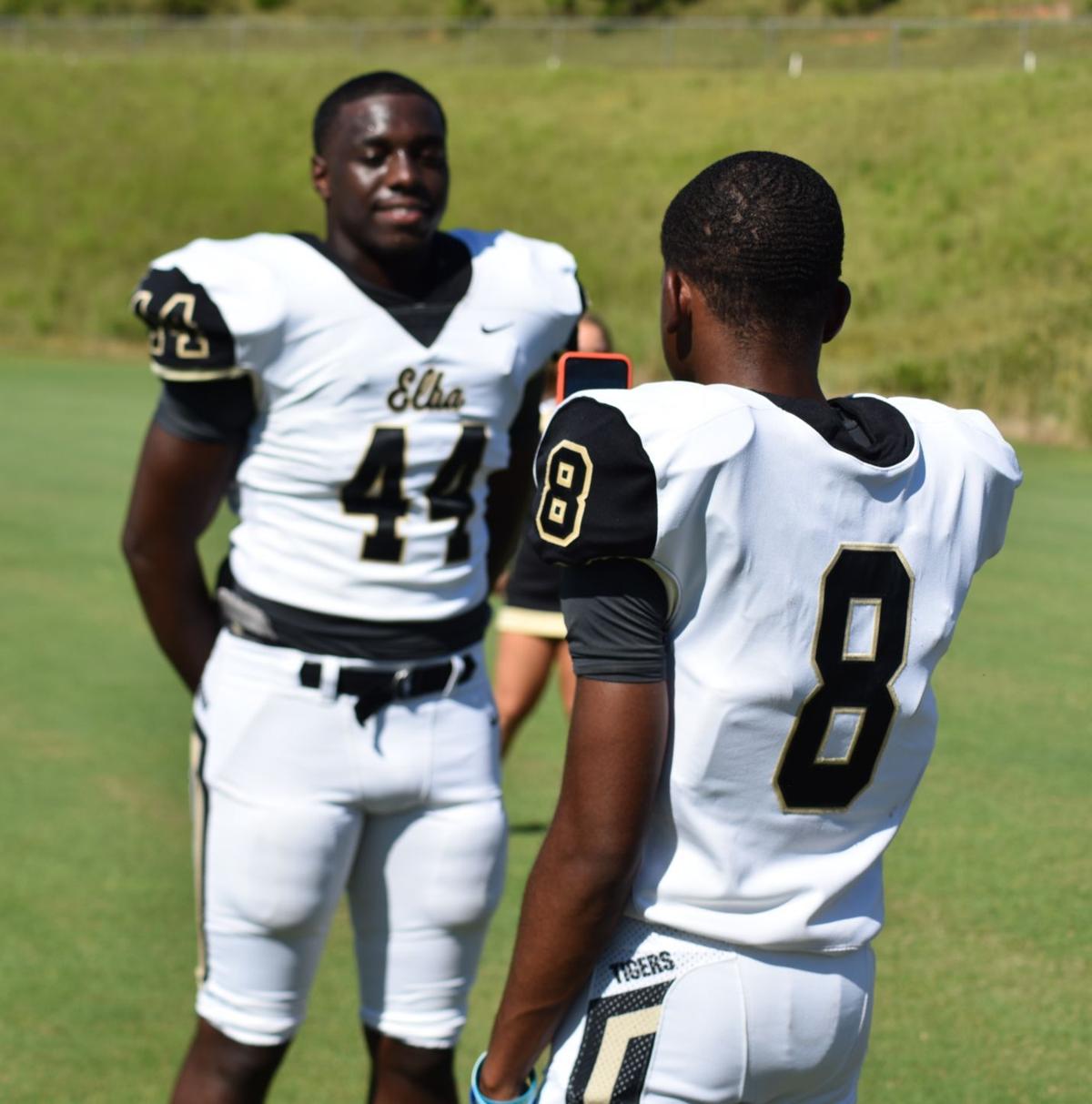 It was Picture Day for Elba football — and the Tigers’ bright white jerseys practically radiated on a blistering, sun-filled morning.

“Seeing our guys out here makes it real,” first-year Elba head coach Marc Sieving said. “It tells you you’re close. It’s awesome to have them dressed up and looking good and excited about practice.”

The Tigers will move back up to Class 2A this season and will play in a region with Abbeville, Ariton, Cottonwood, Geneva County, Houston County, G.W. Long and Zion Chapel.

Sieving said his players have invested a lot this summer.

“We’ve still got a long way to go. We’re not done yet, but definitely pleased with the summer and really looking forward to the days we can actually practice,” the coach said, referring to Monday’s scheduled opening of practice. “We’re going to give them the rest of this week off and when we come back Monday we’re be at full speed.”

A first-year varsity head coach, Sieving said he was excited, but mainly for his players.

Gamecocks getting sharp as start of practice approaches

Elba's Crashade Griffin (77) cuts up with teammates during the Tigers' Picture Day on Tuesday morning.