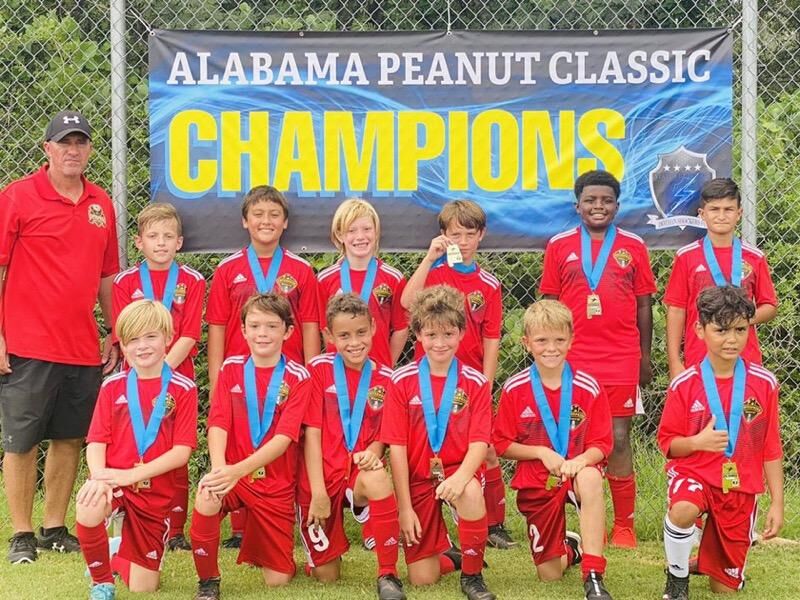 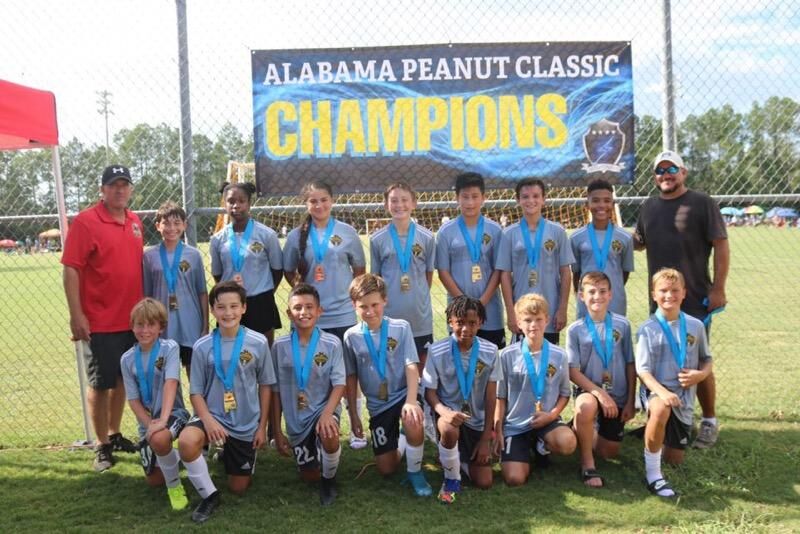 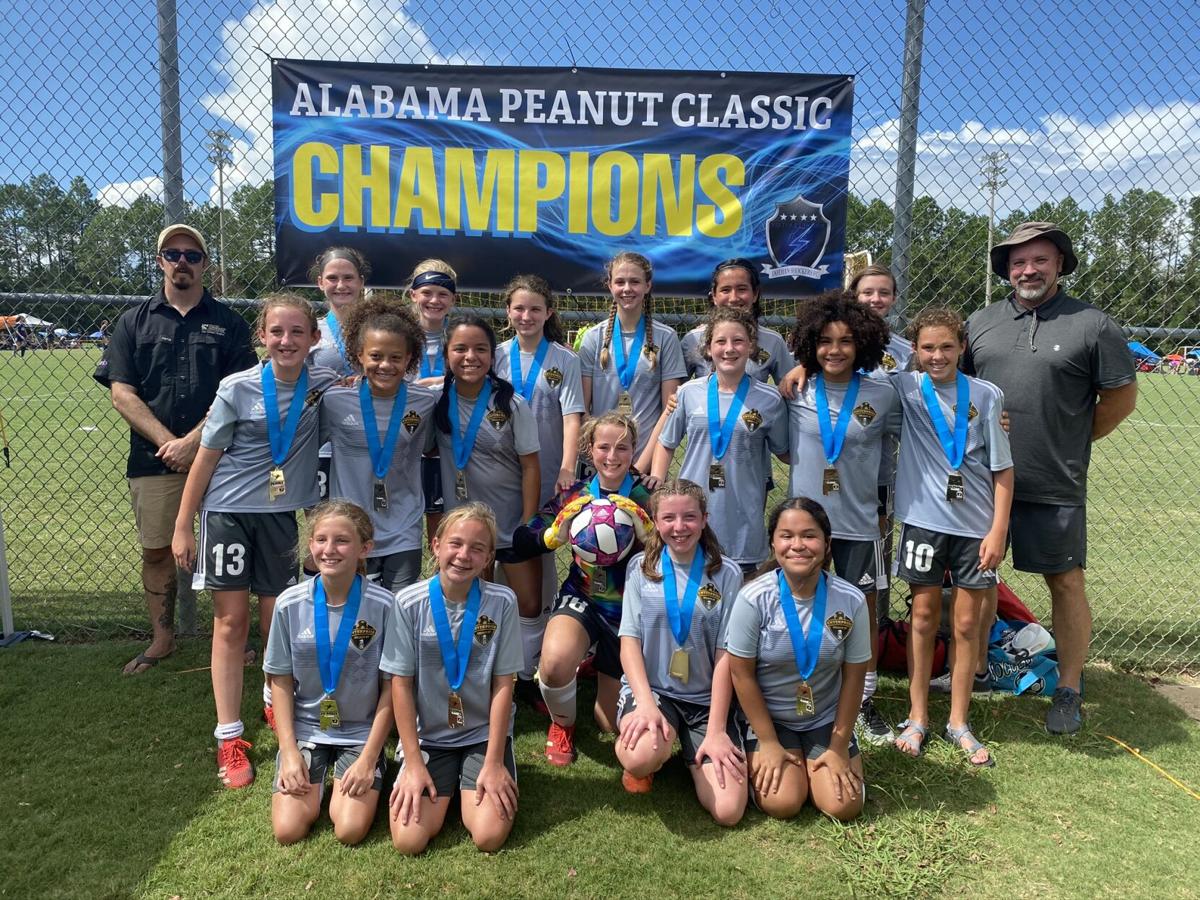 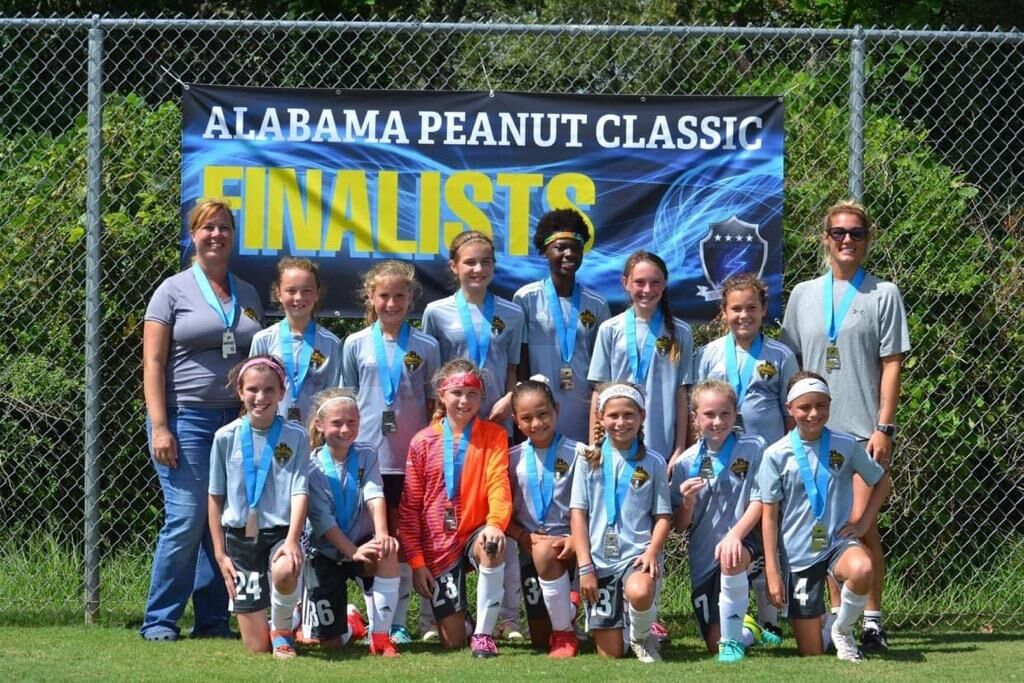 The Enterprise Select Soccer Club had five team competing in the Alabama Peanut Classic in Dothan recently and came back with three age group championships and one second-place finish.

On Sunday in the championship match versus the Dothan Shockers 10 the match ended tied after regulation and tied after overtime. They went to a penalty kick shootout to determine the winner. ESS 10 won by one goal to win the title.

ESS Strykers 09 Girls in the 12U girls bracket won their first match on Saturday versus Auburn Thunder Girls 9-0 and lost to Bay United Girls 08/09 3-1.

In the semifinal match on Sunday it was a rematch against Bay United Girls. The ESS Strykers played an incredible match. It was tied after regulation and in the second overtime the Strykers scored on a penalty kick and held on for the 2-1 win.

In the championship match the girls played hard and gave it their all, but came up short losing to the Dothan Shocker Girls to come in second place. The ESS Strykers started the season unranked, but after a great showing at the tournament they are the now the 10th-ranked 12U girls team in the state.

ESS Wolfpack 07/08 Girls played in the 14U Girls bracket. The Wolfpack girls got off to a slow start vs. the Dothan Shockers 14U girls and lost 5-1. They woke up in their second match vs. East Alabama United, winning 7-2.

On Sunday in their semifinal match vs Florida Roots FC girls the Wolfpack girls won 3-0 to set up a rematch against the Dothan Shockers 14U girls in the championship match. The Wolpack girls came ready to play this time and won 3-1. ESS Wolfpack 07/08 Girls are currently the 10th-ranked 14U girls team in the state.

“I’m so proud of all our teams, players and coaches. They all did a great job at the tournament and in representing the club and city of Enterprise,” Club director Marco Lascano said.

It was hard to tell with the naked eye which was colder Monday night, the air outside Ray Lolley Gym at Enterprise State Community College or …

Chipola College’s Indians held onto their No. 7 national ranking at the expense of Enterprise State Community College’s Boll Weevils with an 8…