Foootball, volleyball, cross country and cheerleaders all participated in New Brockton's Picture Day at the school on Thursday. 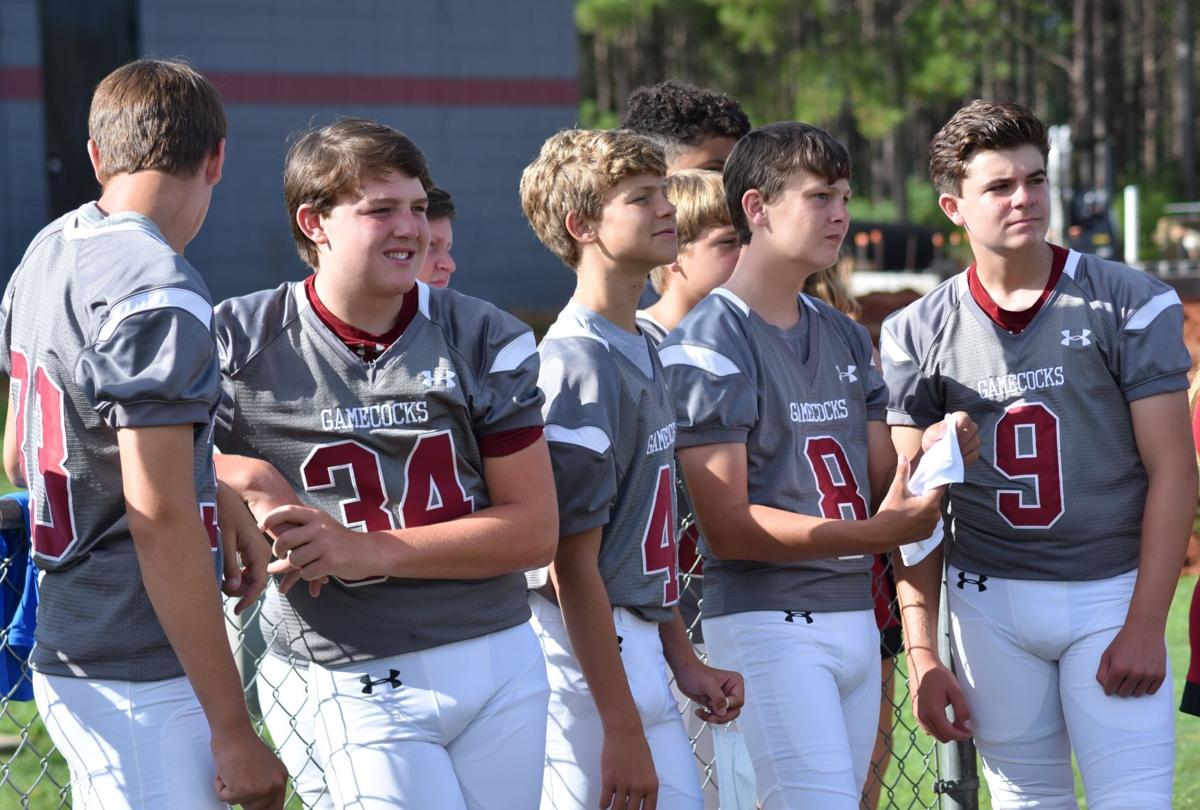 It came a day after the announcement that the AHSAA plans to start fall sports on time, as scheduled.

“We’re going to play!” Gamecocks coach Zack Holmes said, crediting AHSAA Director Steve Savarese’s leadership. “I think the AHSAA has done an outstanding job of taking their time making a great decision and understanding the importance of athletics for our young people.

“But then on top of that, we’re going to do this the best way possible — safely. We’re not putting kids in danger.”

That news, coupled with seeing his team in uniforms, was a good feeling.

“Picture Day always makes it real,” Holmes said. “It’s good to see guys in their jerseys and pants and smiling and happy. I think about our guys and where they were at when we started — even in January. And now where we’re at is just an awesome place. Really excited about playing and hope everything goes to plan and we get to play the season as normal.”

Practice starts on Monday morning. The Gamecocks, as every team, will not be in pads during the first week, but they will be practicing, not just working out.

“The days actually get a little shorter for the kids. Summer is a grind for the kids if you’re lifting and doing football. The days will get shorter, but a lot more football stuff.”

Enterprise again stayed alive in the Dixie Pre-Majors World Series, holding off a late rally and defeating Portland, Tenn., 6-5 in an eliminat…

The Enterprise Aces bounced back Sunday and stayed in contention at the Dixie Pre-Majors World Series with a pair of victories in elimination games.

Foootball, volleyball, cross country and cheerleaders all participated in New Brockton's Picture Day at the school on Thursday.