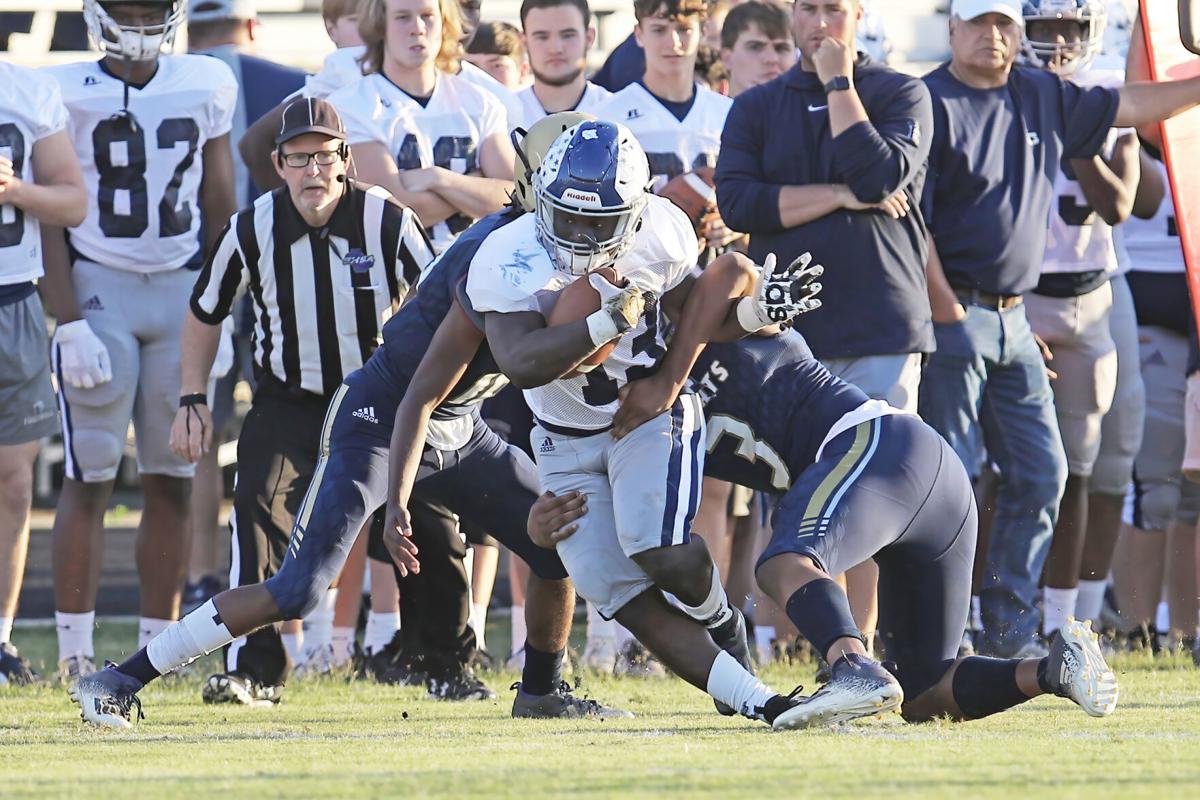 Senior Zy’Air Boyd split two Early County defenders on one of his 17 carries during May's spring game. Boyd was responsible for two of Enterprise’s six touchdowns, 2-yard and 36-yard runs both in the fourth quarter, and claimed 126 yards out of the 400 team rushing total. 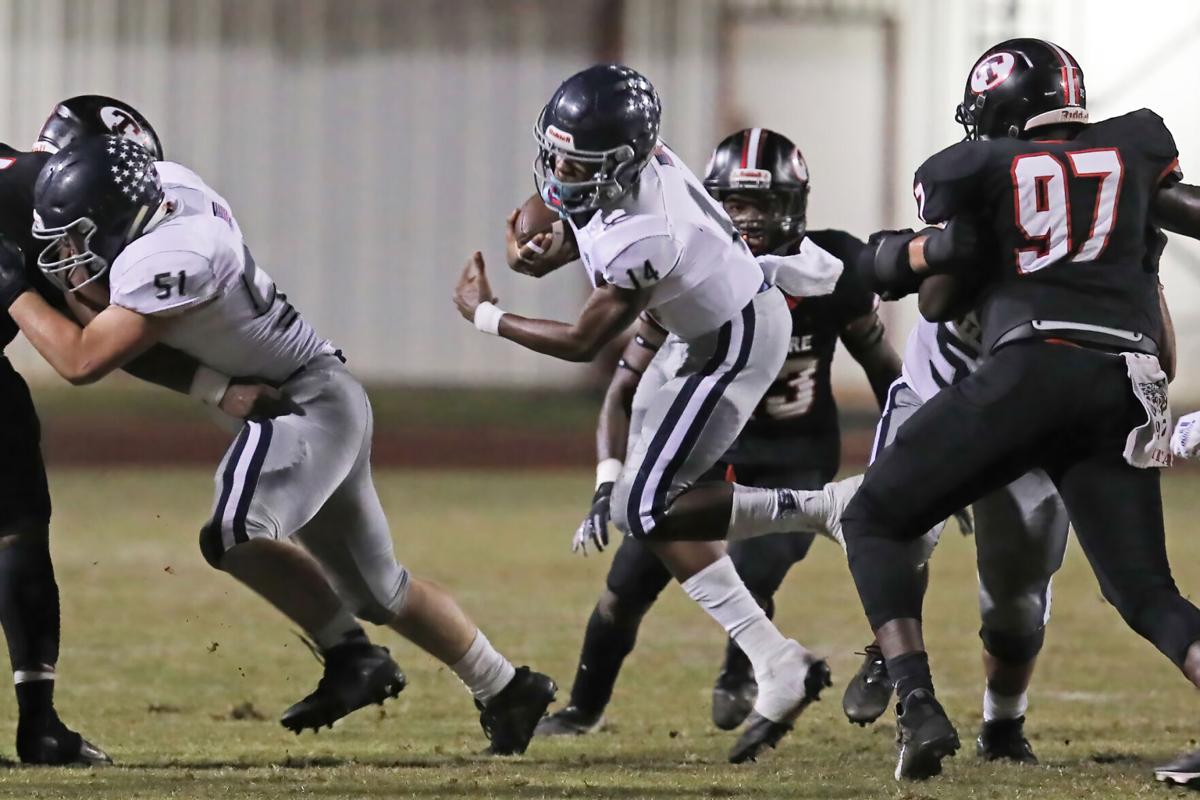 The Wildcats and Tornadoes are not strangers; tonight marks the 12th meeting in a series that began more than a half century ago.

Even though 54 years have passed since that first game, Bay wasn’t the first Panama City team to face Enterprise.

Details are beyond sketchy, but history recorded a 19-18 loss to Panama City High in 1929, when the Wildcats represented Coffee County High School (1913-1952).

As Enterprise began to outgrow most neighboring Wiregrass Area towns and schools, the Cats began facing teams from larger towns, including a renewal of the Dothan High rivalry (1961), plus Montgomery (1963) and Panama City (1965), during a 20-year span that saw all Wiregrass opponents except Dothan, and occasionally Eufaula, Charles Henderson and Carroll, disappear from the EHS schedule.

In ’65, the Paul Terry-coached Cats traveled to Panama City and beat Rutherford High’s Rams, 32-6, on October 15, a game recalled recently by Charlie Abernathy as a slobber-knocking, hard-hitting battle played under slightly different rules from those in Alabama from start to finish.

Abernathy, a captain on that 9-1 team, intercepted a critical Rutherford pass.

Against Rutherford all-time, Enterprise trails 5-6 and holding since 2004.

Other horrible losses in that 1967 campaign came against Central/Phenix City, Dothan and Carroll, festered boils still stuck on your scribe’s backside.

Enterprise had a late opportunity to tie the inaugural Bay meeting, but quarterback Joe Bynum’s pass was handled and almost caught by a wide-open receiver late in the game.

Enterprise and Bay last played in 2005 with the Cats holding a 6-5 series lead.

All told, including EHS’s 5-4 lead against Mosley High, Enterprise is 16-16 against Panama City schools.

This is Bay’s first trip to Wildcat Stadium and tonight’s game is the first varsity game on the recently installed artificial surface with navy blue end zones adorned with “Wildcats” in large white letters.

The Cats have but three road trips: Prattville, Smiths Station and Auburn, all in October.

Oh, careful readers might have noted the wide receiver who almost caught the critical pass against Bay in ’67 wasn’t named.

There’s really no reason to mention it.

He was offsides at the snap.

No, it wasn’t your scribe who only took the field as usual, saxophone to lips, mostly at halftimes 1963-67 …

Senior Zy’Air Boyd split two Early County defenders on one of his 17 carries during May's spring game. Boyd was responsible for two of Enterprise’s six touchdowns, 2-yard and 36-yard runs both in the fourth quarter, and claimed 126 yards out of the 400 team rushing total.