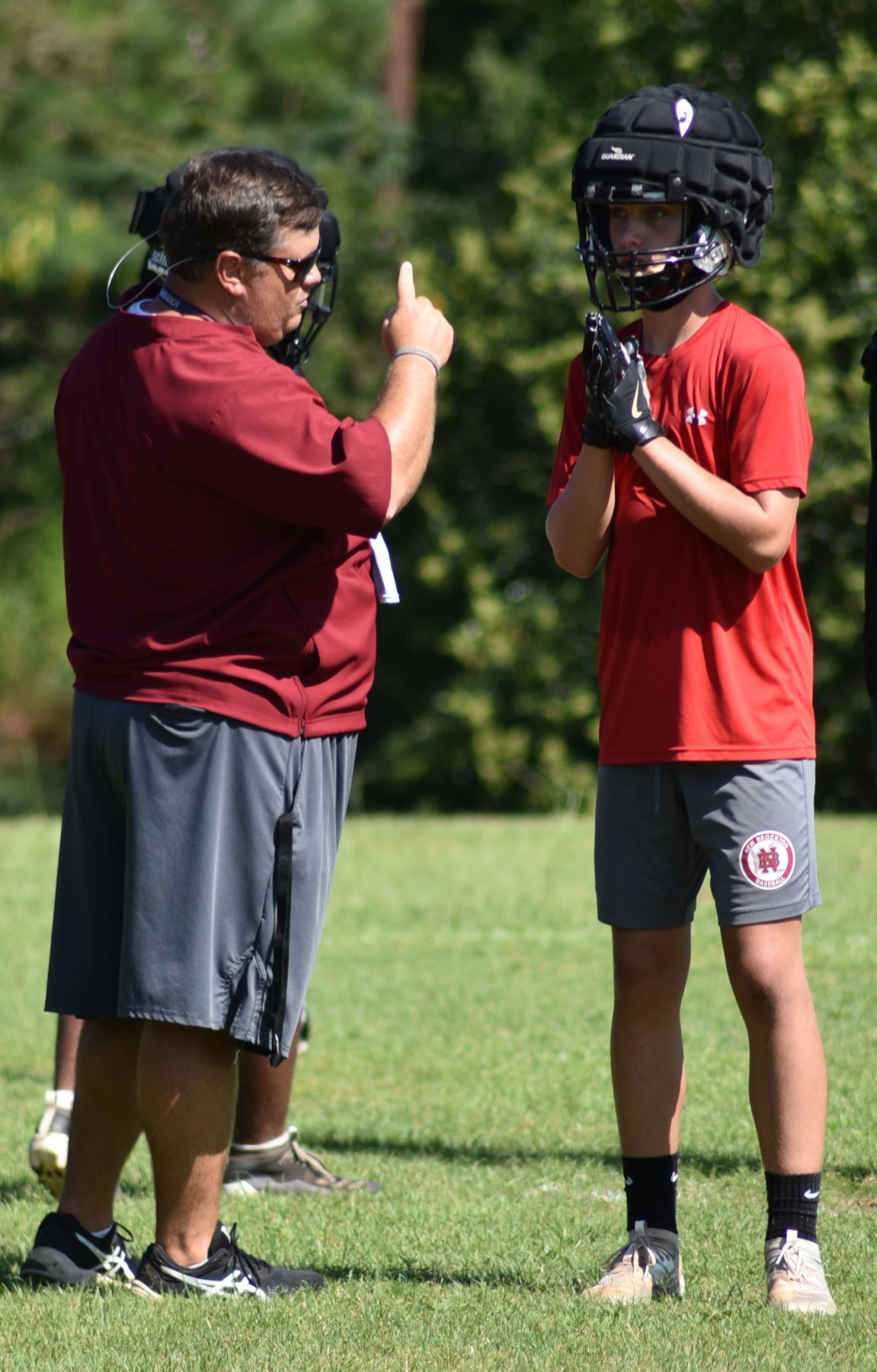 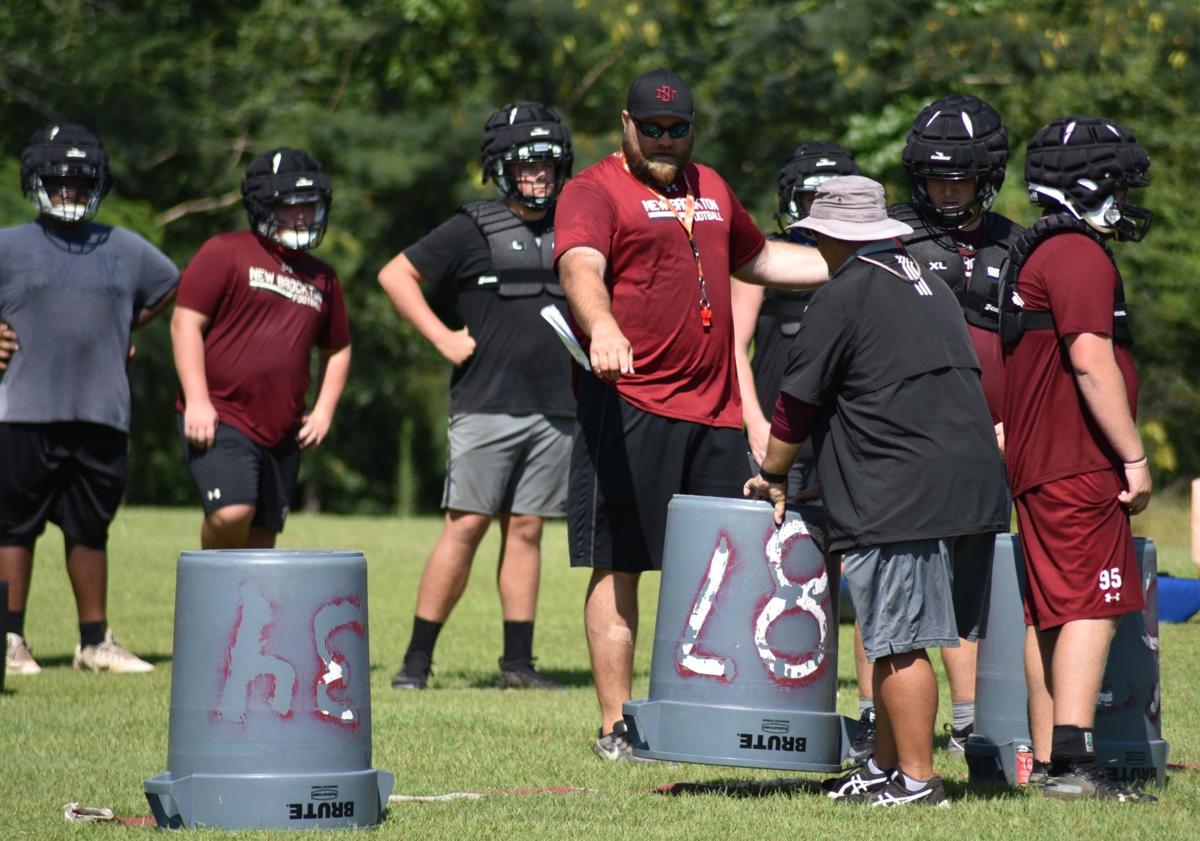 New Brockton defensive line and strength and conditioning coach Matt Sanders goes over different formations during a segment with his group in Monday’s workout.

Gamecocks head coach credited the arrival of some new faces with lightening the mood.

“The exciting thing today was it was the first day those young kids were out there,” Holmes said after the workout. “We had our seventh and eighth graders out there and it was good to see them actually play a little football and get after it. That was fun to see.”

The varsity players have had a great attitude all summer, the coach said.

“They’re starting to get it figured out as far as having a blue-collar, come-to-work, get-it-in mentality,” he said, noting the sharpness of quarterback Kaden Cupp working with his receiving corps. “What’s exciting is the windows we’re throwing into and catching the ball are getting small. That’s good. That means defensively we’re guarding close.

“He made some good throws today. When the defense is close, everyone else has to be better. I thought today the execution in that skel period was really good and we installed a couple new things.”

“I think we’re in a really good spot and we’re about to get five extra days of practice starting next Monday,” he said, referring to the official start of practice on July 27.

The Gamecocks have their Picture Day on Thursday morning and will take the rest of that day off.

“That gets them a four-day weekend going into the start of practice,” Holmes said, adding he is mindful of keeping the players hydrated on these blistering days with temperatures in the mid-90s.

In fact, with practice starting a week earlier than normal, he said that will be a priority early in camp.

“You have to consider these kids have never been through practice for three weeks and then playing,” Holmes said. “It’s always been two weeks before you play. The way the calendar fell, we used to start the first week of August. Then it’s usually only two weeks and then it’s Week 0. They’re going to have an extra five days of practice on their bodies this preseason.

“I think it’s important that they have their legs under them rolling into the season. Once they get tired, it’s going to get hard to get them back. The kids will fight through it, but I want them to feel good when they play. I want them to feel fast, to feel fresh. This time of year is really important making sure they come in like that.”

New Brockton defensive line and strength and conditioning coach Matt Sanders goes over different formations during a segment with his group in Monday’s workout.