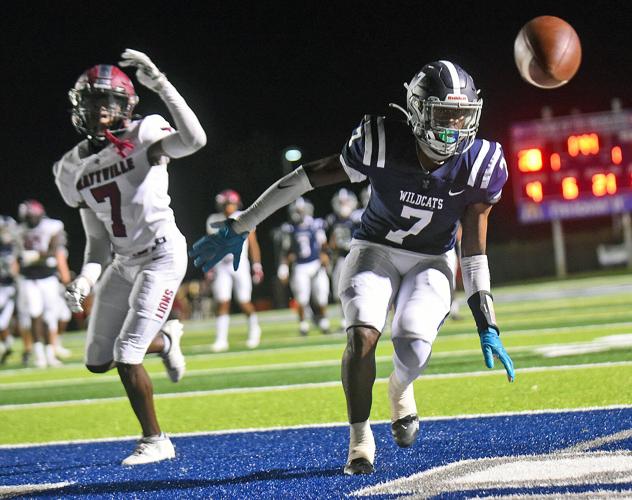 Enterprise running back Mykel Johnson has a pass broken up in the end zone by Prattville defender Zay Parrish during a game in Enterprise last Friday night. This Friday the Wildcats play the Dothan Wolves at 7 p.m. at Rip Hewes Stadium. 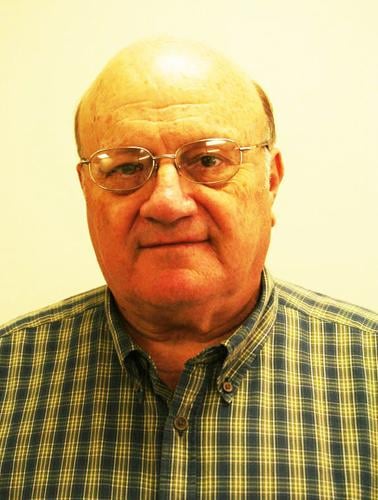 Ricky Adams For The Ledger

It’d be impossible finding a sports day more unforgettable in the House of Adams than Friday, Nov. 17, 1961.

The Bears downed Zion Chapel, 7-6, in the first game your scribe saw players run through paper hoops taking the field.

The first lad through one hoop tripped, stumbled to the ground and got piled upon by teammates, but that’s not why the date/situation are remembered.

As historical Americans recall, President John F. Kennedy was assassinated in Dallas the next day.

Another memorable day was July 18, 1961, during breakfast at the E-Town Motel in Elizabethtown, Kentucky.

After we’d ordered, Daddy handed over a newspaper sports section with this front-page, above-the-fold headline: “Hall of Famer Ty Cobb Dies at 74.”

Back to Nov. 17, 1961, a day EHS, including halfback Herbie Gannon, “33,” faced Dothan High School’s Tigers in R.L. Bates Memorial Stadium, the first game between the teams since our good guys were cheated out of a win in Dothan.

On a day that lives in infamy, Oct. 6, 1944, a late flag, negating then-Coffee County High School’s winning touchdown in what became Dothan’s 12-7 win put the quietus on the rivalry for 17 years.

There were interesting numbers in the stadium’s 30th varsity game, where before kickoff, all six EHS teams at home there were a combined 25-3-1.

The losses came in 1958; one was the only setback against Carroll High in Bates EVER.

The 7-7 tie was with Eufaula in 1960, the year The Birmingham News proclaimed Enterprise state champions.

That ’61 rivalry renewal was the last EHS game for coach Morris Higginbotham (1959-61), who produced a 27-2-1 record before leaving for Hueytown, taking along sons Robert and Steve, who played at Alabama, and Frank, who played at North Alabama.

Steve was an All-SEC defensive back and Robert became a coach and joined his dad in the Alabama High School Athletic Association’s Sports Hall of Fame.

Playing their last EHS game in the ’61 Dothan game were Jimmy Carroll, who played at Alabama, coached at EHS and Livingston (West Alabama) under the late Morris Higginbotham, and was assistant athletic director under the late Ray Perkins at Alabama; Lee Warren, later a topnotch Gulf South Conference official; and the late Jim Dyar, who played at Houston and Auburn and coached under Johnny Majors at Iowa State/Pittsburgh/Tennessee.

Warren was feverishly sick but played against Dothan; his back-up, sophomore Gannon, wasn’t/didn’t.

Tonight, the 2022 Cats (3-3) have an opportunity to improve to 3-1 against Dothan’s Wolves (4-2), in EHS coach Ben Blackmon’s first Rip Hewes Stadium varsity game.

These Cats can win tonight.

Victory tears will be sweet …

‘What in the World’s Come Over You,” the title of Jack Scott’s January 1960 No. 5 hit song, resounds with briefest of glimpses of January 1-21…

The Enterprise Parks and Recreation Basketball season is officially underway with more than 500 participants.

Enterprise running back Mykel Johnson has a pass broken up in the end zone by Prattville defender Zay Parrish during a game in Enterprise last Friday night. This Friday the Wildcats play the Dothan Wolves at 7 p.m. at Rip Hewes Stadium.