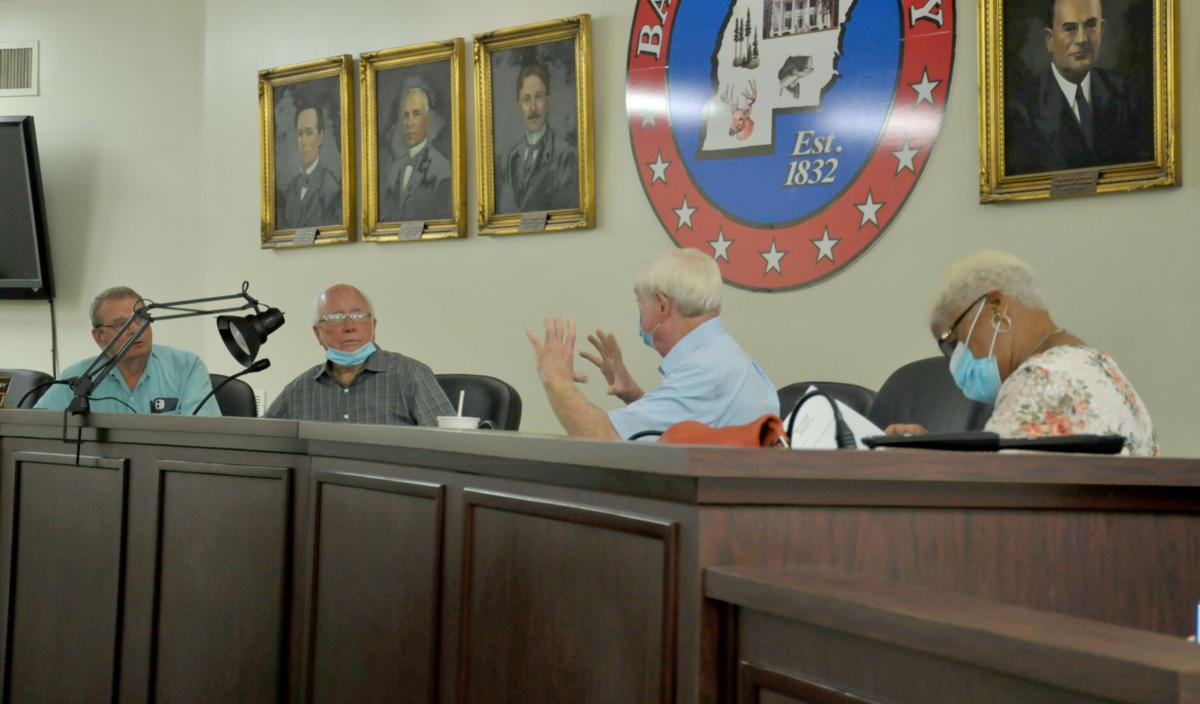 Pictured is one of the buildings that will become part of the new Eufaula Courthouse complex when renovations are complete.

Barbour County Commissioners met Wednesday morning to pass a vote on approving a contract with local architectural firm, Blondeim and Mixon, to start the process of bidding out work on the new location for the Eufaula Courthouse.

Several commissioners pushed for the contract to be approved during the July 22 meeting after some of them met with the local firm to get clarification on several items including the fee schedule for the project.

Wednesday’s vote tally to approve the contract was four commissioners voting yes — Earl Gilmore, McGilvray, Straughn, and Rachel Smith; with Francis Crews being the sole no vote on the issue. Commissioner Stan Adams and Pat Ivey were unable to attend the meeting due to conflicts with work.

The contract that was approved was only for the firm to put the jobs out for bid, not for any work to be done yet.

Several Commissioners attempted to pass the contract vote during the regular session meeting that was held last week on July 13, but fell one vote short after Straughn left following the work session that was held prior to the regular meeting. A roll call vote during the regular meeting yielded yes votes from Commissioners Gilmore, McGilvray and Smith with no votes coming from Adams, Ivey, and Crews. Straughn’s vote last week would have been the tie breaking vote had he stayed for the second meeting.

The subject of a new courthouse in Eufaula has been a very contentious subject with commissioners from the western side of the county, with the exception of Smith, voting no on almost everything to do with the project.

During the July 13 meeting, Ivey said that her constituents were not in favor of spending money on a courthouse in Eufaula and as such she would not support the project, Adams agreed with her. Some of Crews’ dissension with the project comes from the way some previous issues were handled surround the project.

Pictured is one of the buildings that will become part of the new Eufaula Courthouse complex when renovations are complete.