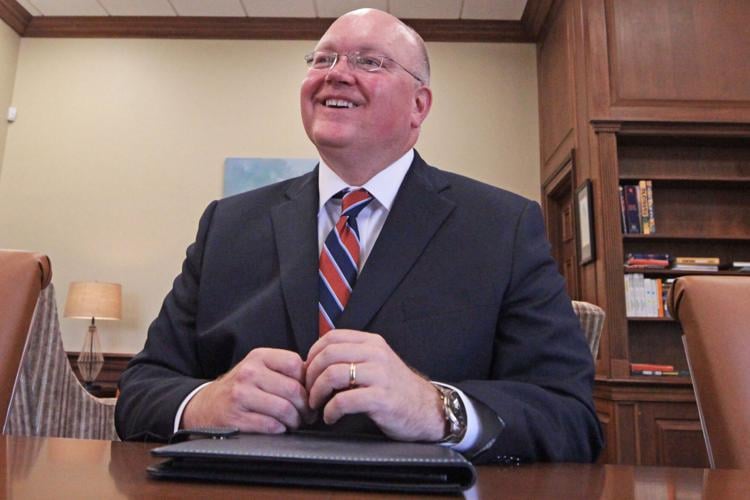 New Auburn president Chris Roberts speaks during a meeting with the Opelika-Auburn News on his first day on the job May 16 in Samford Hall. 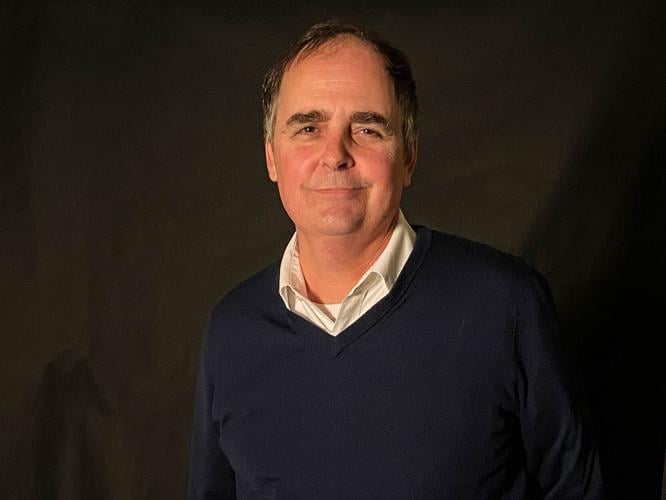 LaFayette native Dimon Kendrick-Holmes is the editor of the Opelika-Auburn News.

On Monday, I googled “Steven Leath.”

I had a meeting later that day with Chris Roberts, the brand-new Auburn president, and so I was brushing up on my AU presidential history.

Helpfully, Google recommended several more specific searches, and at the top of the list was “Steven Leath Gus Malzahn.”

Leath, of course, was on watch at Samford Hall in 2018 when Malzahn became the fifth highest paid football coach in America, behind Nick Saban, Jimbo Fisher, Dabo Swinney and Jim Harbaugh. That’s what most people remember best about Leath’s tenure.

That alone doesn’t explain why his tenure at Auburn lasted two years, but that’s what most people, at least most people googling stuff, remember about him.

When I saw that, I started wondering how a university president wins.

We know how a college football coach wins: he, um, wins.

But how does a university president win?

Sure, numbers are involved, in things like fundraising and recruiting and retention and research and academic performance.

If they’re alarming enough, those numbers can show that you’re losing but, unlike the numbers on the scoreboard at Jordan-Hare Stadium, they don’t necessarily show you’re winning.

Listening to Chris Roberts on Monday, I got a sense of what winning looks like.

It’s all about the students.

As dean of the Samuel Ginn College of Engineering, Roberts knows how to build teams and delegate and set a vision and achieve goals and raise money and everything else, and as a president who understands the Auburn culture, he’s ready to do those things on a larger scale.

But he was most animated when he was talking about students.

“I love walking across campus, stopping students, asking them what they’re working on, where they’re from, what they intend to do next,” he said, “so I don’t intend to stop doing that.”

A former Pell Grant student who worked the midnight shift in a hospital and played guitar in coffee shops to put himself through college, Roberts says he’s focused on making Auburn University “accessible” and “affordable” to students, “where this would be a life-changing opportunity for them and their families.”

“It’s not about academic content,” he told me. “It’s about academic content coupled with a rich set of experiences we can provide our students inside the classroom and outside the classroom to allow them to grow and begin to reach their full potential, but to have the confidence that throughout their lives and their careers they can reach their full potential, and to strive for that.”

So how does a university president win, besides not appearing to do anything to help the football team lose?

This one plans to win by giving students opportunities to grow while they’re here so they can do great things when they leave.

Dimon Kendrick-Holmes is editor of the Opelika-Auburn News. Email him at dkendrick-holmes@oanow.com

Sam Miller shares about his experience at Boys State

"While the political part of the camp was fun and interesting, it was the friends and connections I made along the way that are the most meaningful to me"

What was once a golf course has been transformed into something new at Lakepoint State Park.

A few hours after officially being approved as Eufaula’s new head football coach Tuesday night, Jerrel Jernigan stepped away from his 33rd bir…

For more than 10 years, Wallace Community College practical nursing students from both the Sparks campus in Eufaula and the Wallace campus in …

New Auburn president Chris Roberts speaks during a meeting with the Opelika-Auburn News on his first day on the job May 16 in Samford Hall.

LaFayette native Dimon Kendrick-Holmes is the editor of the Opelika-Auburn News.