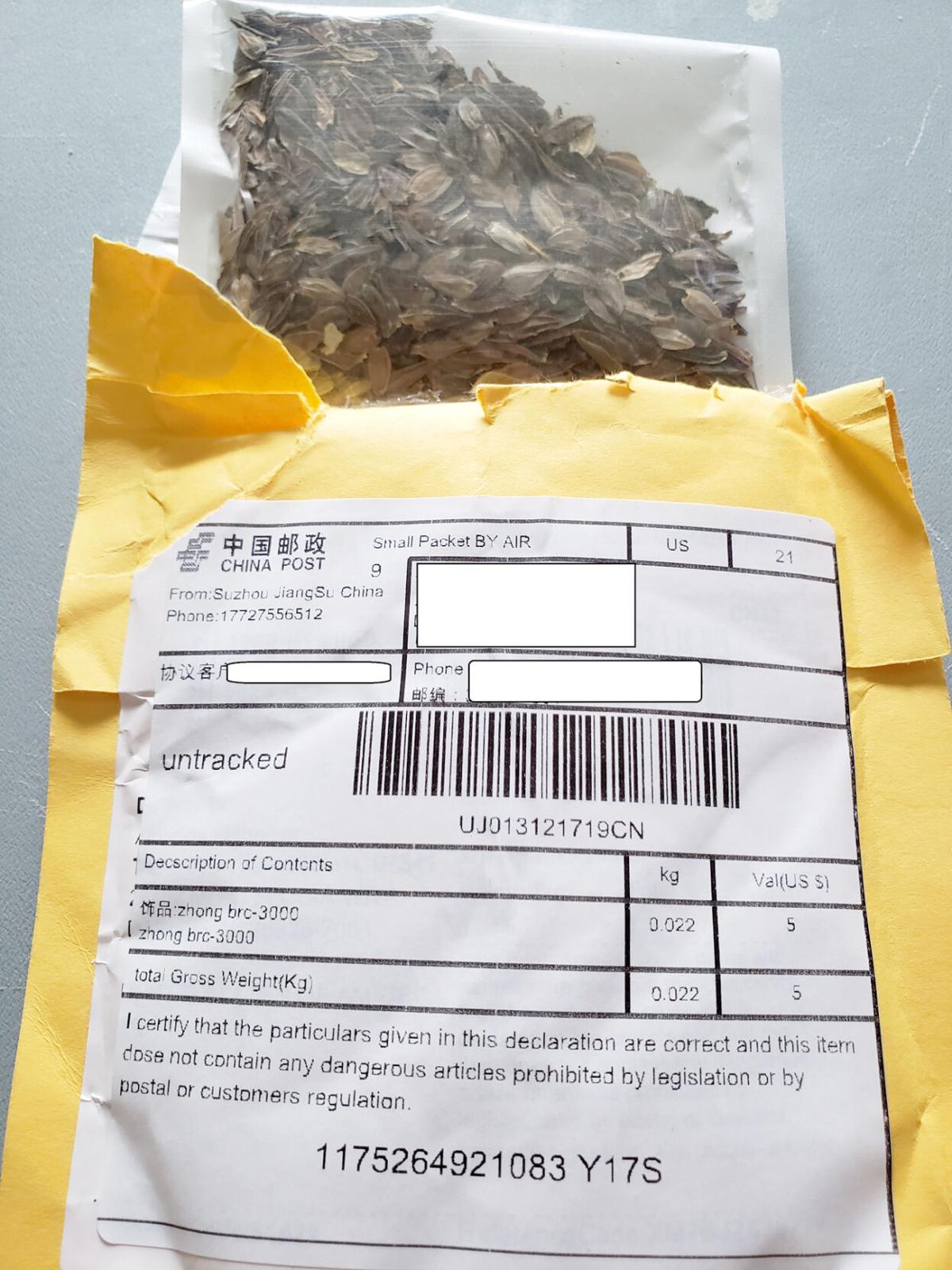 Pictured are another type of seed that is being shipped from Chine to multiple states in the U.S. 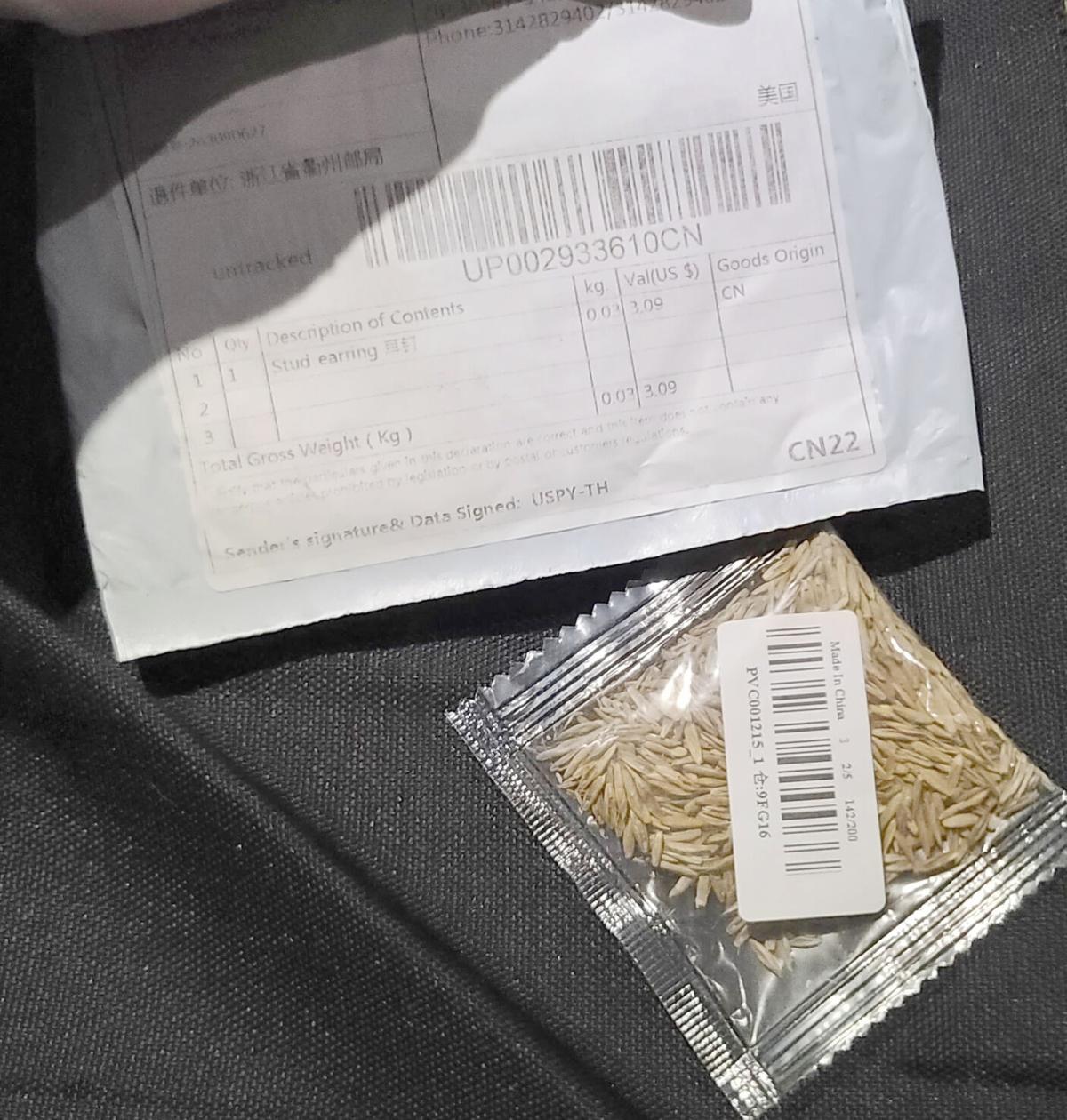 Seeds like the ones pictured have been arriving in the United States from China. People are being warned to not open the packages and report them.

AUBURN UNIVERSITY — How much harm could a package of mystery seeds do? Scientists with the Alabama Cooperative Extension System agree that unsolicited seed packets being delivered in Alabama and across the country could pose a real threat to native ecosystems and possibly to people.

Nancy Loewenstein, an invasive plant expert with Alabama Extension, said the seeds could be potentially invasive.

“These seeds could be from a known invasive species, like kudzu or cogongrass or they could be a weedy species with invasive potential,” Loewenstein said. “While it’s possible these seeds do not pose a threat, people should never plant seeds received in this fashion.”

Invasive species (flora and fauna) threaten the environment in the following ways:

>> become weeds in gardens and lawns

>> can be poisonous and/or injurious to humans and livestock

>> can potentially hybridize with native species

>> cost time and money to manage and control

“Invasive species can cause a great deal of damage to native ecosystems and agriculture, including significant economic damage,” she said. “A 2005 study estimated costs associated with invasive species totaled $120 billion a year, and those costs have likely risen since that time.”

Threat of Pathogens and Insects

Kassie Conner, an Alabama Extension plant pathologist, said these mystery seeds could be harboring diseases, among other things.

“Plant pathogens can be transmitted through seed,” Conner said. “They can be inside the seed, on the outside of the seed or be present in the seed lot without obvious damage. These pathogens can include fungi, bacteria, viruses and nematodes.”

Conner said people could introduce a plant disease into their garden if they planted these seeds.

“Depending on the pathogen and the plant species, one infected seed planted in an otherwise healthy garden can cause complete yield loss,” she said. “Once a pathogen is introduced, many can survive for one to more than 10 years in the environment. Some can survive for longer than that.”

If disease and invasive potential are not bad enough, Extension entomologist Charles Ray said these seeds could contain damaging insects.

“There are a number of insects that feed in seeds as larvae,” Ray said. “In these seeds, you might find any one of a large number of pests that entered during seed storage."

What to Do With Mystery Seeds

According to Ray, seed shipments normally would be subject to inspection and quarantine procedures. For example, in 2017 USDA-APHIS cleared more than 17,000 shipments containing over 1.6 billion plant units and approximately 1,874 tons of seeds, intercepting 817 quarantine pests. Packaging on these mystery seeds has indicated that it contained jewelry rather than seeds. Officials believe this is an effort to avoid inspection, which is a form of agricultural smuggling.

Loewenstein, Conner and Ray all agree that it is extremely important that people DO NOT OPEN the package, DO NOT PLANT the seeds and DO NOT DISCARD them. They also say it is important people report receiving these packages.

The Alabama Department of Agriculture and Industries (ADAI) continues to receive reports from citizens who received unsolicited packages from China containing seeds. ADIA is currently collecting seed packages from recipients and is testing their contents for unknown compounds, noxious weed seed and also invasive species. This testing will determine if they contain anything that could be of concern to U.S. agriculture or the environment.

ADAI has established an on-line reporting system for Alabama residents who received suspicious seeds they did not order. Visit www.agi.alabama.gov/reportseeds and provide the requested information. At the end of the on-line form, there are directions for consumers on how to store the seeds properly until an ADAI representative contacts them. People should hold onto the seeds and the packaging, including the mailing label, until someone from ADAI contacts them with further instructions.

Currently, there is not any evidence indicating this is something other than a brushing scam where people receive unsolicited items from a seller who then posts false customer reviews to boost sales. For further information, contact the ADAI’s Ag Compliance section at 334-240-7304.

Ventress Correctional Center inmate, Marcus Antonio Ford, will go before the Alabama Bureau of Pardons and Paroles for a parole hearing on Thu…

The Eufaula City School Board of Education met in a special called meeting on Thursday, Aug. 6, to name a new principal for the Eufaula High S…

The Eufaula City Schools will be joining other schools across the state, and nation, by going totally virtual for the first nine weeks of scho…

To see where the Lakeside Chiefs are going, you have to know where they’ve been.

A man convicted of multiple crimes in Barbour County will go before the Alabama Bureau of Pardons and Paroles on Wednesday, Aug. 5 seeking parole.

MONTGOMERY — Some of Alabama’s best and brightest young farmers were honored Aug. 4, despite restrictions which forced competitive events to b…

At J.J. Jaxon Company, they believe that everybody should have a permanent remembrance on this earth. They also appreciate what an important d…

Pictured are another type of seed that is being shipped from Chine to multiple states in the U.S.

Seeds like the ones pictured have been arriving in the United States from China. People are being warned to not open the packages and report them.