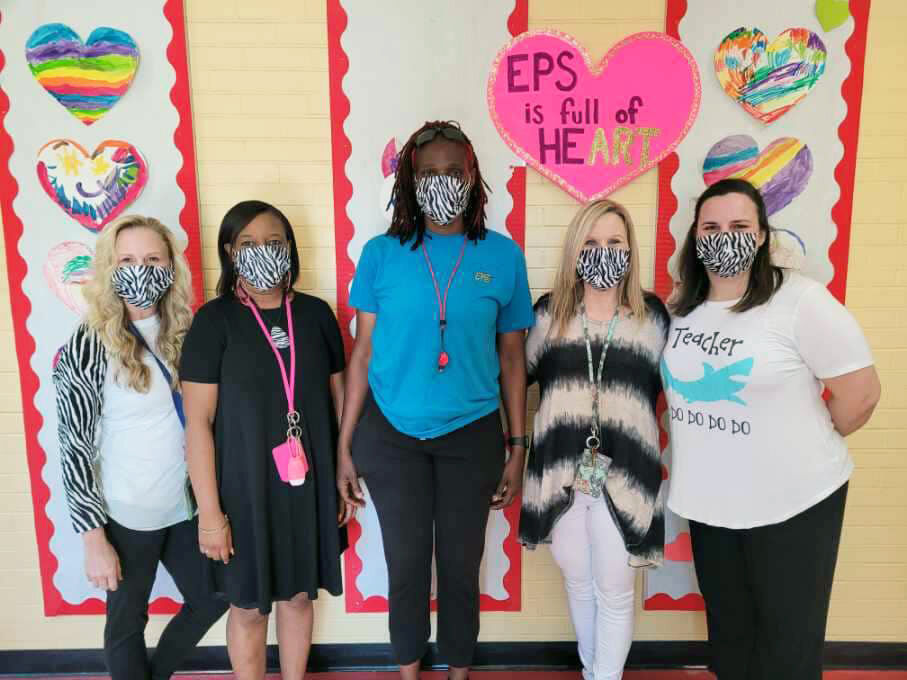 When Carla Douglas Randolph walked through the doors of Eufaula Primary School on March 18, she thought nothing of seeing several of her coworkers wearing zebra print, chalking it up to a funny coincidence.

It was not a funny coincidence.

“She said ‘Carla, this is your day. We want to celebrate you and let you know we support you in your journey with NMOSD,’” Randolph recalled.

NMOSD, or neuromyelitis optica spectrum disorder, is a rare, often life-altering disease caused by inflammation in the central nervous system characterized by immune-mediated damage to the optic nerve, brain stem and spinal cord. It can manifest in a variety of ways—vision impairment or blindness, muscle weakness, paralysis, pain, fatigue—which can cause diagnostic delays and misdiagnosis for those with the condition.

In 2015, Randolph, a physical education teacher at EPS, experienced a strange pain in her neck that doctors thought was a pinched nerve. She was prescribed pain medication, but a few days later the pain increased. She began having difficulty grasping items and eventually felt too weak to even stand; the school nurse thought she may have suffered from a stroke, she said.

Based on various tests, she was eventually diagnosed with Multiple Sclerosis (MS).

“For months, I relied on either a wheelchair, a walker or a cane, depending on how weak I felt that day,” she said.

When her symptoms worsened while she was being treated for MS, Randolph was referred to another neurologist who pursued further testing, a spinal tap and blood test, to understand why there was no improvement on treatment. These tests showed the presence of aquaporin-4 antibodies, which are associated with NMOSD but not present in patients with MS.

After getting the correct diagnosis, Randolph began treatment for NMOSD; however, she experienced two relapses and was hospitalized due to the severity of her symptoms, including pain in her back and temporary paralysis. She was then referred to a neurologist who specialized in NMOSD who helped her enroll in a clinical trial for the drug now approved as Uplizna® (inebilizumab-cdon).

“While my journey to a NMOSD diagnosis included many hurdles and meeting with various physicians, I am grateful it ended with my enrollment in the N-MOmentum clinical trial. Since starting the clinical trial, I haven’t had additional relapses,” she said.

Six years out from her diagnosis, and even though she still has her fair share of hard days, Randolph has chosen to no longer be plagued by fears of relapsing.

“There are days where my leg begins to feel very heavy and very weak and I have a lot of muscle spasms where it makes it very difficult for me to walk, and I have to occasionally still rely on the cane to move around,” she said. “However, many days I am able to keep my attention on my three boys, I’m able to plan fun and interactive activities for my students and I’m still able to exercise. Fear of relapsing no longer stops me from participating in my favorite activities. I know when to take breaks, but I feel strong enough to challenge myself.”

She’s even felt strong enough to get back to running in 5ks.

“They thought I was going to run it in 30 minutes, but I ended up running it in 28 minutes 24 seconds,” Randolph said. “I trained really hard for it once I started feeling better.”

Although she’s found her own inner peace and strength, the support she’s received from her work family has further inspired her to never doubt herself, she said.

“It felt like I had my faculty and staff rooting for me,” Randolph said. “I was very emotional at the time because the kids started coming out with their masks on and bringing me little notes they’d written on zebra print paper…it inspired me to never doubt my own strength and to know there’s nothing I cannot do. It was a moment for me, and I just really appreciate everything they did for me. They let me know they’re on my team and they’re supporting me through this journey.”

Randolph will leave this week for another treatment, and she’ll travel with the support of her entire school family behind her.

A Eufaula man has been charged with capital murder in connection with a shooting early Sunday, May 2, Eufaula Police Chief Steve Watkins said.

AUBURN—Greeting a gathering of students clad in caps and gowns with a plethora of “War Eagle” calls, Auburn University and Eufaula High School…

The U.S. secretary of commerce has announced that the department’s Economic Development Administration (EDA) is investing $4 million in Alabam…

Diverse Power Incorporated will hold its annual meeting of members on Wednesday, May 12, at its headquarters at 1400 South Davis Road in LaGra…