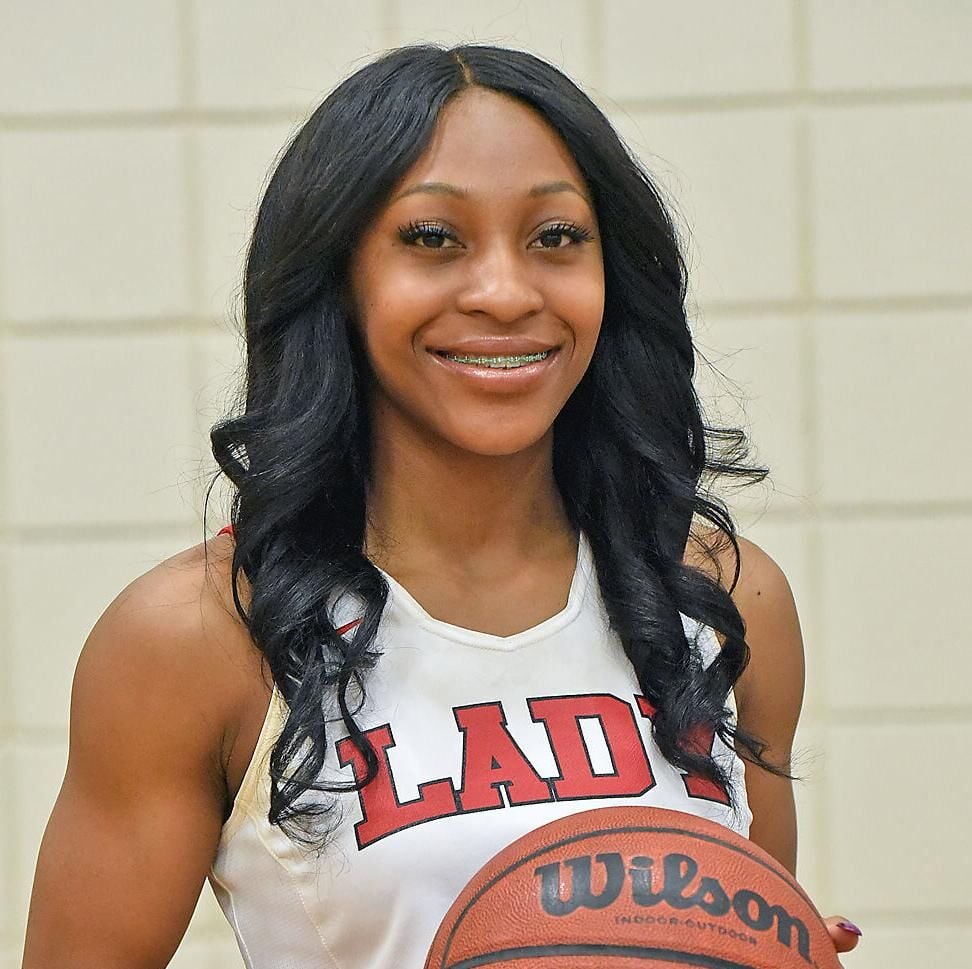 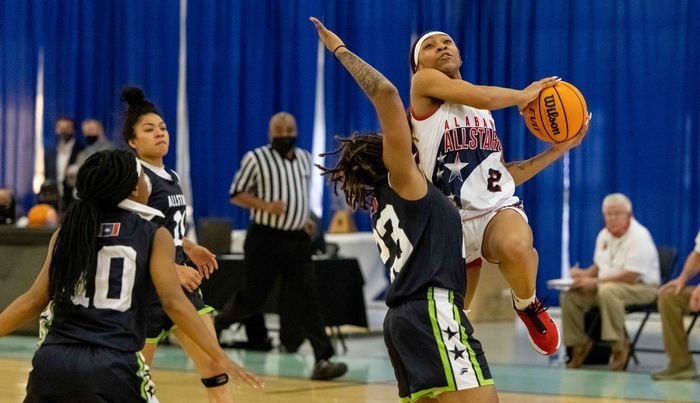 Representing the Eufaula High School girls’ basketball team in the AHSAA 31st Alabama vs Mississippi All-Star game on Friday, Kaitlin Peterson and the Alabama team dominated the game and won handily 102-70 in Montgomery.

Peterson, who averaged 26.5 points per game for Eufaula this season, hit 5-of-14 shots, including 1-of-3 3-pointers, and was a perfect 4-for-4 at the foul line. EHS head coach Jermieke Cliatt said he’s proud of the work she’s put in this year.

“She was definitely deserving of this opportunity. She has accomplished so much for our girls’ basketball program, and I have enjoyed coaching her these past four years,” he said. “I have coached a lot of good players, but Kaitlin is my first player to ever play in the Alabama versus Mississippi All-Star game. This just shows how special of a player she is.

“She made the AHSAA North/South All-Star game last year, but the AHSAA cancelled the event due to COVID-19, so I’m happy for her that she got to play in the All Star game this year and I look forward to watching her at next level when she gets to college.”

In Nov. 2020, Peterson signed with the Big 10’s Indiana University and was the first local player since 2008 to sign with a major university.

“When I first took the job, I knew she (Peterson) would be a power 5 player,” Cliatt said in an interview on her signing day. “I have watched her grow and mature her basketball game from a freshman starting at the point guard position. That is difficult to do as a freshman – playing point guard position as a Class 5A school basically playing in a 6A classification.

“Her motor is always at 110 percent. I can’t remember one game that she didn’t play hard. She also makes good grades. The sky is the limit for her.”

Cliatt said Peterson has been successful not just because of her natural ability on the court, but because of a desire to listen to coaches and work on improving.

“The No. 1 thing that helped her get where she is at is her allowing me to coach her hard,” Cliatt said. “A lot of kids don’t want to be coached hard. The generation now will shut down, but she has never shut down when I have coached her hard.”

Though she plays mostly point guard, Peterson can also play the 2 and 3 positions on the court. She is expected to continue that at Indiana.

In a press release from the university, Indiana head coach Teri Moren said several characteristics made Peterson a desired player for the Hoosiers.

“The first thing you notice when watching Kaitlin is her speed,” she said. “She is as fast with the basketball as any player in the country. As we continued to get to know Kaitlin, her competitiveness and desire to win really stuck out. Kaitlin really loves to play basketball.”

CUTHBERT, Ga.—Hal and Cheryl Meadows of Cuthbert recently established the Meadows-Grubbs Endowed Scholarship Fund for the use and benefit of A…

EHS teacher to perform with Berlin Opera Academy in Switzerland

MONTGOMERY — Hunter Cochran, Liston Corcoran and Laura Beth Horne were each awarded the Tagged for Greatness Scholarship at the Alabama Cattle…