James Alanson Lockwood, M.D., died Friday, September 11, 2020, at his home in Eufaula, Alabama, at the age of 65. Graveside services will be held on Thursday, September 17, 2020, at 11 AM in Fairview Cemetery Addition with Chapman Funeral directing and Rev. Alan Cassady officiating. The visitation will be held Wednesday, September 16, 2020, from 5 to 7:30 PM at First United Methodist Church. The family requests donations be made to the First United Methodist Church P.O. Box 72, Eufaula, Alabama 36072, National Wild Turkey Federation P.O. Box 530, Edgefield, South Carolina 29824-0530, Pancreatic Cancer Action Network 1500 Rosecrans Ave., Suite 200, Manhattan Beach, California 90266. Dr. Lockwood ("Jimmy") was born March 14, 1955, in Eufaula. He was the son of Dorothy Anne Slade Lockwood and the late Robert R. Lockwood. He graduated from Eufaula High School as valedictorian in 1973, and from Auburn University in 1978, Magna Cum Laude, with a Bachelor of Science in Pharmacy. In 1982 he graduated Magna Cum Laude from the University of Alabama School of Medicine in Birmingham, where he received the Alpha Omega Alpha Award. He received the Osler Award during his residency at the University of Alabama Hospitals and Clinics in Birmingham. He returned to his home town to join Dr. Melvin Oakley at Eufaula Internal Medicine, where he practiced medicine from 1985 until August 2020. He took an active role in the community, serving on the Eufaula City School Board from 1995 to the present, including five terms as chairman. He served two terms on the Eufaula Chamber of Commerce Board of Directors, and served several leadership roles at First United Methodist Church, where he was a lifelong member. He was recognized as a Paul Harris Fellow of Rotary International. He was the Physician Advisor to the Eufaula Rescue Squad/Fire Department and Southeast Alabama Home Health, and was on the Rescue Squad Board of Directors from 1994 to the present. He was vice chairman of the National Wild Turkey Federation Committee from 1995 to the present. He was active in the Barbour County Auburn Club, serving terms as president and board member. He had been on the county Auburn Legislative Committee since 1995, and served for five years on the Auburn University College of Liberal Arts Advisory Council. In the community he was known as a compassionate healer, sportsman, civic leader, and staunch Auburn man. To family and friends, he was revered as a loving husband, father, and grandfather whose sense of fairness, calm demeanor, and concern for others provided a strong role model of a life well lived. Dr. Lockwood is survived by his wife of 40 years: Cynthia Allphin Lockwood of Eufaula, AL; their two sons: Dr. Robert A. "Bobby" Lockwood (Kelly) of Boise, ID and James A. "Jay" Lockwood and his fiancé Lori Shapiro of Atlanta, GA; two grandchildren, Roman and Gemma Lockwood; his mother, Dorothy Anne Lockwood of Eufaula, AL; his sister, LuAnne L. Hart (Charles) of Eufaula, AL; nieces, Rebecca H. Harris (David) of Oklahoma City, OK, and Merideth Pehler (David) of Cumming, GA; his nephews: William Hart of Nashville, TN, Matthew Allphin (Christin) of Conroe, TX, and Mark Allphin (Pam) of Marietta, GA. He was preceded in death by his nephew Michael Allphin. Pallbearers will be Mr. John Dedwylder, Dr. Chuck Fletcher, Mr. Craig Harris, Mr. Otis Hill, Dr. Danny King, Dr. Melvin Oakley, Mr. Buster Padgett. 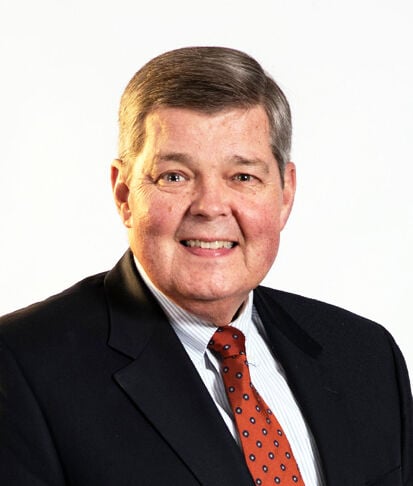 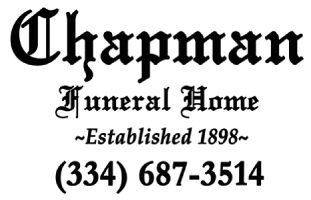