During the course of another investigation, BCSO said in a press release, it was learned that Ross Pritchard, a licensed contractor and owner of RP Builders as well as a building inspector for the county, had allegedly conducted inspections of work completed by his own construction company.

This is a second-degree misdemeanor in Florida. After speaking with witnesses, investigators learned Pritchard also allegedly altered information in the official public records after the fact to hide his actions and remove his company name from the record.

Officials said in the release that it was also learned that Crystal Owens altered an official public record, a Bay County Building Permit, to reflect a different contractor as contractor of record on that permit. She changed the name from Banfield Construction to RP Builders.

Banfield Construction, due to the suspicious nature in which they obtained their licensure in Calhoun County, officials report, had been prevented from working in Bay County. When Owens changed the permit from Banfield, a personal friend of hers, it covered up what amounted to unlicensed contracting in Bay County. According to the release, “Owens admitted she completed the paperwork on an inspection for Banfield Construction when she was never at the residence and did not complete the inspection, stating she did it because Banfield was a friend of hers,” it stated.

The employees in question will remain on unpaid administrative leave pending the outcome of the case. Additional inquiries should be made to the Bay County Sheriff’s Office.

“This is an ongoing investigation,” Bay County Sheriff Tommy Ford said. “We remain committed to holding officials accountable to the people of Bay County.”

The following people were booked into the Jackson County jail during the latest available reporting period, April 10-13:

More than 150 people turned out for an open house celebration at Jim Whaley Tires on Thursday, April 8, from 11 a.m. to 1 p.m. to celebrate th…

Fencing comes down at Endeavor

MARIANNA – Jackson County Commissioners met at 8 a.m. Tuesday to watch as some of the fencing around the old Dozier School for Boys was taken down.

The following people were booked into the Jackson County jail during the latest available reporting period, April 7-9: 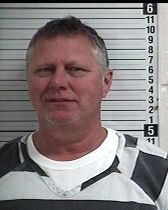 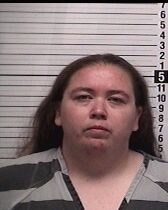