The Bay County Sheriff’s Office Special Investigations Division served a search warrant at a residence in Southport on April 27, that action resulting in an arrest and the discovery of more than six pounds of methamphetamine, along with other drugs and paraphernalia, according to a press release from the agency.

Officials say Virginia A Lindsey, a resident of the home, was arrested in connection to the seized drugs.

At the time of this arrest she was reportedly out on bond in connection with recent drug charges and has completed prison sentences in the past in connection with drug offenses. She was most recently released from prison in September of 2020, authorities said.

The investigation continues and officials say they expect additional arrests in connection with this case.

The Marianna Police Department reports the April 30 robbery of the Winn-Dixie liquor store.

The following people were booked into the Jackson County jail during the latest available reporting period, April 28-30:

The following people were booked into the Jackson County jail during the latest available reporting period, May 1-4:

The following people were booked into the Jackson County jail during the latest available reporting period, May 5-7:

PENSACOLA (AP) — A Florida teen accused of rigging a homecoming queen election with her mother is being charged as an adult, prosecutors said.

DUNEDIN, Fla. (AP) — A federal court has upheld a Florida city’s decision to issue nearly $30,000 in code violation fines to a homeowner whose…

The following people were booked into the Jackson County jail during the latest available reporting period, April 21-23:

ORLANDO (AP) — Gatorland is offering a $1,000 reward for information that leads to the person who taped shut an alligator’s eyes and snout, le…

Methamphetamine weighing more than six pounds was seized from a home in Southport this week. 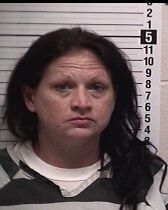