The grand opening for Gilmore Academy and Jackson County Training Center Youth Development Center has been scheduled for May 21.

The date was not chosen by chance. It falls the day after May Day, on Armed Forces Day, and the 100th Anniversary of Gilmore Academy.

While the meaning of May Day changes according to the culture and country one lives. In Florida, May 20, 1865, holds great significance. Two years and five months after Abraham Lincoln’s famous Emancipation Proclamation, Union Brigadier General Edward M. McCook traveled to Tallahassee to announce that black people were free citizens. Nearly a month later, Texas followed suit on June 19. This became known as Juneteenth.

The third Saturday in May this year, May 21, is also Armed Forces Day. Buffalo Soldier and US Army SFC “Horseback” Will Barnes travels annually to post the colors in Montgomery, Birmingham, and Mobile (on the Battle Ship). This year there is a celebration in Marianna.

The celebration will begin in the morning with Armed Forces Day recognition. All the military branches will be represented, and each will be recognized. The guest speaker is Command Sergeant Major Carolina Johnson. Johnson was born and raised in Jackson County and is an alumnus of Marianna High School. For 33 years she served active duty in the Army.

The Buffalo Soldiers will post the colors on horseback, and the roll will be called. Military music will be played to recognize each branch of the military, along with the song “Some Gave All.” According to Snell, “The military slogan for the United States as a whole is ‘You can find no better friend and no worse enemy.’”

Following the Armed Forces Day celebration, the 100th Anniversary of Gilmore Academy festivities will begin with living alumni recognized. There will be a tribute to Mr. John Taylor Gilmore for his efforts in establishing the school, and Mr. Cepheus Granberry will sing a solo. Then, Jim Dean, Marianna city manager, will accompany the original students in the ribbon cutting on the gymnasium steps, known as “the Panthers Den.” Following the ribbon-cutting, there will be a time for sharing reflections, memories, and stories. One of Jackson County Training School’s alumni that is a success story is Roger Clay, who went on to teach at Marianna Middle School. Former City Commissioner/Mayor Clay is now on the board of directors for the Youth Center.

Lunch will be provided for those attending the Armed Forces Day and Gilmore Academy celebrations, which will consist of a country lunch with barbecue and dessert. Due to COVID concerns, with older adults present, events before 2 p.m. are invitation only.

The afternoon schedule features the championship basketball game and the presentation of the trophies. Championship teams in 6th, 7th, 8th, 9th and 10th grades will receive an award. Horseback riding will be taking place between 2 and 4:30 pm. An art exposition by local artists will also be available for viewing, including Lynwood Tanner’s work. In addition, there will be military displays, some of which will feature the Buffalo Soldiers and women in the military. According to Barnes, “Jackson County has got more than 5,000 veterans, which is the largest number of veterans in any county of Florida.” There will also be a display for Cathey Williams. Williams disguised herself as a man to get into the Army. She was the first black woman to join and the only woman to serve in the Army while disguised as a male soldier during the Indian Wars. She is the only woman to serve in the infantry from 1866-to 1868, and she is the only Buffalo Soldier woman in the Army.

Horseback riding will take place under the direction of “Horseback” Will Barnes, who was born and raised in Marianna. Barnes attended and is another success story coming from Jackson County Training School for one year. After integration of the schools, Barnes attended Marianna Middle School and Marianna High School. When he was 17 he left the area and joined the military. In 1999 Barnes retired and lived in Texas for a couple of years before returning to Jackson County with his wife Dana to raise their twin daughters.

At Jagged Edge Horse Ranch, the couple has raised about fourteen youth from single-parent households. Their children, Jared and Ashley, brought their friends home, who would hang out, ride horses, and work on the farm located at 4993 Highway 162 in Greenwood. Barnes shared, “All of them went on to college and became productive.” On the ranch, Barnes provides horseback riding instructions.

Barnes has been teaching youth and adult horseback riding for about twenty years at his ranch. A round pen will be set up with three horses for riding at the event. Children can ride for $3 each or $2 each for a family with five children riding. There will be people within the circle to help those who need assistance and ensure the safety of riders. Adults can ride too. All the proceeds from horseback riding on May 21, 2022, will be donated to the youth center.

The grand opening event will start the availability of after-school horseback riding at the youth center. Barnes is working with Grady Snell and others to provide additional after-school programs. “The kids in Jackson County really don’t have anything to do in the summer,” Barnes added. “If they do have something to do, it is either so expensive or so far away that the kids at the West End do not have a way to get there.” He continued, “the majority of the kids are in single-parent homes where the parents are working and just can’t transport them back and forth.” Being unable to participate eliminates a lot of the kids. Barnes added, “we are trying to do something to get the kids out of the house and away from their cell phones.” He explained how it takes the help of the parents too. When youth come to the center, the parents are involved. Barnes continued, “they can’t just drop off their kids and take off, which is good.” After-school horseback riding will be free of charge.

Grady Snell is still another success story. He graduated in 1968 from Jackson County Training School and was drafted. While serving, he sought out college educational opportunities. Snell earned a Bachelor of Science in Sociology and Criminal Justice and a Master of Science in Early Childhood Education. He worked as a certified teacher in Alabama while also working as a State Correctional Officer Counselor and Emergency Response Officer. In 2006 Snell was honored for his innovative techniques for helping inmates and their families. Snell has also been involved with the Buffalo Soldiers for many years and was recently recognized as a Buffalo Soldier Legend in three states (Alabama, Georgia, and Florida).

Snell has a strong desire to give back to the community and help people get a second chance. A few years ago, Snell and others began developing after-school programs to help area youth succeed. Earlier this year, the Gilmore Academy and Jackson County Training School Youth Center opened at the former Marianna Middle School Gym to provide tutoring, cheering and gymnastic classes, basketball, job training, and more. After May 25, horseback riding will be included in the after-school activities. Respect and conflict resolution are taught. Alcohol, drugs, and loitering in the parking area are not allowed. Supervision is provided. All programs are free to youth all over town. No student will be left behind.

The Jackson County Training School Youth Center is funded by a non-profit organization and works off donations. Therefore, your donation matters regardless of the size. We have great people in Marianna, and what an incredible youth center! For more information about horseback riding, call “Horseback” Will Barnes at 850-209-1172. For information about the art display, call Lynwood Tanner at 850-633-7792. For general information or donations, call Grady Snell at 706-464-7445.

Altrusa International of Marianna recently inducted new officers for the upcoming year of 2022-23.

The following people were booked into the Jackson County jail during the latest available reporting period, June 21-23:

Blue Springs will be site for training film

An air-medical company will soon be at Blue Springs Park filming a helicopter training flight.

The Jackson County School Board will meet in special session at 4:30 p.m. Monday, June 27, to discuss offers that have been received for the s…

The following people were booked into the Jackson County jail during the latest available reporting period, June 17-20:

Melons in the Park is June 25 in Marianna

Steve and Betty Edwards grow a small garden and provide homes for bluebirds at their place off Legion Road in Sneads.

Hearing set for further discussion of disposables in Jackson County 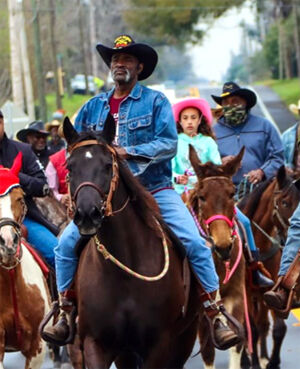