These bananas are ripening now in the garden of Marianna man Robert Brown. 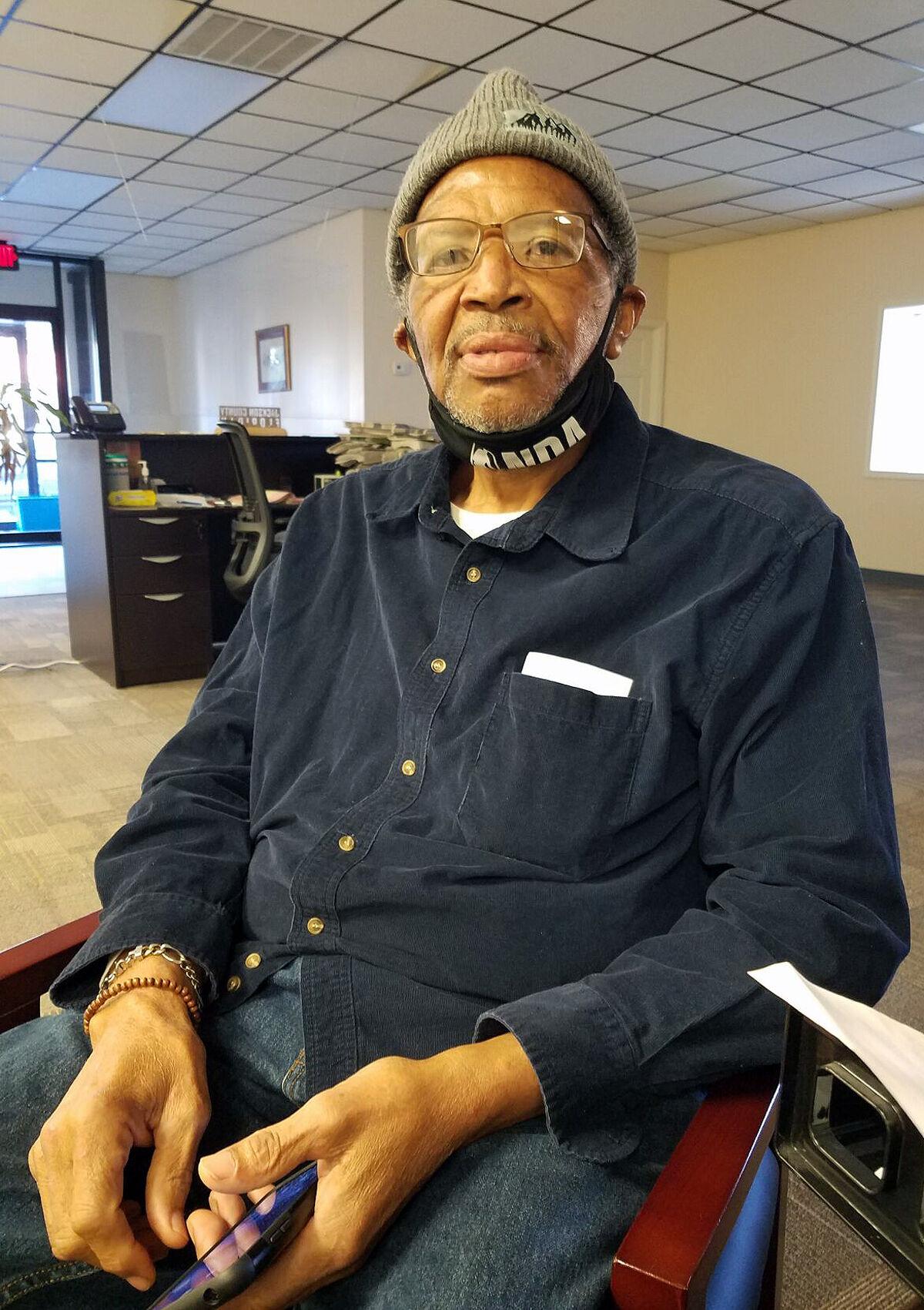 Robert Brown of Marianna chats about the banana tree blooming now in his garden.

For one thing, this is only the third time his single banana plant has produced fruit in the 38 years of its life.

He planted it in 1983, from a cutting of the banana tree then blooming in the garden of his mother, the late Jackson County resident Mary Brown. She’d promised him then that it would “someday” bear him fruit. It did so for the first time in 1988, and then again about a decade later.

Nothing since then, though, until December of 2021. Last month, more than a dozen came along. They’re ripening now.

The timing shocks Brown. He can’t figure it out: In the other two fruit-bearing years, the bananas turned up in May and were ripe in July.

This isn’t the first time his garden has yielded oddities. More than four years ago, it made news when it produced a volunteer turnip that grew very tall—more than three feet—and fared healthy in the ground well beyond the normal lifespan for such a plant. He finally cut it down, and he and his wife ate the leaves-they were mild and tasty he said, free of the bitterness usually associated with turnips.

The bananas he’s tending now are higher on the tree than they were in 1988 and in the next blooming. Both of those times, they were about shoulder high. These are at roughly eight feet. He said he’ll have to climb a ladder to reach them.

He’s looking forward to that climb and what it will yield. He’s interested to see if they’ll taste the same as the others, which were sweet and delicious he said.

He ate them straight off the tree those last two times and plans to do the same when these are fully ripe in a few weeks more.

Skeletal remains were found Sunday around 7:30 p.m. near a large billboard on State Road 71 south in Marianna, the Jackson County Sheriff’s Of…

The following people were booked into the Jackson County jail during the latest available reporting period, Jan. 14-18:

The following people were booked into the Jackson County jail during the latest available reporting period, Jan. 19-21:

On Thursday, Jan. 13, at approximately 5:09 p.m., the Jackson County Sheriff’s Office (JCSO) responded to reports of a body found on Skyview R…

The Jackson County Chamber of Commerce is shaking up the format of it’s big annual gathering this year, moving from a traditional formal banqu…

The driver of a semi tractor-trailer rig was seriously injured in a Jackson County traffic crash on Jan. 21, according to a press release from…

The following people were booked into the Jackson County jail during the latest available reporting period, Jan. 12-13:

These bananas are ripening now in the garden of Marianna man Robert Brown.

Robert Brown of Marianna chats about the banana tree blooming now in his garden.