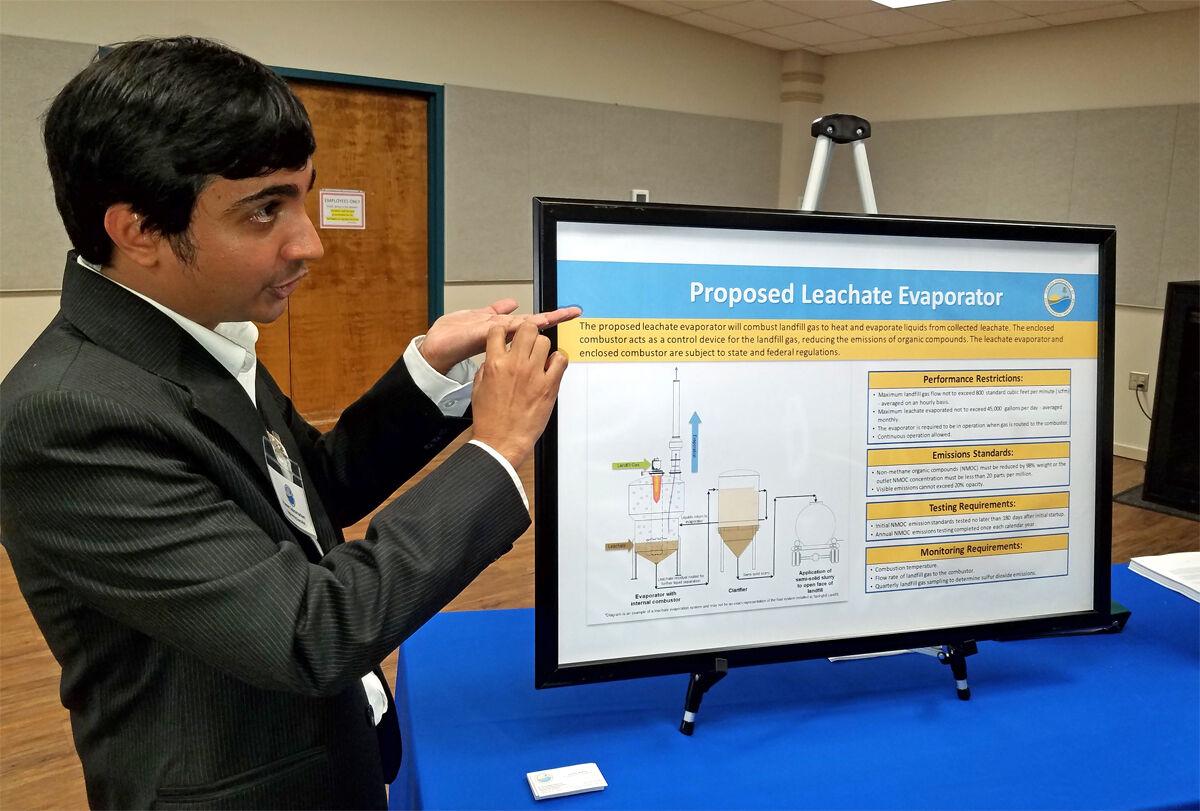 At a public meeting hosted by Waste Management more than a year ago, an evaporator system expert talks about its processes. 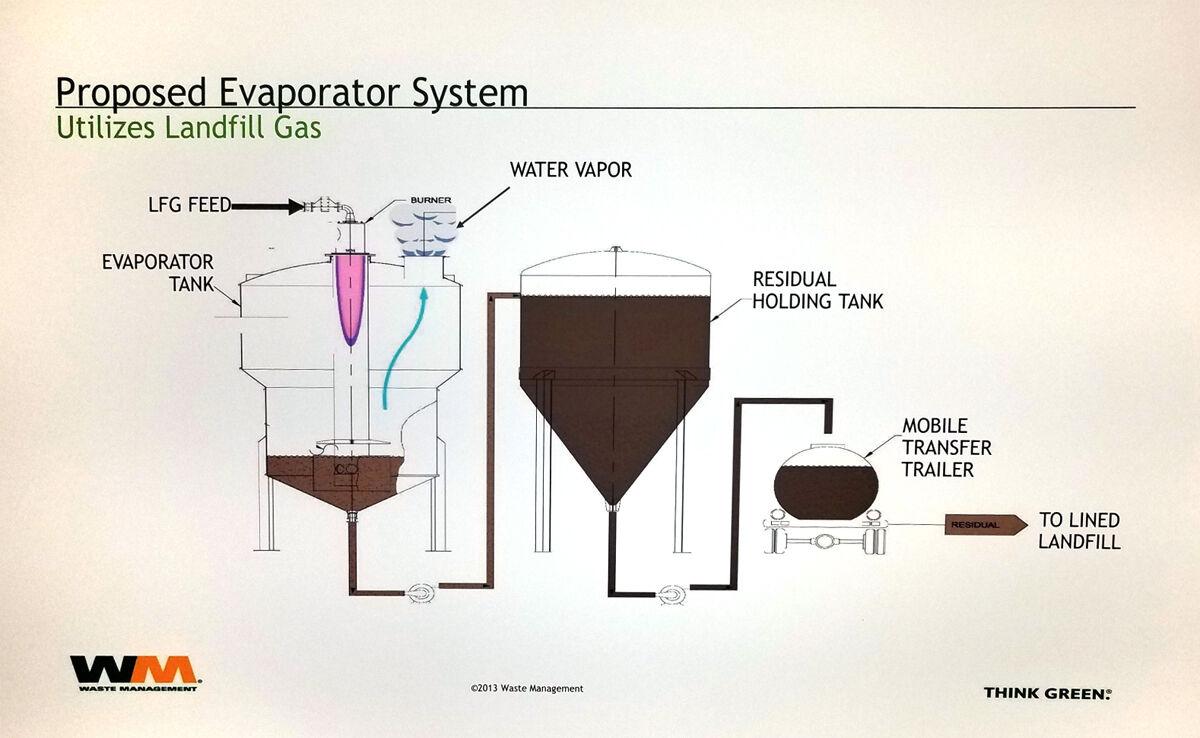 This diagram of a leachate evaporator system was part of the presentation in workshop held by Waste Management back in 2020.

Jackson County NAACP President Linda Franklin snapped this photo of an element in the leachate evaporator system now being installed at the Springhill Landfill.

Jackson County Commissioners have approved a three-month extension of a development agreement that allows Waste Management to install one evaporator now as a means of vaporizing the company’s Springhill Landfill leachate, a byproduct created as liquids trickle through a landfill cell and collect at the bottom.

The company is also allowed to add three additional ones in the future.

The evaporator uses heat technology to evaporate the liquid portion of the leachate, leaving only dry byproduct that is then redisposed into the landfill. Waste Management is actively constructing that system now.

The leachate has, to date, then been collected in tanks and taken to waste treatment sites for treatment and disposal.

Noting the expense of this means, the company had initially planned a different alternative: It wanted to install a deep injection well for the ultimate purpose of using the well to send Springhill Landfill leachate underground, but public outcry against that option led to the evaporator solution.

The local NAACP had been a key player in the negotiations back in 2019-20, and Sen. George Gainer spearheaded the discussions. Current Jackson County NAACP President Linda Franklin recently visited the landfill to see for herself the progress that has been made in getting the evaporators installed.

Franklin said she’s happy to report that the company hopes to have it completed by the end of this calendar year, although the extension does give Waste Management until May of 2022 to have it operational.

“It has been a long time coming, with supply-chain delays, but those delays are nearly behind us now,” Franklin said. “Due to the hard work of my predecessor,” former NAACP President Ronstance Pittman, “this solution was reached and it’s my honor to follow through as it is carried out.”

Franklin noted that the initially proposed deep-injection well was of serious concern because of its possible potential to contaminate groundwater, primarily.

The county had previously granted a four-month extension but supply chain issues continued as the COVID-19 pandemic continued.

On Nov. 7, 2019, commissioners had approved a modification to an existing Development Agreement for Waste Management that authorized the installation of the evaporators. On Aug. 24 of 2021, the board approved the first extension of the 24-month construction term it had initially set.

A Sneads man was tracked down and arrested after leaving the scene of a crash in which he was involved, according to a press release from the …

The home of community icon Homer Hirt was destroyed by fire Tuesday night, taking with it a lifetime of treasures amassed by the soon-to-be 92…

Making Christmas: The Tyes that bind

Heather and Tullis Tye blended their families three years ago, with eight children between them. As complicated as such blendings can be, Chri…

The following people were booked into the Jackson County jail during the latest available reporting period, Nov. 27-30:

Michael D. Smith, CFD, FDI, FSMD, of Artistic Designs Unlimited Inc. in Marianna, has been recognized by the American Institute of Floral Desi…

Communities all around Jackson County are gearing up for parades and other events celebrating the Christmas season. Here’s a quick look at som…

A juvenile, unnamed because of his age, has been charged with multiple offenses following an incident of Dec. 1 that started with an attempted…

Curtis Wynn, a native of Campbellton and a 1981 graduate of Graceville High School, has just accepted a new job in central Florida with SECO r…

At a public meeting hosted by Waste Management more than a year ago, an evaporator system expert talks about its processes.

This diagram of a leachate evaporator system was part of the presentation in workshop held by Waste Management back in 2020.

Jackson County NAACP President Linda Franklin snapped this photo of an element in the leachate evaporator system now being installed at the Springhill Landfill.