James & Sikes Funeral Home Maddox Chapel 4278 Lafayette Street Marianna, FL 32446 850-482-2332 Stanley Melton Charles, age 54, passed away on Sunday, June 21, 2020 in Cypress, Florida. He was born May 13, 1966 in Port St. Joe, Florida. He served his country honorably and proudly for 20 years in the United States Navy. He was a member of Evangel Church and worked for the Marianna Housing Authority for 12 years. Stanley was a hardworking and godly man who lived a life of service and grace. He enjoyed fishing, baseball, and serving others, but his biggest joy in life was being a husband, father, and Pops. He loved his children more than anything in the world. He served as a lifetime coach to all his children, as well as several children in the community. He treated every child like his own and his many lessons and guidance will no doubt be carried on for future generations. His family was his whole world, and he will be tremendously missed by them and the entire community he served, including his Evangel Church family where he proudly served as an usher. He was preceded in death by his father, Lavon Charles; and father-in-law, Phil Lowery. Stanley is survived by his mother, Maggie Charles; his loving wife of 22 years, Brandi Charles; mother-in-law, Linda Lanier of Cottondale; seven children, April Byrd (Philip) of Georgia, Ethan Lowery of California, Daniel Miller of Pensacola, Stephanie Darby (Jud), Evan Lowery, Aryan Charles, and Beclan Charles, all of Marianna; four grandchildren, Tyke Byrd, Taylin Byrd, Jayce Darby, and Colton Darby; brothers, Scott Charles (Sharon) of Dellwood, Stevie Charles (Greta) of Marianna, Billy Chaidez of Indiana; sister, Stacey Charles of Graceville; sister-in-law, Wendy Lowery of Cottondale, and several nieces and nephews. Funeral service will be 2 pm, Friday, June 26, 2020 at the Evangel Church with Pastor LaVon Pettis officiating. Interment will follow in Pinecrest Memorial Gardens with James & Sikes Funeral Home Maddox Chapel directing. Family will receive friends one hour prior to the service at Evangel Church. In lieu of flowers, the family requests that donations be made in Stanley's memory for the MERE Recreation Complex in Marianna, to the Stanley Charles Memorial Fund c/o Hancock Bank 2900 Jefferson Street, Marianna, FL 32446, where he spent countless hours coaching his children and others in the community. Expressions of sympathy may be made online at: www.jamesandsikesfuneralhomes.com 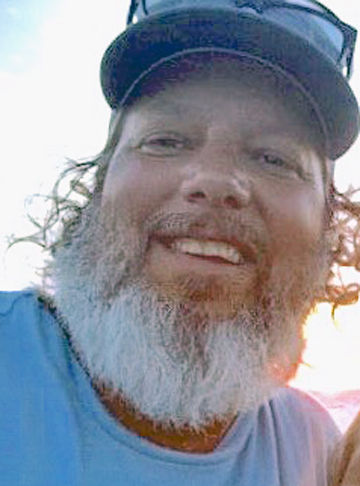