McAlpin Funeral Home 8261 Highway 90 East Sneads, Florida 850-593-9900 www.mcalpin funeralhome.com Gene Nelton Lanier, 76, of Chattahoochee, FL was born on November 16, 1943 and entered into rest on June 1, 2020. Originally from Calhoun, Tennessee, he has resided in this area since 1962. After living a youth comprised of Huckleberry Finn type adventures, full of harmless mischief and shenanigans, Gene joined the U.S. Air Force were he proudly served his country. He was a Vietnam Veteran. Gene was a member of the First United Methodist Church of Chattahoochee, the Treasurer for F.U.M.C. for seven years, and a past member of the Chattahoochee Lions Club. He was a member of the American Legion Post 241 of Sneads, FL where he took great pride in serving on the Honor Guard and was also a past commander of Post 241. Gene served his community faithfully as a Funeral Director and owner of Lanier-Andler Funeral Home. The funeral home was originally located in Chattahoochee, FL. Years later he and his business partner Mike built a new facility and moved the business to Sneads, FL. Gene was a man of faith and was loved by all who knew him. He will be greatly missed but never forgotten. Survivors include his loving and dedicated wife of 52 years, Gayle Alicia Demont Lanier; one daughter, Amber Lanier Chaki (Evan); one grandchild, Xavier Lanier Chaki; two brothers, David Wilson Lanier and Jerry Shane Lanier. Gene was preceded in death by his parents, Alfonso and Genevie Lanier. In lieu of flowers the family ask for donations to be made to First United Methodist Church of Chattahoochee, FL Building Fund. Due to the ongoing concern regarding the COVID-19 pandemic, a private Family Service will be held on Saturday, June 6, 2020 at McAlpin Funeral Home Chapel with Rev. Mike Kramer and Rev. Mike Hutcherson officiating. Interment will be at Shady Grove Cemetery in Grand Ridge, FL, with full military honors. 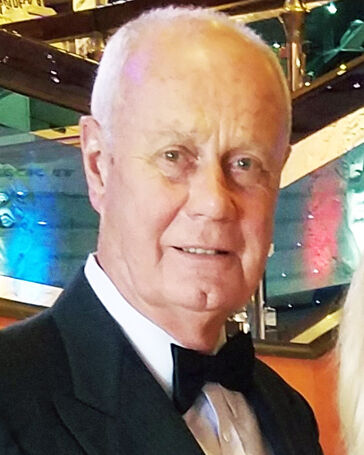 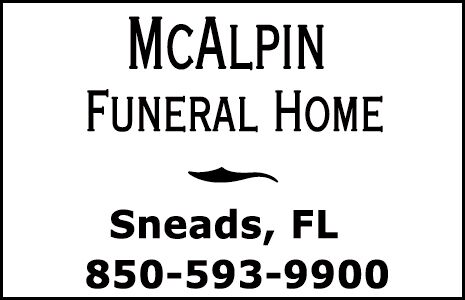