James & Sikes Funeral Home Maddox Chapel 4278 Lafayette Street Marianna, FL 32446 850-482-2332 James Ivey Mayo, 94, of Marianna, FL died Tuesday, June 23, 2020 at Jackson Hospital. James graduated from Marianna High School in 1944 and served in the United States Army from 1944 to 1946; and the Army Reserves until 1949. James married Kathryn Mathis of Cottonwood, Alabama in 1949. He was a member of the First United Methodist Church of Marianna since 1954. He began work with Western Union Telegraph Company as an office manager in 1947, retiring in 1972. He then went to work with Unimac Company, Inc. as Purchasing Supervisor in 1972 until retirement in 1996. His special interests were cooking, working in the yard, walking, taking care of his grandchildren, but most especially, taking care of his wife, Kathryn, of 70 years. James was preceded in death by his parents, Charlie and Ella Estelle Mayo; sister, Marie Mayo Joiner; brothers, Charlie Jack Mayo, Genous R. Mayo, and Carl Mayo. James is survived by his wife of 70 years, Kathryn; daughter, Kathy Baxley and husband, Tommy; son, Randy Mayo and wife, Nora, all of Marianna; five grandsons, Brian Baxley and wife, Doreen, of Panama City, Ben Baxley, of Atlanta, Georgia; Lucas Mayo, Trevor Mayo, Drew Mayo, all of Marianna, Florida; granddaughter, Erin French and husband, Jason, of Bethlehem, Florida; five great-grandsons, Nolan Baxley and Josh Baxley, both of Panama City, Camden Bruner, Brooks Bruner and Will French, all of Bethlehem, Florida; and sister, Myrtle Patterson, of Marianna. Funeral services will be 10 AM Friday, June 26, 2020 in the Wesley Center at First United Methodist Church in Marianna with Rev. Gino Mayo and Rev. Dr. Nathan Attwood officiating. Interment will follow at Pinecrest Memorial Gardens with James & Sikes Maddox Chapel Funeral Home directing. The family will receive friends from 5-7 PM Thursday, June 25, 2020 at James & Sikes Funeral Home Maddox Chapel. In lieu of flowers memorial contributions may be made to the First United Methodist Church in his memory at 2901 Caledonia St. Marianna, FL 32446. Expressions of Sympathy may be made online at: www.jamesandsikesfuneralhomes.com 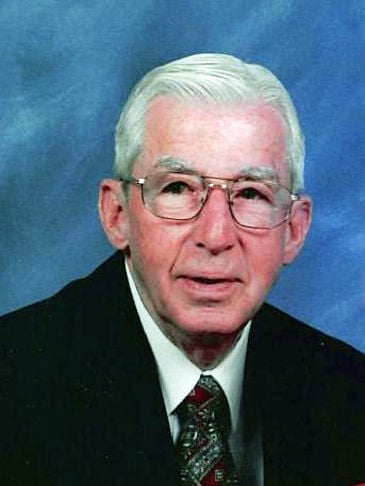