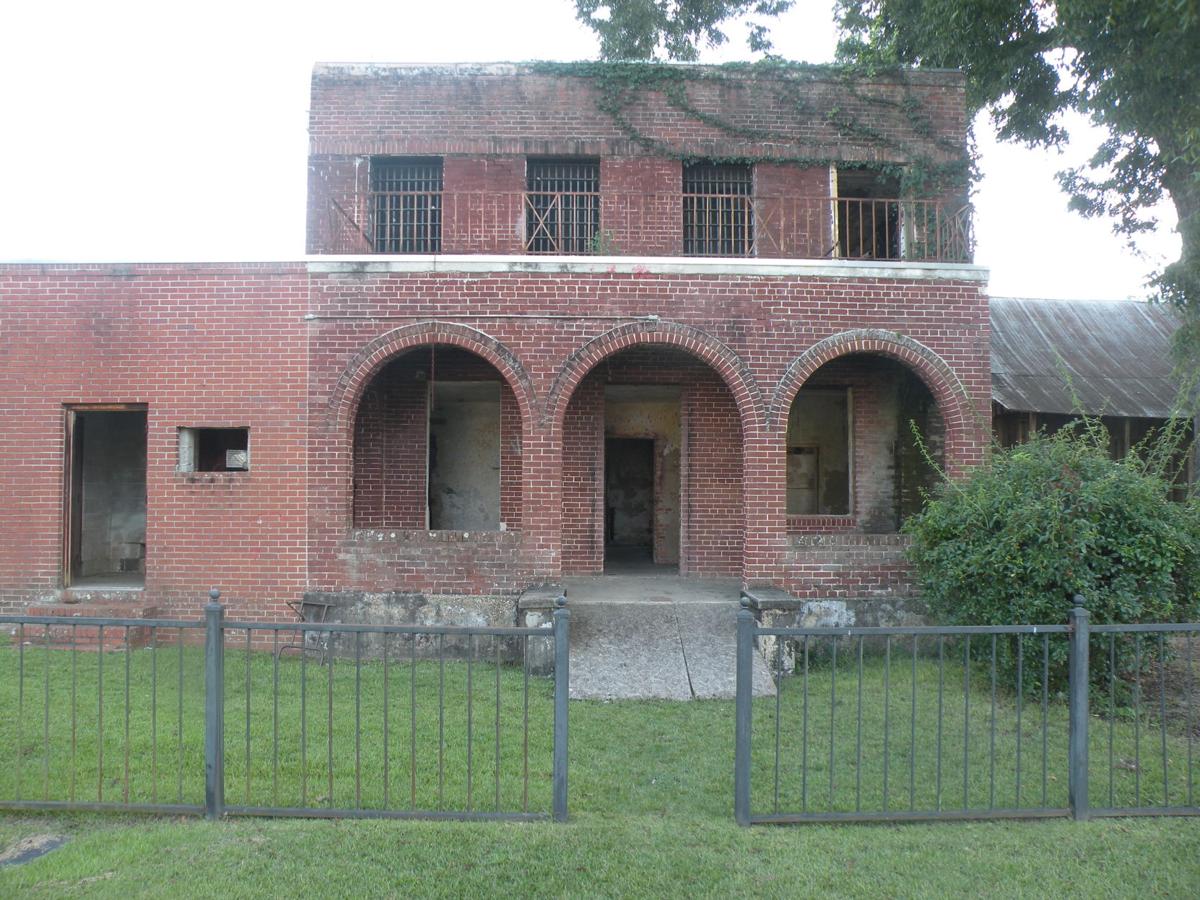 The Old Coffee County Jail in Elba has seen its fair share of traumatic events, the most well known being the murder of Sherriff Neil Grantham right in the front of the building under the middle archway. 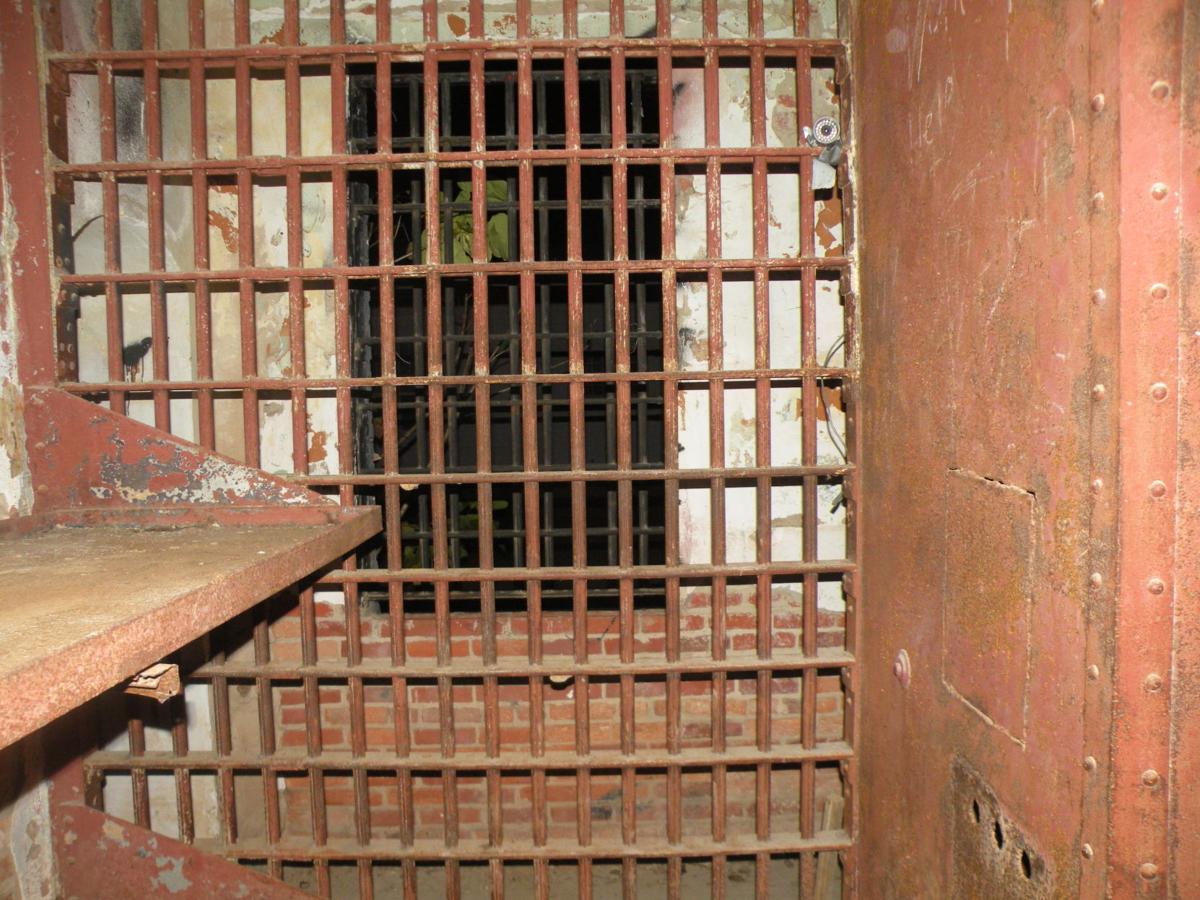 One of the only two remaining cells in the Old Coffee County Jail seems to be a hotspot for paranormal activity.

EDITOR’S NOTE: This is the first in a series of haunted places in Coffee County leading up to Halloween.

The Old Coffee County Jail in Elba has been reportedly haunted for decades since its closure following the 1990 flood.

In 1979, Coffee County Sherriff C.F. “Neil” Grantham was gunned down in the archway of the now deserted building by a former inmate of the jail as Grantham escorted another inmate.

Billy Joe Magwood waited outside of the jail all morning for his moment to assassinate the sheriff. Magwood had a hit-list of people he felt had wronged him and Grantham was the first name on the list.

In 1982, Magwood was convicted of capital murder and sentenced to death, but through appeals has managed to escape the death penalty and was re-sentenced to life in prison.

Local paranormal investigators, R.I.P. Investigations, have investigated the old jail numerous times, including last weekend, and the group feels that traumatic events and the energy from the trauma, like the murder of Sherriff Grantham, is the key to a location becoming haunted.

The building across the street from the jail, which is now a law office, was at one point a funeral home and R.I.P. Investigations believes that the grounds of a location can hold the energy from spirits and not just necessarily one particular building.

There have also been numerous reports of hangings, whether suicide or murder, of inmates in the jail.

“The first time we investigated there, back in 2011, my mom told me about a girl that she knew that had a son who was thrown in the drunk tank for a D.U.I. back when the jail was still in use,” R.I.P. investigator Hunter White said. “The officers called the mom in the middle of the night and informed her that her son had hung himself.”

According to the mother this was not something that her son would do and made even less sense considering he was simply being held overnight.

R.I.P. Investigations uses a number of scientific equipment during their investigations, including EMF Detectors, a device that detects spikes in the electromagnetic field, as well as a device known as a “Spirit Box.”

The Spirit Box scans through radio frequencies quickly as the theory is spirits can use the frequencies to communicate, also leading to an EMF spike.

“We went into the investigation and I asked ‘Were you an inmate in this jail?’ and something responded with a ‘yes’ on the spirit box,” White said. “I asked if they knew the son who was hung in the jail and it responded with ‘yes’ again. When I asked what happened to him, the response was, ‘He got snatched up.’ I asked if he committed suicide and it very loudly said ‘no’ and then repeated the word ‘murder’ three straight times.”

According to the paranormal investigators, each time the group investigates the old jail something out of the ordinary happens to a piece of equipment or piece of technology.

“During that first visit to the jail my phone and my girlfriend’s phone were sitting next to each other in our van,” White said. “During the time we were communicating with the spirit box my phone called her phone and then her phone called my phone back. That had never happened before which was really weird.”

“It’s really weird and this has never happened to us before,” R.I.P. founder Jerry Tyms said of the malfunction.

Only two original jail cells in the old Coffee County Jail remain intact and R.I.P. co-founder Tim York feels that one of those cells is a hotspot of potential spirit activity in the jail.

“It seems like every time we come here that one cell there is always active,” York said. “It just felt really heavy in there the minute we got in.”

During the team’s investigation Saturday there were several EMF spikes in the cell, which investigators say doesn’t make sense considering there is no power going to the jail.

One of the biggest EMF spikes of the night came when Dan Boutwell, a lifelong Elba native that tagged along for the investigation, mentioned the name Billy Joe Magwood in the cell. The EMF spike was later accompanied by a loud moaning sound which was heard by several of the group members in the vicinity.

The Old Jail is ripe with history, and with any jail much of that history is negative or traumatic and according to R.I.P. Investigations that negativity can be felt at times.

“At our last investigation here, an investigator who left the group shortly after this, was scratched on the top floor,” York said. “He had three long scratches going down his back and it really shook him up. I don’t know if he was instigating or provoking the spirits but that is why we make sure to never do that. To make sure that nothing like that happens.”

R.I.P. Investigations plans to continue to investigate the old jail and hopes to help any spirit that may be trapped at the location to communicate.

“That’s really what we are here for is to help,” York said.

The Old Coffee County Jail in Elba has seen its fair share of traumatic events, the most well known being the murder of Sherriff Neil Grantham right in the front of the building under the middle archway.

One of the only two remaining cells in the Old Coffee County Jail seems to be a hotspot for paranormal activity.