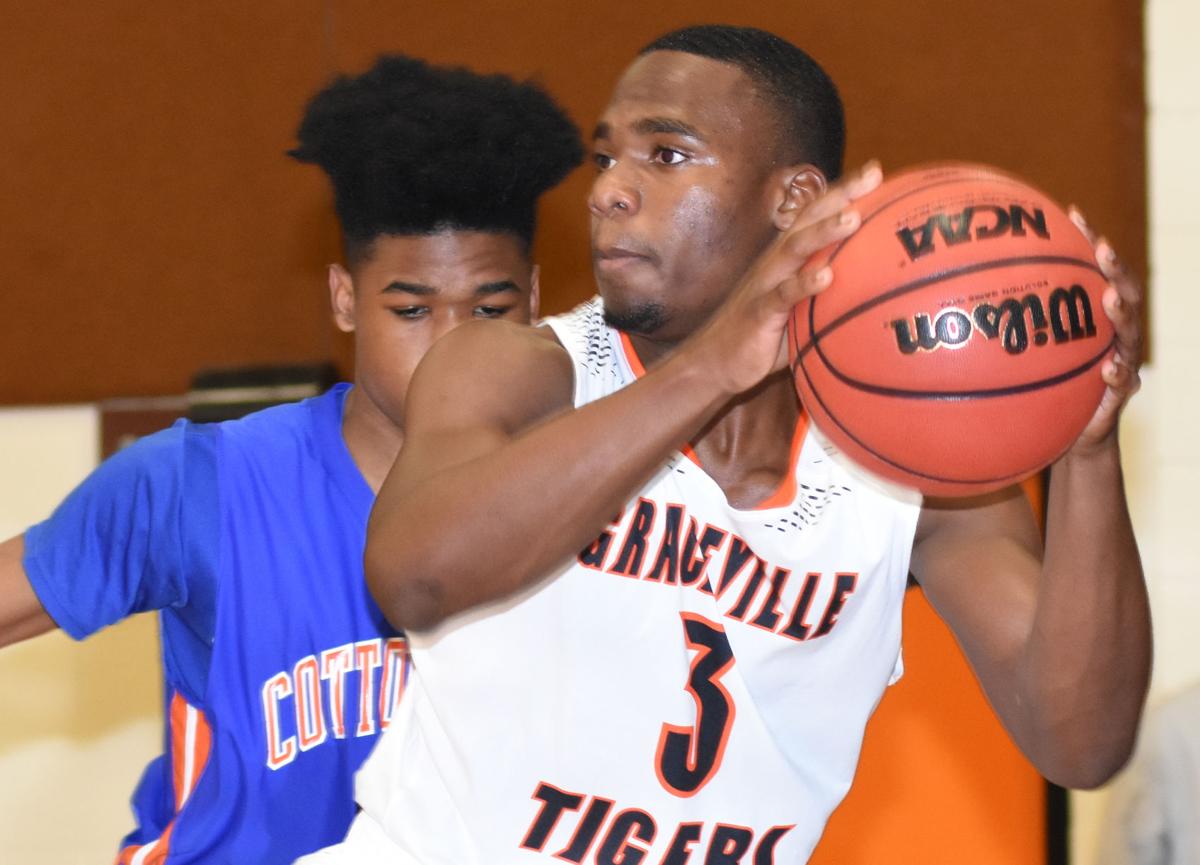 Graceville’s Cam McClain looks for someone to pass to during Friday night’s game against Cottondale. 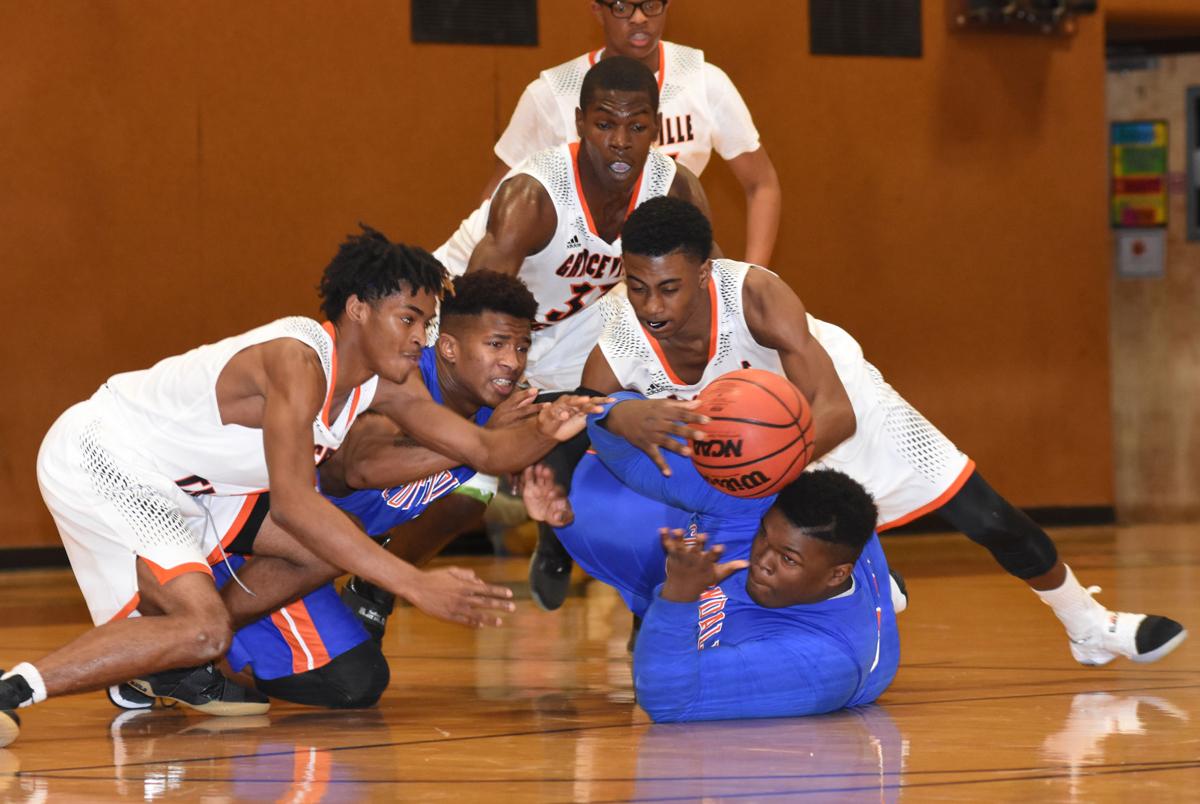 Graceville and Cottondale players scramble for a loose ball during a tightly contested game Friday night between the county rivals. Graceville won 42-35.

Graceville coach Justin Miles was proud of the way his Tigers gutted out the victory.

“We played really good defensively and did just enough offensively to win,” Miles said. “It was a very ugly game, just happy to get a win.”

Miles noted that while White was to get his points, he did so in an efficient way.

“He was aggressive,” Miles said. “But played within our offense to get some easy shots and didn't force up bad shots.”

Miles gave a ton of credit to Cottondale for mucking up the game and force Graceville into turnovers.

“I thought they played hard,” Miles said. ‘’They made us turn the ball over more than I would like.”

On defense, Graceville’s zone was able to contain Cottondale’s offense.

“We were just doing what we do, being long and active, try to extend our zone and force some turnovers,” Miles said.

Cottondale coach Chris Obert was disappointed with the result but still proud of the way his Hornets battled throughout.

“We played hard and gave a good effort. We just left too many points out there with a few missed layups on the break and some free throws down the stretch,” Obert said. “But I thought we did a good job of being disciplined for most of the game.”

“Their length and athleticism causes a few issues for us,” Obert said. “They played hard and was able to push us out of some stuff we tried to do. You’ve got to tip your cap to them.”

Obert had some positive things to say about the play of his senior Hall.

“He played well. His energy on defense was good and on the break in transition,” Obert said. “He also found a few holes in their zone and was able to convert a few.”

Next up for Graceville is a trip to county foe Sneads on Jan. 17. The Pirates went into Graceville and knocked off the Tigers 53-51 on Dec. 1.

“It’ll be another tough game. They are long and athletic and shoot it well,” Miles said. “They beat us the first game of the year so hopefully my guys will be ready to play.”

“This is going to be another tough hard fought game, just like every game is in this district,” Obert said. “They're a very talented team and Coach Zessin has them playing hard. It’s going to be a tall task for us. Hopefully we'll find a way to hang in there and have a chance of pulling it out.”

Graceville’s Cam McClain looks for someone to pass to during Friday night’s game against Cottondale.

Graceville and Cottondale players scramble for a loose ball during a tightly contested game Friday night between the county rivals. Graceville won 42-35.