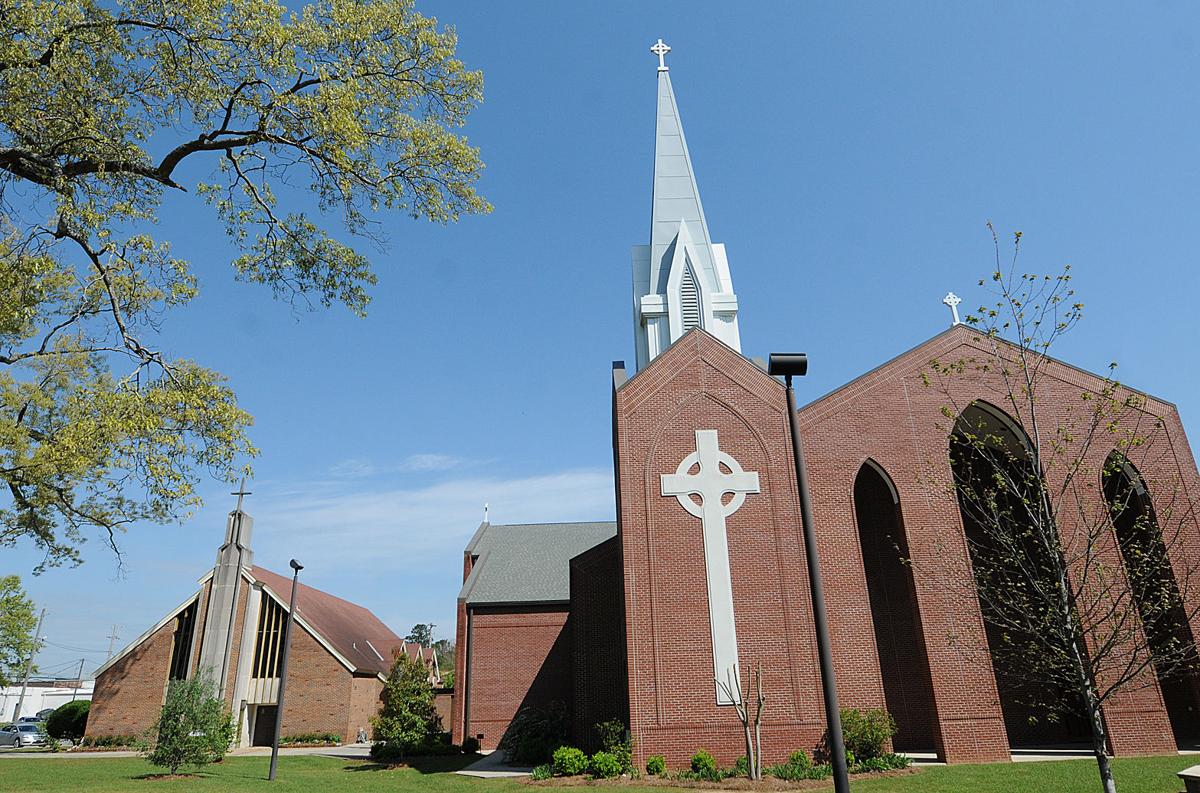 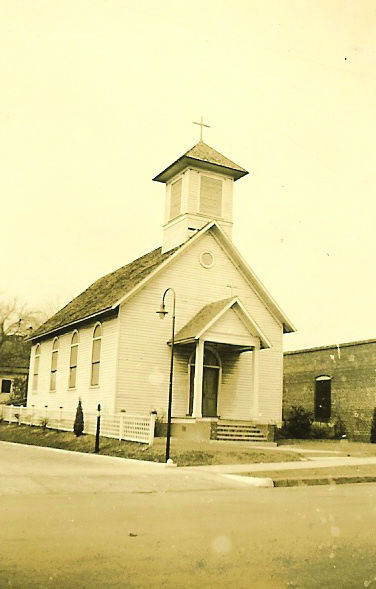 St. Columba Catholic Church dedicated its first church in 1915, serving 15 members. Prior to that, a priest from Eufaula would visit Dothan four times a year to celebrate Mass at the Murray home on East Main Street. 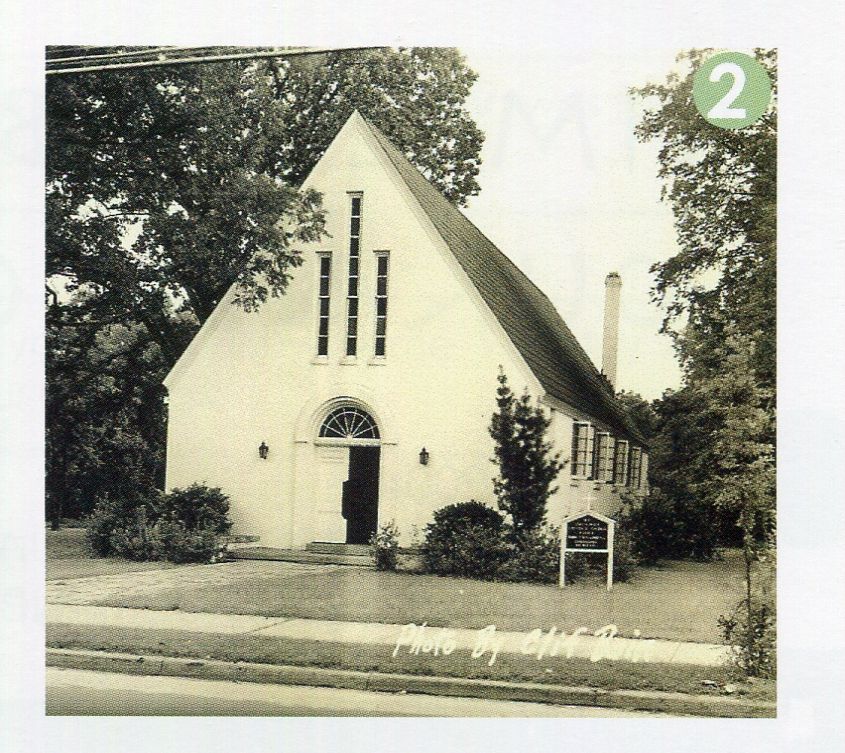 St. Columba Catholic Church built a new brick church on West Main Street near where the Ark Christian Center is located. The new church was built in 1941.

In 1915, the congregation of 15 people dedicated their first church building at the corner of Oates and Main streets. Today, the site is a parking lot for the Houston County Courthouse, and St. Columba Catholic Church serves 1,000 families at the church on West Main Street near Ross Clark Circle.

There are only a few Catholic churches in the Wiregrass ̶ Enterprise, Ozark, Troy, Dothan and Eufaula. To mark St. Columba’s centennial year, the Dothan church will host a number of events throughout 2015.

“I think it is a real opportunity for us to celebrate the gift of faith and also for us to realize the sacrifices people made before us so that this church would be established,” the Rev. Patrick Gallagher said.

In 1915, the percentage of Catholic worshipers in the Wiregrass was small. But as Dothan grew and as new industries came into the area, that percentage increased. The railroad brought new Catholic families to the area as did Fort Rucker, said Elsa Hoffman, a member of St. Columba’s history committee.

Like other families, Hoffman’s family has been attending St. Columba for several generations.

“Something I think is really fun about St. Columba, too, is we have so many different nationalities,” Hoffman said. “It’s a very colorful congregation as far as different cultures, and it’s really kind of interesting because their faith is still tied so much to their culture.”

And while the congregation at St. Columba has outgrown three churches, Gallagher said the Catholic population in Dothan is still a small percentage of the local population compared to Mobile and Montgomery.

But Gallagher said he thinks there are more pros than cons to having a smaller population.

“The Catholic people here have to be on their toes knowing their faith because they get questions every day,” Gallagher said. “So they want to be able to explain in a very nice, realistic way about our faith. I think it strengthens us. There’s an eagerness to know more about the faith.”

St. Columba Catholic Church remained at the corner of Main and Oates streets from 1915 to 1941, when it moved to a new brick building at 501 W. Main St. A newer church was built in 1963 at the church’s current site near Ross Clark Circle. The current and fourth church was dedicated in 2007, located next to third church building now used as a chapel.

St. Columba, the church’s patron saint, was born in Ireland in 521 AD. A poet, scholar and writer, he became a monk and founded a number of monasteries in Ireland before he founded a monastery on the island of Iona off the coast of Scotland.

Activities held to mark St. Columba’s 100th year include events that non-Catholics are welcome to attend, such as a presentation on April 9 by the Rev. Anthony Ciorra and the International Food Festival in September. Members of other denominations and faiths are invited to St. Columba’s annual Ecumenical Luncheon.

Dec. 27 – Holy Family Sunday and Closing of the Centennial Year

St. Columba Catholic Church dedicated its first church in 1915, serving 15 members. Prior to that, a priest from Eufaula would visit Dothan four times a year to celebrate Mass at the Murray home on East Main Street.

St. Columba Catholic Church built a new brick church on West Main Street near where the Ark Christian Center is located. The new church was built in 1941.