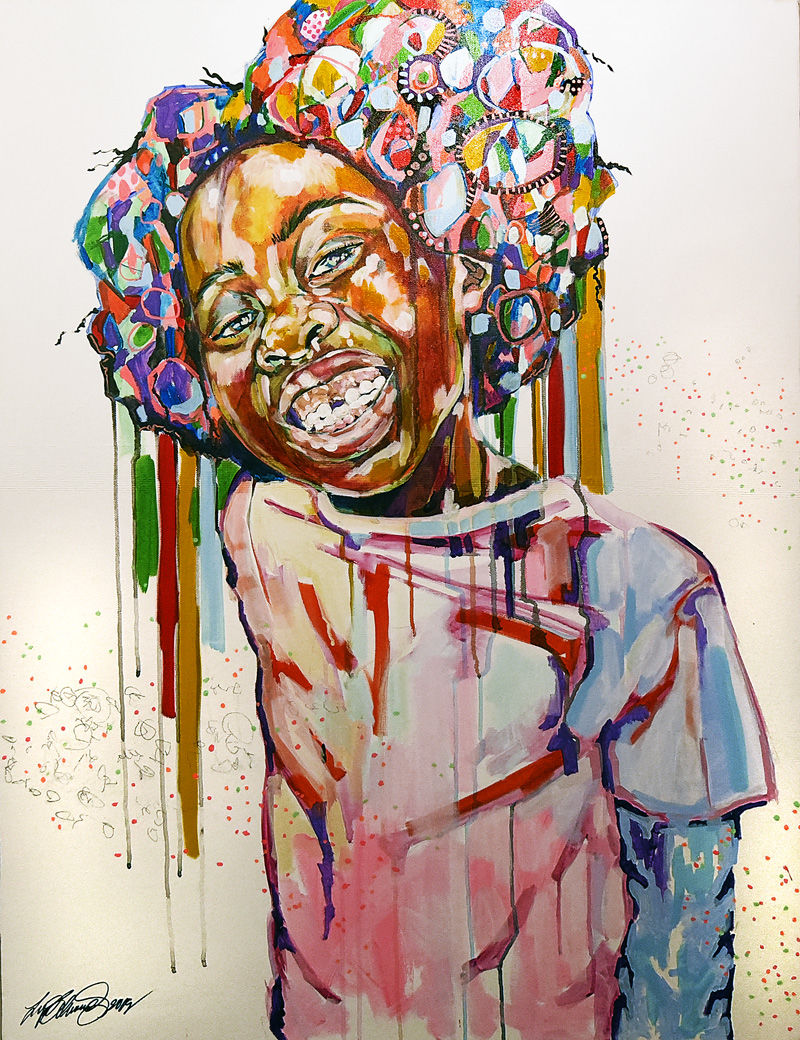 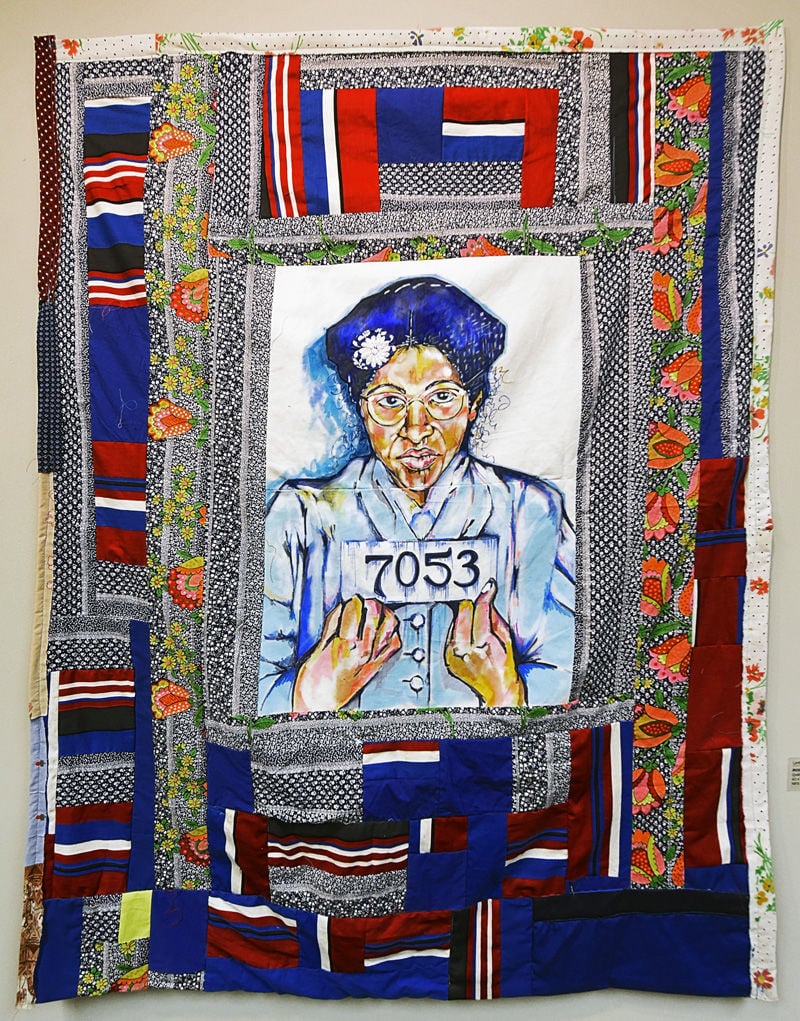 With the snaggletooth smile of a young girl painted in bright colors or Rosa Parks’ mug shot painted onto a quilt, artist Lynthia Edwards wants to capture something she never saw much in art while growing up in rural Alabama − black women and girls like herself.

“What I wanted to do as an artist was create these images of everyday, ordinary black girls,” the 41-year-old artist said. “One, because we’re missing in art – the everyday, ordinary black girl is missing. We don’t paint her. We don’t paint her really big. She’s just not a subject. And I wanted to put them in a place where they could be glorified. People could walk in and see you and go, ‘Oh, my gosh, you’re adorable; you’re beautiful; you are the cutest thing ever.’”

Edwards’ art is on display in the exhibit “Southern Styled Black Gal” at the George Washington Carver Interpretive Museum in Dothan until Oct. 19. Along with the portraits are a few of Edwards’ quilts, which feature hand-painted images like the famous mug shot of Rosa Parks or Mammy from “Gone with the Wind.”

The Carver museum will host a community art show during the Oct. 4 Foster Fest. From 6:30-8:30 p.m., people are invited to come by the museum dressed in their “Southern Styled” best to see the exhibit. Heavy hors d’oeuvres and drinks will be served. While the event is free, reservations are required and tickets are available at SouthernStyled.Eventbrite.com. Edwards plans to be at the art show.

Edwards grew up in Rockford near Alexander City. The daughter of a Pentecostal preacher, Edwards grew up in a very religious home off a dirt road. Art became an outlet on her family’s farm. She went on to get degrees in graphic design from the Art Institute of Atlanta, art education from Auburn University of Montgomery and a master’s degree from the University of Alabama at Birmingham.

Today, Edwards teaches art at the McNeel School in Birmingham for male juvenile offenders with the Alabama Department of Youth Services.

She uses the quilting in some of her art as way to preserve the art form, which she sees as part of her African-American lineage. To keep the hand-painted portraits soft on the quilts, she uses a type of fabric canvas but doesn’t prime the material.

The Carver exhibit also features a large wood panel painting of Recy Taylor, a Henry County woman who was kidnapped and raped by six white men in 1944 after leaving church. The men were never indicted despite confessions.

Edwards doesn’t do commissions, and she only paints girls she feels a connection with because in them she sees a bit of herself as a child. The portraits come alive with the bright acrylic paints used by Edwards. In some of the work, the subject’s hair takes on a mystical quality. She wants young black girls to know they’re beautiful.

The young girls featured in Edwards paintings are real girls that she has met along the way. She’s even found models in Walmart. The vibrant portraits start out as selfies that Edwards has the girls take with her phone. Many times, the parents become followers of Edwards on social media.

“Every last one of them is me,” Edwards said of her young subjects. “That connection – it’s something about that little girl whether she’s got snaggleteeth, and I remember myself having snaggleteeth. Or, she’s got this ‘fro that’s everywhere or this hair that’s half done and hanging out of a ponytail – that’s me. I have these memories of me combing my own hair or wearing clothes that did not match because I was artistic. So, when I see that, that’s my connection with my models.”

The Dothan/Houston County Education Retirees will meet on Thursday, Sept. 17, at the Wiregrass Rehab Center at 11 a.m.