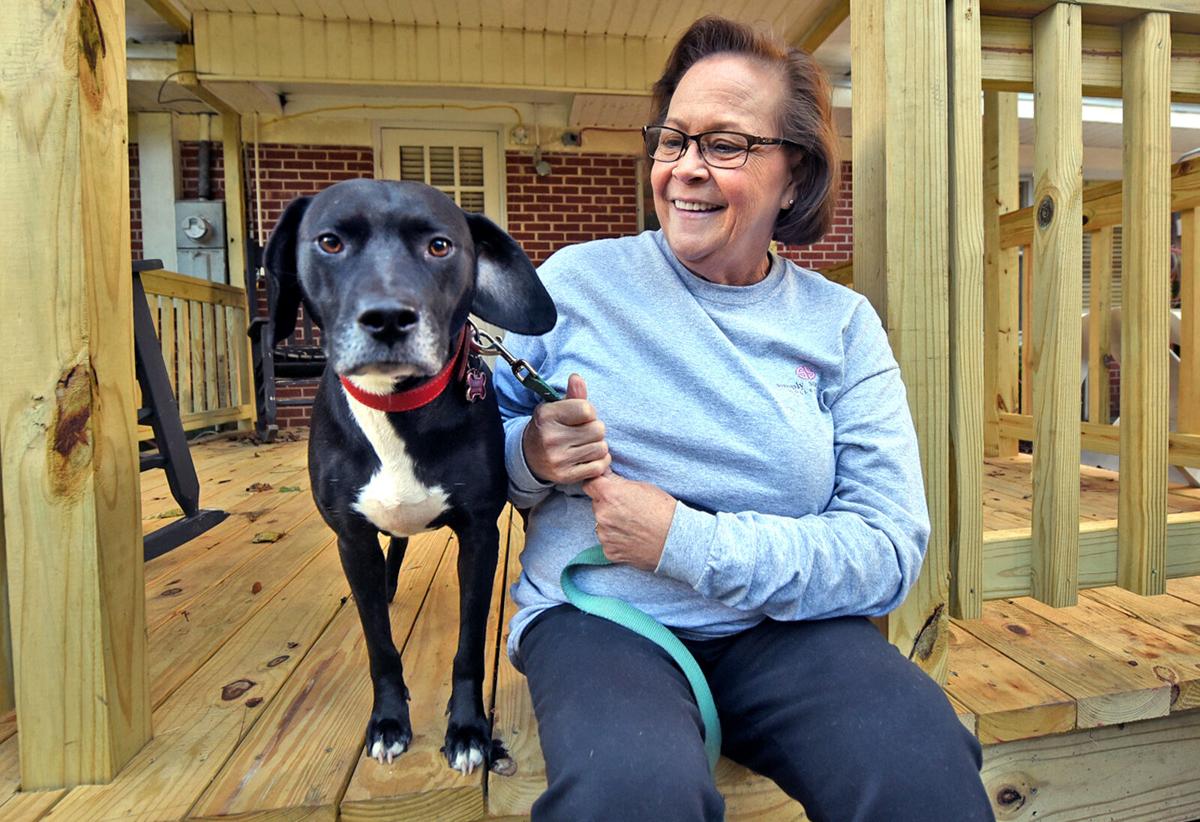 June Rountree poses for a photo with her dog, Abby, at her home on Monday afternoon. Abby had been missing for three weeks when the dog showed up at Walmart where Rountree works as a cashier. 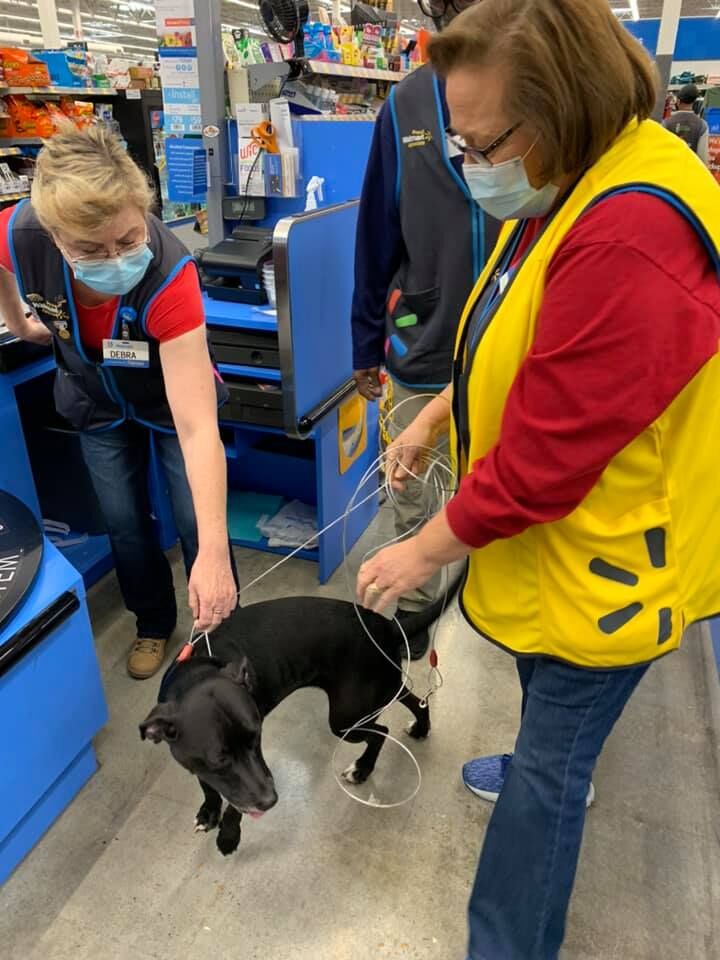 Dothan Walmart cashier June Rountree was surprised when she turned around to see her dog, Abby, standing near her register after she'd been missing for three weeks.

It was already busy day at Dothan’s south side Walmart when Abby, a black-and-white dog, strolled into the store on Saturday.

“I was just working as normal when I happened to look up at the perfect time to see this little black dog with no collar, no service dog vest, or leash was just running around,” Danielle Robinette, a customer service associate, said.

Robinette, a professed animal-lover, followed behind the security guard who was following the dog.

“She would just stop and look up at people. It looked like she was looking for someone,” Robinette said.

Abby walked straight past the registers on the front-end of the store, causing a bit of commotion as other workers were trying to steer her back out of the store.

June Rountree, a cashier working on register No. 6, turned around in time to see who was causing the stir.

“I was just in shock. I looked down at her and I couldn’t believe it,” Rountree said.

Abby went straight to Rountree, who bent down to hug her dog, who had been missing for three weeks.

“I just could not believe it was her. I felt like I was in a dream. I started in tears and I couldn’t talk with anybody,” Rountree said.

Robinette, who was still observing the scene unfold, was confused by Rountree’s behavior. Others went to go look for a leash to lead the four-year-old lab-pitbull mix out of the store.

When they returned, Rountree had found her voice again and immediately starting telling everyone it was her dog that had been missing since Nov. 8, when she broke out of her collar while in the backyard.

Rountree and her husband had scoured the neighborhood looking for her and checked the Dothan Animal Shelter to see if she had been brought there with no luck. She had begun to lose hope of finding the dog she’d rescued when it was a 1-year-old stray; that is, before Abby found her at her workplace.

“It was beautiful,” Robinette said. “It was so very overwhelming. I was in disbelief. I thought she was joking.”

On her lunch break, Rountree took Abby home, where she went straight to sleep in her dog bed after being cheerfully greeted by her playmate Coco, the Rountrees’ 6-month-old Chiweenie.

Rountree is still shocked that Abby was able to find her 1.7 miles from their home in the Cloverdale neighborhood across Ross Clark Circle and U.S. Highway 231, two heavily-traveled roads. How Abby knew where Rountree worked and was able to get there is a mystery, but Rountree is extremely grateful to have her back home.

Robinette was so enamored by the unlikely reunion she witnessed that she shared it on Facebook, thinking her fellow pet-lover friends would enjoy the tale. The post has been shared over 5,000 times.

These Neanderthal bones are thousands of years older than previously thought

These Neanderthal bones are thousands of years older than previously thought

Abby, a 4-year-old rescue dog in Dothan, has caught the attention of Drew Barrymore after her story spread nationwide.

June Rountree poses for a photo with her dog, Abby, at her home on Monday afternoon. Abby had been missing for three weeks when the dog showed up at Walmart where Rountree works as a cashier.

Dothan Walmart cashier June Rountree was surprised when she turned around to see her dog, Abby, standing near her register after she'd been missing for three weeks.