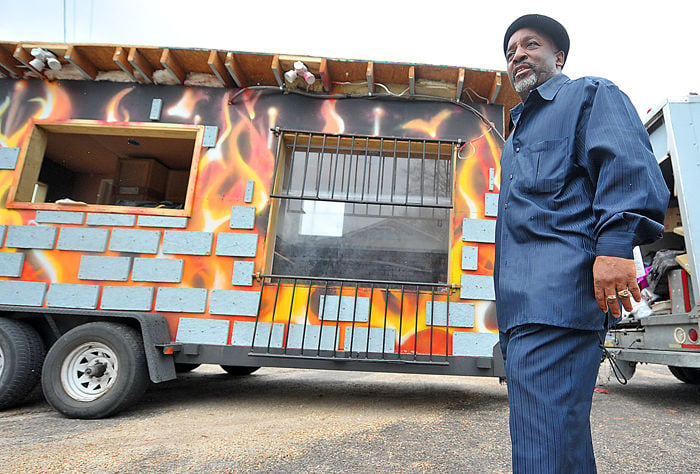 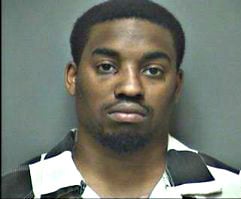 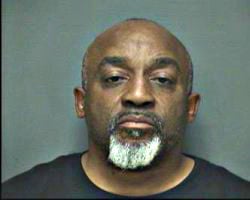 Dothan Police Chief Steve Parrish said police believe the Rev. Kenneth Glasgow, 52, was the driver of a vehicle involved in the shooting of 23-year-old Breunia Jennings of Dothan. Also charged is 26-year-old Jamie Townes of Dothan, whom police believe to be the trigger man.

Police believe Townes was angry at Jennings because he believed she stole his car. The two men are being held at the Houston County Jail without bail.

Under Alabama law, a person believed to have aided or abetted a criminal act is equally liable for the underlying act.

“Patrol units were responding to a suspicious vehicle call near Stringer Street AME Church,” Parrish said during a press conference Monday at the Dothan Police Department. “When the units approached the area, they noticed a situation that appeared to be an automobile accident. However, when officers approached the area they knew the scene was a homicide.”

Parrish stated the investigation is ongoing and additional arrests may occur since additional passengers are believed to have been in the vehicle police say was driven by Glasgow.

“It appears Jennings stole Townes’ vehicle,” Parrish said. “Instead of him notifying law enforcement, he took matters in his own hands and jumped in Mr. Glasgow’s vehicle to find Breunia Jennings. It is apparent Breunia Jennings suffered a gunshot wound to the head. Several rounds were fired at the vehicle she was driving, but one struck her in the head that caused critical injuries. She passed from her injuries. I want the family of Breunia Jennings to know our thoughts and prayers go out to them during this time.”

According to Parrish it has not been determined at this time if any vehicles involved in this incident were actually the vehicles related to the suspicious vehicle call.

Glasgow has been involved in several community movements since being released from prison. He was convicted on drug charges in the late 1980s. Upon his release, he founded The Ordinary People Society, a community and homeless ministry in Dothan. He has advocated for the restoration of voting rights for ex-felons and helped start Moma Tina’s Mission House in Dothan, along with his mother.

Glasgow has referred to himself as Kenny Sharpton Glasgow on several occasions and is believed to be the half brother of the Rev. Al Sharpton, founder of the National Action Network.

Under Alabama law, murder committed by or through the use of a deadly weapon while the victim is in a vehicle is considered a capital crime. A person convicted of a capital crime is eligible for life in prison without parole or death.

Townes has several previous arrests for drug and theft offenses. He was most recently arrested in 2015 for stealing around $2,000 worth of merchandise from Burlington Coat Factory at Wiregrass Commons Mall. He was sentenced in 2016 to 30 months in prison for the offense and three others. Court records indicate he was paroled Sept. 12, 2016.

Where: 802 Allen Road, near Lake Street

On Texas visit, Biden warns Iran 'to be careful'

On Texas visit, Biden warns Iran 'to be careful'

Kenneth Glasgow is known throughout the Wiregrass for his community activism. His arrest Monday on a capital murder charge left many who have …

Mother of Breunia Jennings: They didn't have to kill my baby