Thanks for reading! Log in to continue.
Enjoy more articles by logging in or creating a free account. No credit card required.
Log in Sign up {{featured_button_text}}
You are the owner of this article.
Edit Article Add New Article
You have permission to edit this article.
Edit 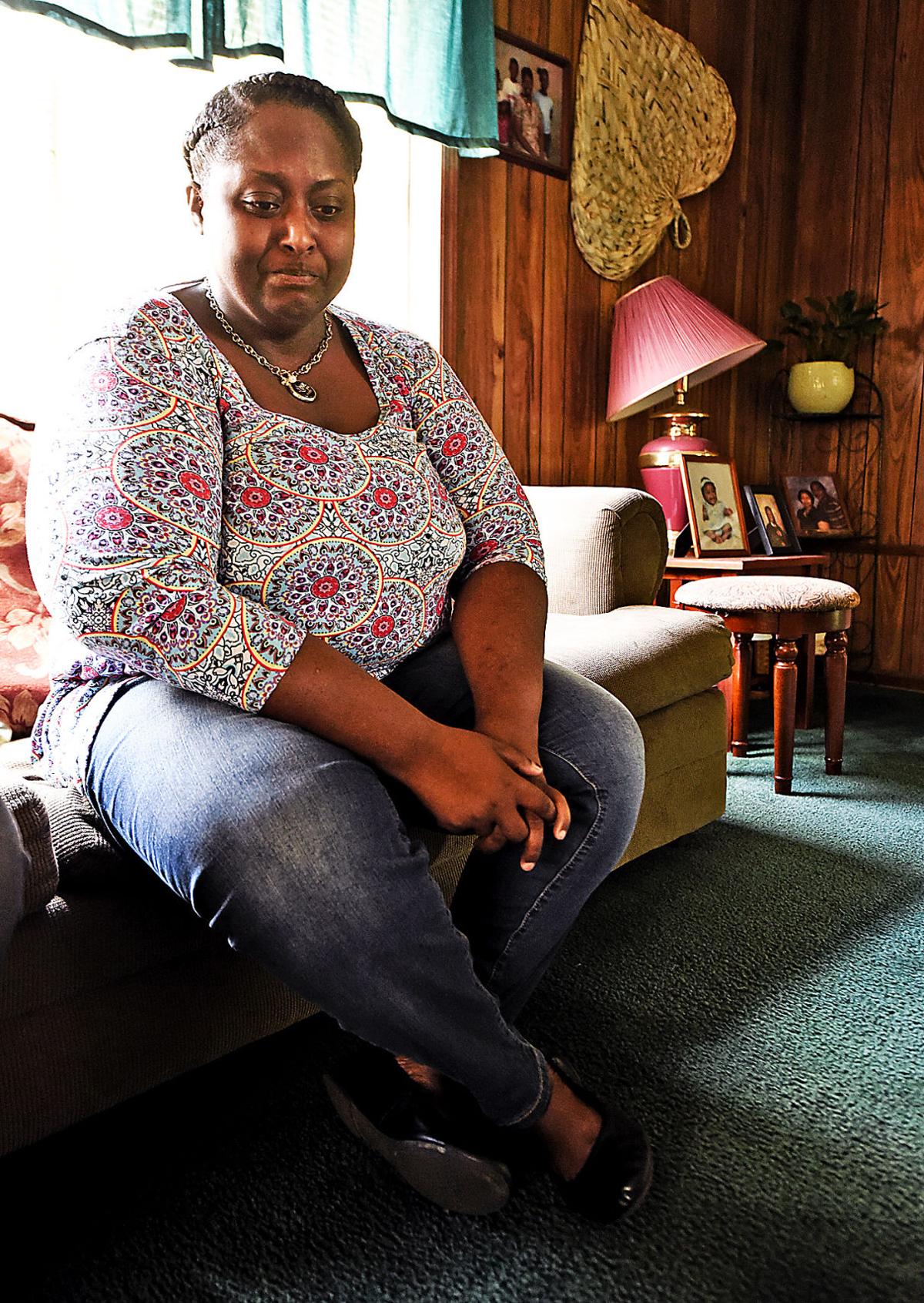 Lakesia Reaves holds back tears as she talks about her daughter Breunia Jennings on Tuesday afternoon. 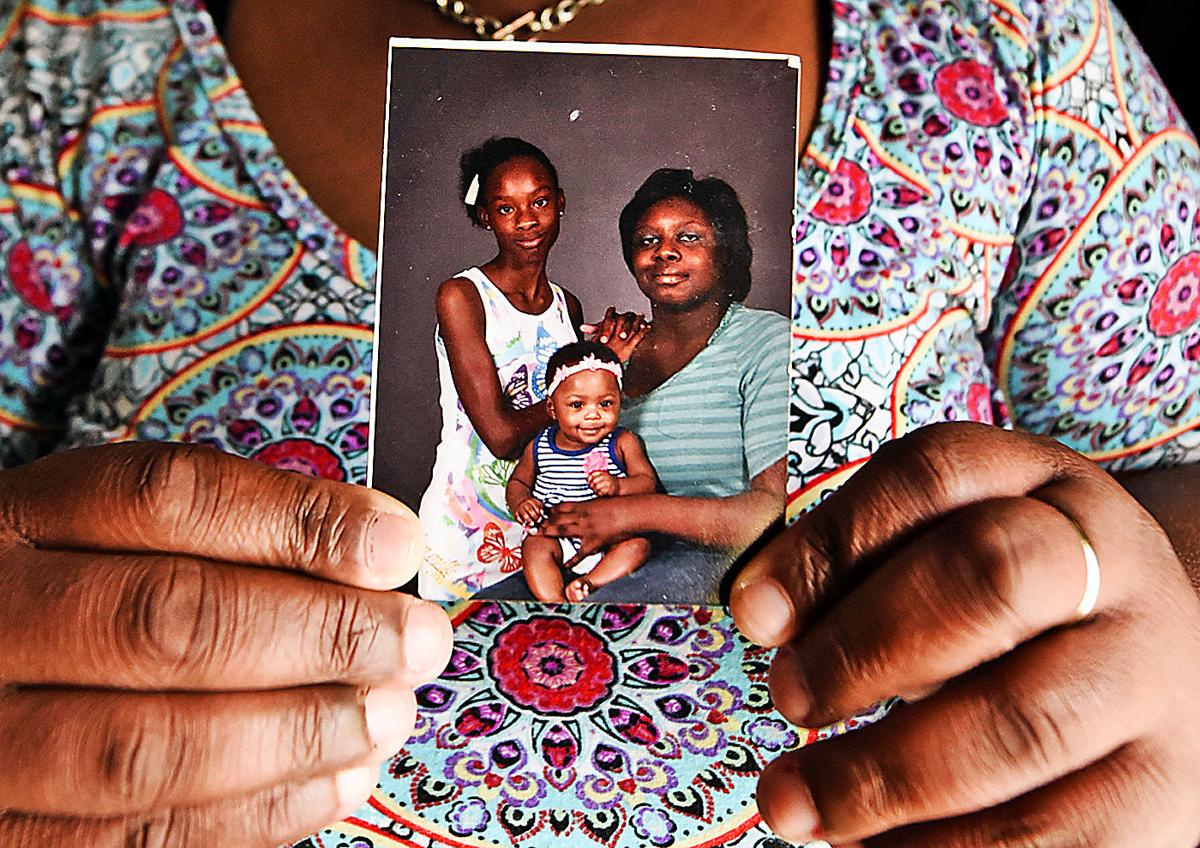 Lakesia Reaves holds a photo of her daughters on Tuesday. Reaves' daughter Breunia Jennings (pictured right) was shot and killed on Sunday night.

“Breunia was a very trustworthy person,” Reaves said. “I never knew her to have connections with anyone like Jamie Townes; and we only knew of Kenneth Glasgow.

Glasgow is also charged with capital murder in connection with Jennings’ death because police say he drove Townes to the location where Jennings was shot.

Reaves said, to her knowledge, Jennings did not know Townes prior to Sunday.

Although Reaves said she seeks justice, she said she also prays for those responsible for the death of her daughter.

“I pray God has mercy on them for taking my baby,” Reaves said. “She didn’t deserve to die this way. Why did they have to kill her?”

Reaves disputes an assertion she stole a vehicle belonging to Townes.

“I know my child, and my child had no reason to steal a vehicle. She didn’t even care much for driving,” Reaves said.

Reaves said Jennings was seen earlier Sunday evening at a convenience store by her sister. According to Reaves, Jennings’ sister had called to inform her she saw Jennings at the store. During the conversation it was also mentioned Jennings was on foot, not driving a car.

Reaves has her own theory about her daughter’s murder.

“Breunia loved to walk,” Reaves said. “Like I said, she didn’t care much for driving. I believe these two men saw my daughter out walking, and forced her into the car, and as she struggled and fought with them they shot her. She had no reason to steal a car. This is what I believe occurred.”

Reaves said Jennings was an honor roll student in her early years of school, but was diagnosed bipolar at 13. Jennings graduated from Dothan High School in 2013.

As Jennings and her family dealt with the disease, it was quickly determined Jennings did not like to take her medication.

“It was a constant battle to keep Breunia on her medication,” Reaves said. “She thought the medication kept her from being herself and being free. But, she would never steal a car. My child would fight, and the only time she was ever barefoot was when she was fighting. She would always say she could not fight with shoes on. When she was found, she was found barefoot.”

Police have no revealed any additional details of the investigation into Jennings’ death, other than brief comments made by Police Chief Steve Parrish during a Monday press conference. Parrish said the preliminary investigation indicates Townes believed Jennings stole his car.

“My daughter always knew if there was anything she needed, she could come to me,” Reaves said. “Our daily routine consisted of me either getting a call or text every morning at 4 a.m.”

Instead of getting a call or text from Jennings Monday, Reaves saw a television report about a Sunday night shooting. At that time, the name of the victim had not been publicly released.

“While I was at work, I looked up on the television screen and saw investigators talking about the shooting,” Reaves said. “I already knew something was wrong because I had not heard from Breunia that morning, but I had no idea they were talking about my daughter on TV. I can remember praying for the family involved. I asked the Lord to be with them.”

Reaves did not know she was praying for herself. A short time later, investigators visited Reaves to tell her the news.

“I have worried something like this would take Breunia from me,” Reaves said. “She was just so trustworthy.”

Reaves said no family should endure the loss of a child to violence.

“There is nothing worth killing someone over,” Reaves said. “She had a heart of gold. Why would they kill her? Everyone who knew Breunia knew she might speak harsh words, but within five minutes she would call to apologize. She never let her pride get in the way of apologizing. She just wanted to be free, and by not taking her medications, she believed she was free.”

Reaves said Glover Funeral Home is in charge of funeral arrangements, which will be announced later.

Lakesia Reaves holds back tears as she talks about her daughter Breunia Jennings on Tuesday afternoon.

Lakesia Reaves holds a photo of her daughters on Tuesday. Reaves' daughter Breunia Jennings (pictured right) was shot and killed on Sunday night.