An architect’s rendition of the lobby area of the new Enterprise Recreation and Aquatics Center. The exterior of the new Enterprise Recreation and Aquatics Center. 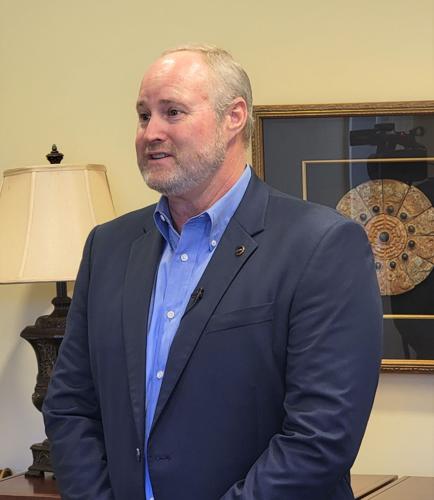 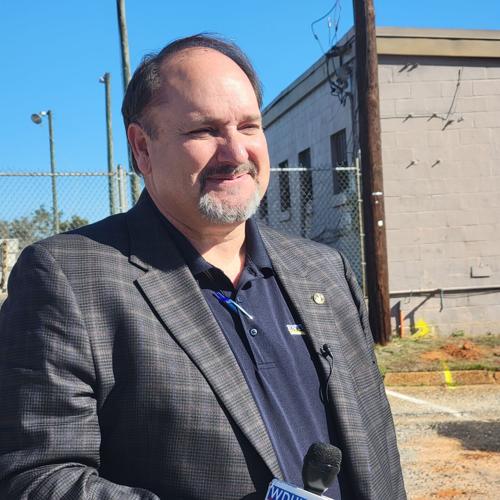 ENTERPRISE — How the new $23 million Enterprise recreation and aquatics center will look when completed was revealed by city officials Monday morning.

The new facility will be built on the site of the old recreation center and now-defunct swimming pool which is in the process of being demolished.

“The asbestos has been removed and now we’re taking down some of the concrete behind us,” said Mott as he pointed to the 50-year-old buildings behind the swimming pool of the same age that had been shut down for years. “By the first part of January, the site should be cleared for new construction.”

When completed, the facility will be the size of two and one half football fields and four times the size of the existing Enterprise City Hall, said Powell. “The building behind us has served us well since the early 1960s but the needs of the community are different than they were in the ‘60s.”

Construction is expected to take up to 24 months once it starts, Mott said. “The real success story here is how the community came together to bring to reality a state of the art facility that the citizens deserve.”

OZARK – A candlelight prayer vigil for a Dale County woman found dead in Coffee County from gunshot wounds Oct. 4 was held at the downtown amp…

A 7-year-old Texas girl has been found dead two days after being reported missing. A FedEx driver who made a delivery to her home shortly before she disappeared was arrested in her death. A  tip led authorities to the man.

Seven months after plans for the center were first announced, a new mental health crisis center in Houston County now has a home.

In the wake of a rash of gun violence that left four people dead in Dothan, Police Chief Will Benny reported that a two-week campaign by the d…

Florida man tried to steal from Walmart during Shop with a Cop event, police say

The store was "full of deputies" at the time. “Seriously we just can’t make this up,” begins the sheriff’s office news release.

To bring HudsonAlpha Wiregrass to Dothan, the city will not only provide a space in its proposed innovation center but is also committing $20.…

A Crawfordville, Florida, man and a Midland City woman charged with multiple sex crimes against a child are in Dale County Jail following thei…

A two-vehicle crash that occurred at approximately 7:16 a.m. Sunday in Coffee County has claimed the life of an Elba man, according to an Alab…

Neuralink is reportedly being investigated over animal testing

Neuralink is reportedly being investigated over animal testing

Meet the man who sings to alligators during Florida hurricanes

Meet the man who sings to alligators during Florida hurricanes

An architect’s rendition of the lobby area of the new Enterprise Recreation and Aquatics Center.

The exterior of the new Enterprise Recreation and Aquatics Center.