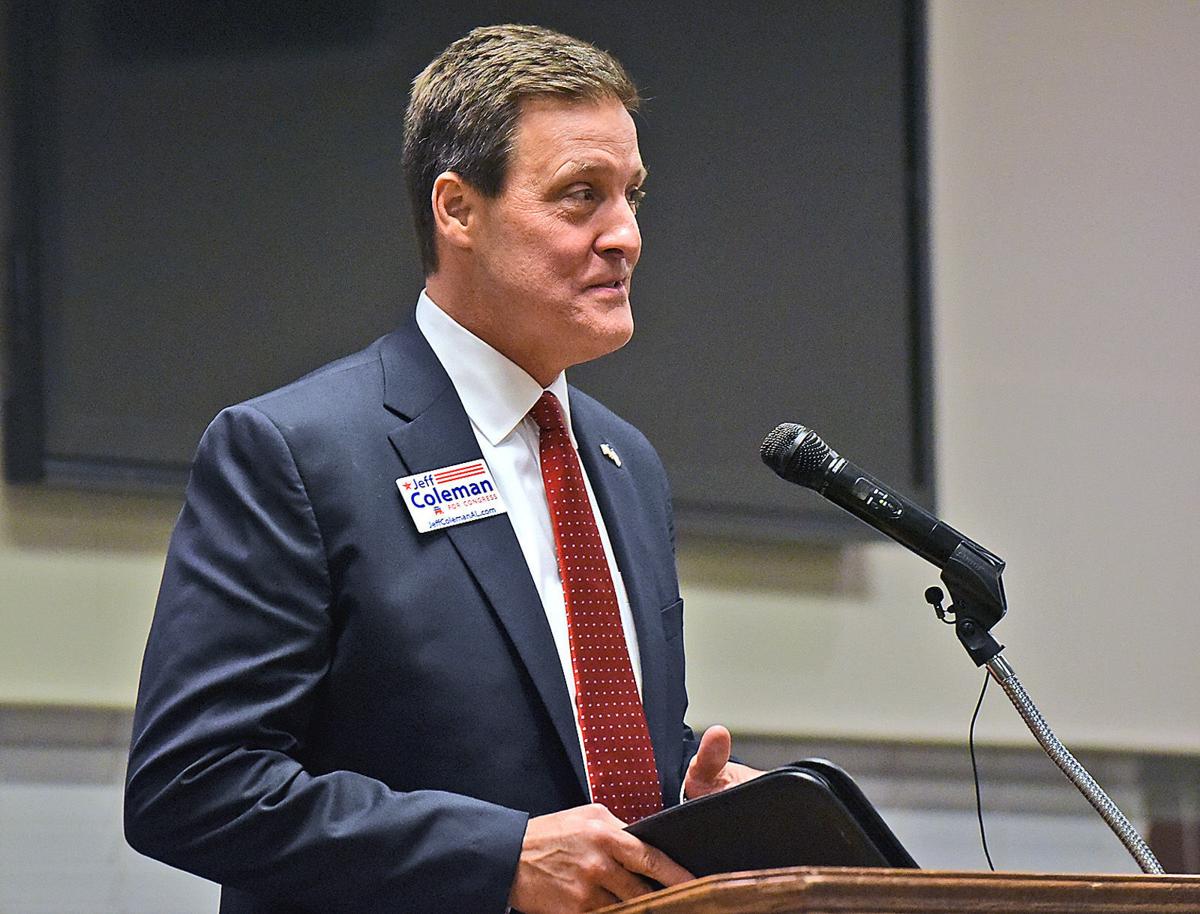 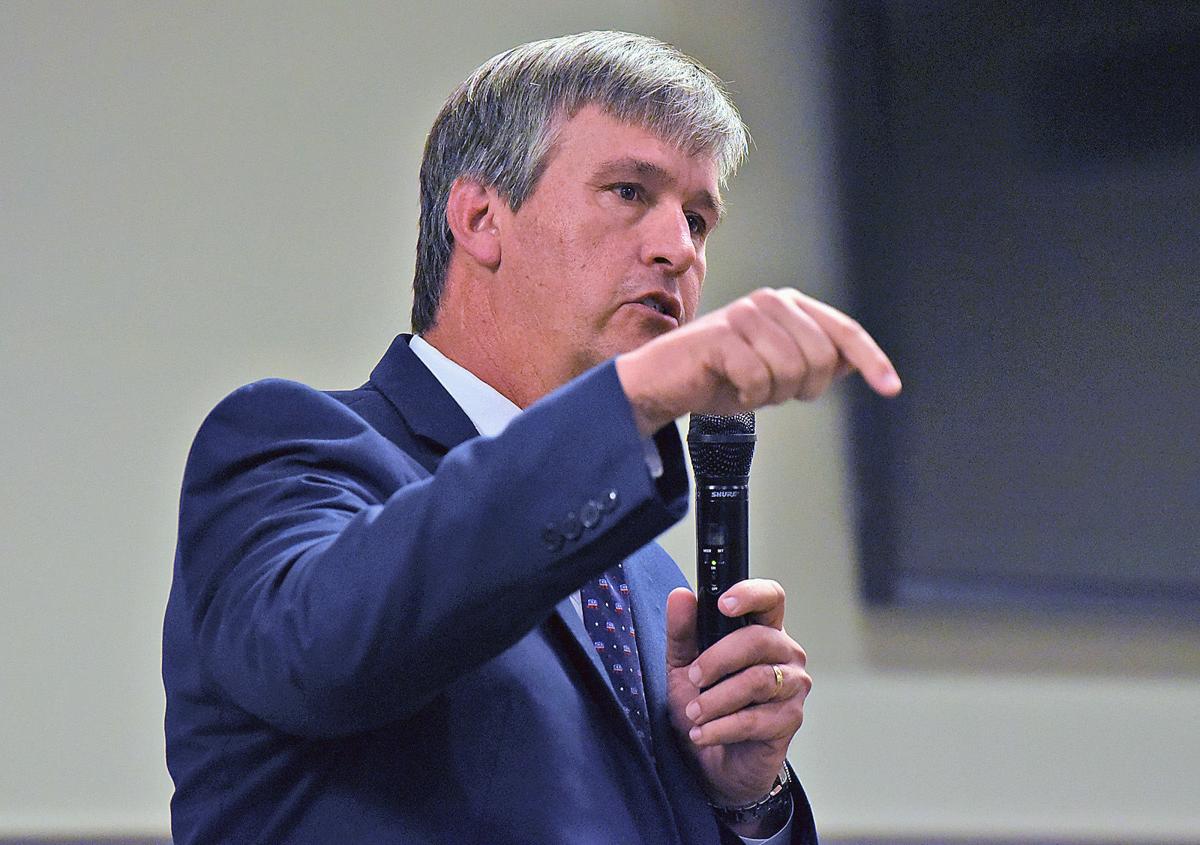 Runoff elections are a month away, and congressional candidates vying for the Republican nomination are scheduling appearances again.

Once COVID-19 began spreading in Alabama in March, 2nd Congressional District hopefuls Jeff Coleman and Barry Moore have had to limit face-to-face voter interactions. Both are navigating their campaigns with the ongoing virus threat in mind.

Moore has leaned on his Facebook follower base to maintain communication with potential voters, recently espousing support for President Donald Trump’s decision to name antifa a terrorist organization among other executive actions and informing voters of his recent endorsement by U.S. Rep. Jim Jordan, R-Ohio, the chairman of the House Freedom Caucus.

Moore’s campaign said both are considered to be part of the “president’s men” in the House.

“One of the key things we’ve done is working full time to help people with (the Paycheck Protection Program) and other programs. … That’s how we’ve been functioning during this time,” Moore said.

He said his campaign committee has gone into “customer-service mode.”

“It shows leadership,” he said. “You have to show that you’re willing to serve, and we’re trying to continue to do that. This is truly public service, and we want to approach it from that standpoint.”

Moore said his calendar is beginning to fill up as Alabama’s restrictions on gatherings are easing.

During a phone interview with the Dothan Eagle on Wednesday, Moore said he was attending a meeting with a small group of farmers to talk about issues their industry is facing. He also has scheduled television and radio interviews to talk about his platform, which includes smaller government and term limits.

Moore said he stands out as the only veteran in the race and someone who has walked away from running for his House seat again because he “term-limited” himself. Moore represented the 91st House District in the state House of Representatives from 2010 to 2018; in 2018 he ran for the 2nd Congressional District seat, finishing third in a field of five primary candidates behind incumbent Martha Roby and challenger Bobby Bright.

“I think it’s good we’re getting away from people who are establishment and career politicians,” he said. “You need people that have callouses on their hands.”

Moore said he looks forward to continue building on his campaign’s momentum and going to meetings to speak to voters as he is invited.

Coleman, who is challenging Moore in the July 14 runoff, led the field in the March Republican primary.

Coleman has likened himself in many ways to Trump. Like the president, Coleman is leveraging his extensive business experience and lack of political practice to sway voters.

He says the current civil and economic environment has only underscored the need for a representative with his background.

His platform continues to revolve around economic development, national defense and agriculture — three areas that Coleman believes need heightened attention in light of the global pandemic.

“These three things I feel like have resonated with the voters,” Coleman said. “I think with everything that’s going on in the world, it has added a lot of value to my message.”

Coleman said his campaign has been respectful in dealing with COVID-19 guidelines. His committee also uses different resources to spread his message, including online platforms and cold-calling to connect to potential voters. As state restrictions are easing, Coleman said he’s excited to be able to meet with people in person with proper social distancing.

Last week, Coleman joined the Dothan Tuesday Rotary Club at a small meeting and will be making appearances at several other events over the coming weeks.

Looking ahead to the November election, the Eagle asked Coleman how he would handle his numerous positions with his and his family’s companies, most of which are closely linked to Coleman World Group, across the country.

He stepped down as the CEO of Coleman Worldwide Moving, which is based in Midland City, and now acts as chairman of its governing board. He said other high-level executives, including close relatives, have already taken over many of his roles and job responsibilities at other corporate offices.

“I’m 100% committed to being a congressman,” Coleman said. “I will do everything regarding maintaining any and all the ethical standards and guidelines as I’ve been doing right now. If I have to step down from boards and groups and organizations, I will do that.”

Gov. Kay Ivey postponed the March 31 runoff to July 14 when it became clear that the public health crisis could deter voters from the polls.

The eventual winner will face Democrat Phyllis Harvey-Hall in November. The seat is held by Roby, a Republican, who isn’t seeking reelection.

It's time to nominate your favorites! The annual Best of the Wiregrass is a way to support our community especially during these uncertain times with a fun and easy way to recognize local businesses. Make your nominations June 28th - July 17th.

It's time to nominate your favorites! The annual Best of the Wiregrass is a way to support our community especially during these uncertain times with a fun and easy way to recognize local busi…