Artist rendering of the animal shelter planned for Dothan to replace the existing one. 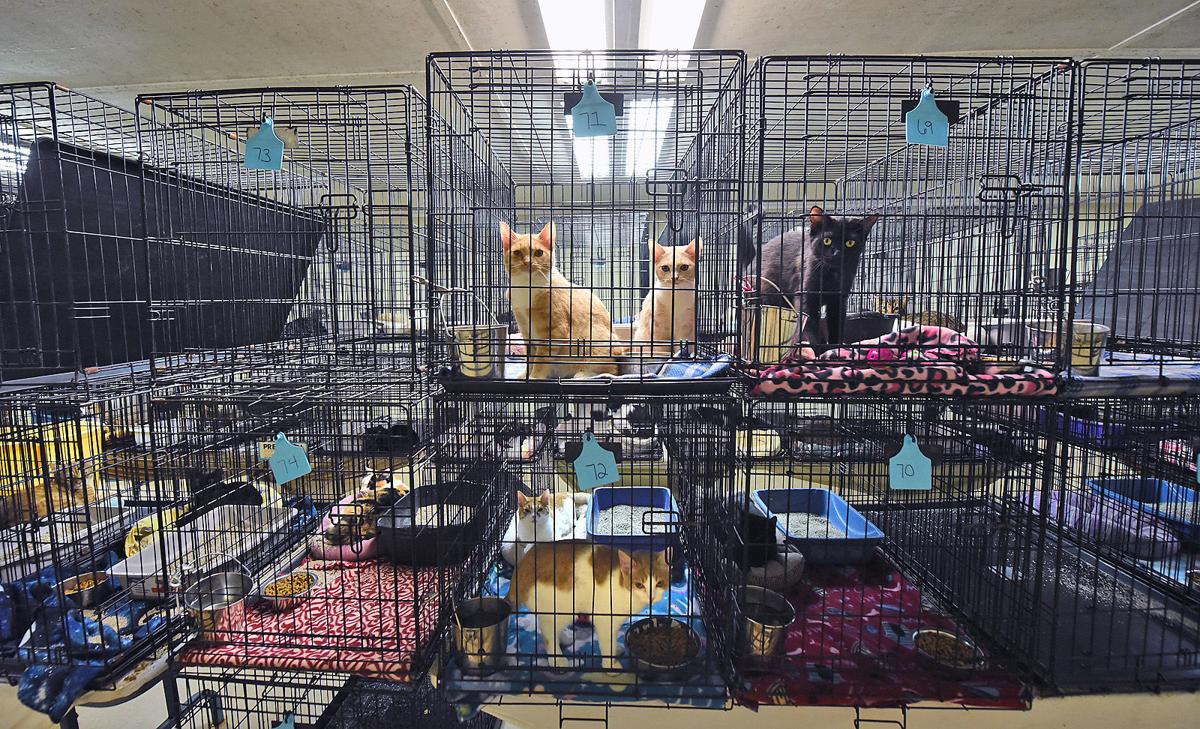 Cats at the Dothan Animal Shelter wait for adoption at the shelter on Wednesday.

Dothan’s dream of a multimillion-dollar, no-kill animal shelter is on the fast track to becoming a reality.

Stakeholders have established a 501(c)(3) nonprofit, the Wiregrass Pet Rescue and Adoption Center. It should be approved for tax-exempt status by the Internal Revenue Service within three months to begin soliciting donations to build the shelter.

The formation of the nonprofit is a result of a public-private partnership with the city of Dothan. Bryan Applefield, a local businessman and professed animal lover, has been involved with the initiative since 2007, when he approached Dothan leaders about a solution to overcrowding complaints and poor condition of the current animal shelter.

Applefield will serve as the president of the organization, with city Commissioner Beth Kenward as vice chairwoman. The city of Dothan will appoint five to nine directors to sit on a board to help make decisions.

Kenward, who initially presented the plan during a strategic planning meeting in February 2019, said she is excited that so many are embracing the idea and have a vision of what would be possible at a state-of-the-art, professionally designed shelter.

“The current animal shelter we have is in an almost unsalvageable state of disrepair,” police Chief Steve Parrish said. “We want it to be a destination rather than a dirty little secret.”

Operations at the current police-operated shelter in a rural area next to the Omussee Wastewater Treatment plant will be moved to the new facility, which is expected to cost close to $5 million.

In December, many members of a focus group consisting of Mayor Mark Saliba, city manager Kevin Cowper, and several business owners, and local nonprofits went on a trip to Blacksburg, Virginia — a city similar in size to Dothan — to visit a shelter with a similar scope and organizational structure as the one planned here.

The goal is to give the location more visibility and a welcoming appearance.

Last week, a committee narrowed down a list of three sites — two on Ross Clark Circle and one on Hartford Highway — for the facility’s location. Shelter Planners of America, the consulting firm, suggested 3 to 5 acres for the site during a feasibility study in 2007.

Parrish said that Wiregrass Pet Rescue is planning a no-kill shelter, which means that less than 10% of the animals received at the center can be euthanized.

The hope is to significantly reduce those rates by increasing capacity, improving adoption rates and strengthening some city ordinances regarding pet owner’s responsibilities.

A big part of the plan is to create an evacuation shelter for pets at the facility.

Parrish said during Hurricane Michael evacuations, many pet owners ended up sleeping in parking lots and gas stations because there were no shelters that would take in animals.

“We want to be a good neighbor,” Parrish said. “It’s humanitarian. It’s the right thing to do. We’re very excited about it. We’re itching to get started.”

The Federal Emergency Management Agency thought it was a good idea as well, Parrish said, as Dothan is a regional hub along the evacuation route for much of the Gulf Coast.

The designation would help Wiregrass Pet Rescue by giving it another funding source.

Currently, the city must fund animal services, but a nonprofit can conduct its own fundraising and apply for grants that municipalities cannot.

Parrish said that as soon as the tax-exempt status is approved, the foundation will begin an aggressive fundraising campaign to collect donations for the shelter’s construction.

The City Commission and several animal-advocacy organizations, including the Wiregrass Humane Society, the Wiregrass Spay/Neuter Alliance, and Save-A-Pet, have been instrumental in driving the initiative.

Parrish said the plan should take three to five years, but with the number of generous pet owners in the Dothan area, he’s confident it will be closer to three.

Hero or criminal? Who is Julian Assange and what does he stand for

Artist rendering of the animal shelter planned for Dothan to replace the existing one.

Cats at the Dothan Animal Shelter wait for adoption at the shelter on Wednesday.