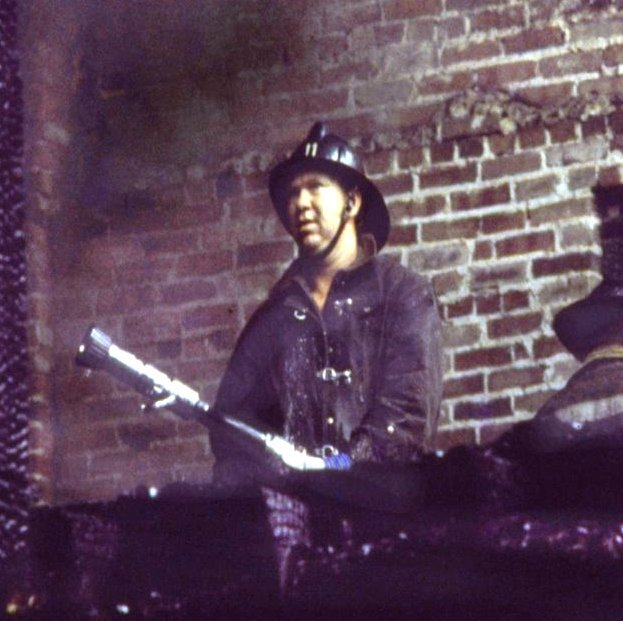 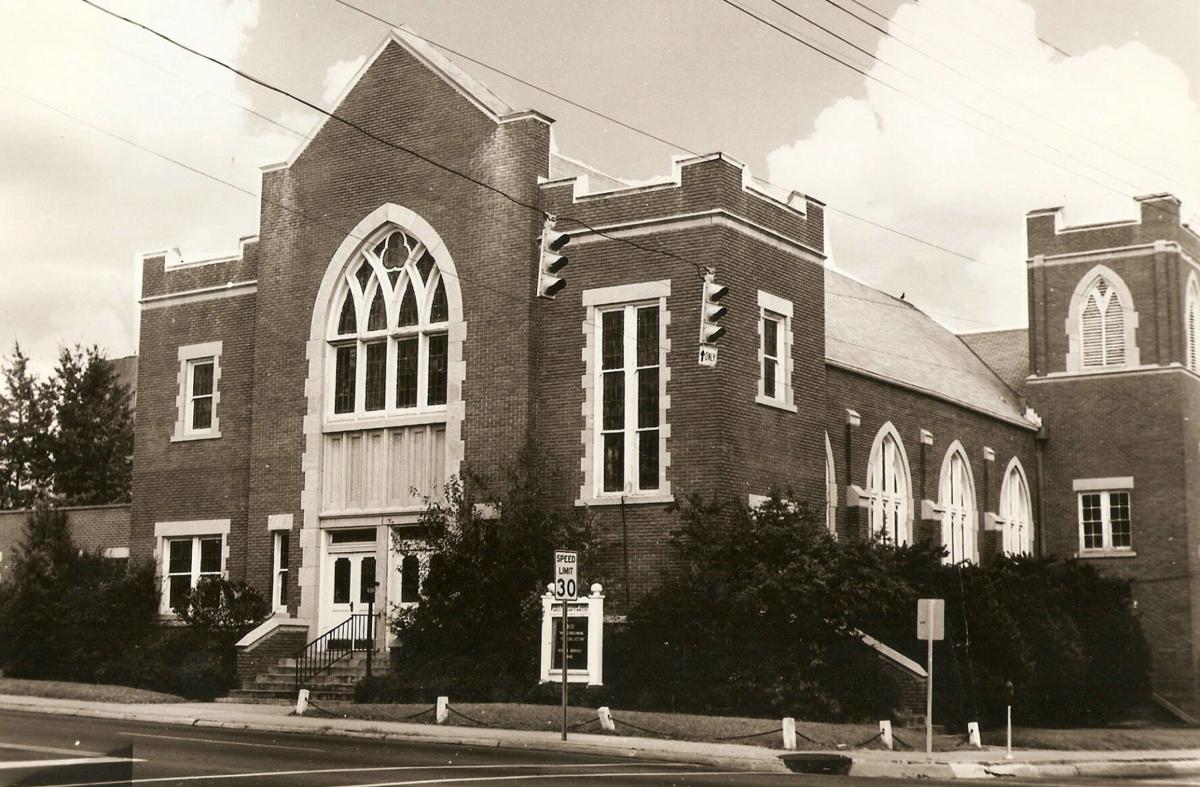 First Presbyterian Church is shown on the northeast corner of Oates and Troy streets, circa 1972. The church was heavily damaged by fire in January 1973 and most of it was torn down.

A: First Presbyterian Church was established in 1900 in downtown Dothan, according to the church’s website.

The five charter members held their first organizational meeting on May 27, 1900. The first church was constructed in 1901 on the northeast corner of Oates and Troy streets.

In 1923, members voted to tear down the original structure and construct a larger church. The new sanctuary was dedicated in 1924.

In 1972, the congregation contracted to build a new church at what is now 3012 W. Main St. and prepared to sell the downtown property.

On Friday, Jan. 12, 1973, the Houston County Commission presented a check to complete the purchase of the property from the church, according to stories in the Dothan Eagle.

The county planned to demolish the main church building for a parking lot. The church’s educational building would be used for county educational offices.

As part of the agreement, the county would not take possession of the buildings until March 1, allowing time for completion of the new church.

On Sunday, Jan. 14, 1973, the church’s oil-fired steam heating system was lit about 8 a.m. in preparation for that day’s services.

Not long after, about a dozen people who had arrived for Sunday school began smelling smoke in the building. Smoke was discovered in the historical room, a place where the church kept historic pictures related to its past.

Fire Chief Ray Barnes said the fire source was tentatively linked to a malfunction in the heating system. One theory was that after the furnace was ignited, the flue blew out or burned out in the historical room and the fire spread upward into the loft and roof.

The fire sent flames and smoke into the clear, sunny sky. The smoke was reported visible as far away as Cottonwood. About 45 Dothan firemen brought the fire under control in about an hour and a half.

First Presbyterian members held services in the First Baptist Church Annex while awaiting completion of their new building. The congregation held its first services at the new West Main location on May 27, 1973, the anniversary of the first organizational meeting.

Houston County still owns the downtown property. The only portion of the church that remains is the one-story section on the left side of the photo. The building currently serves as the Dothan field office for the Alabama Bureau of Pardons and Paroles, 230 N. Oates St.

Have a question? To submit a question, send it by email to jsailors@dothaneagle.com.

UN secretary general says 'the world must wake up'

UN secretary general says 'the world must wake up'

Dothan City Schools has joined a growing number of U.S. school systems fed up with a new social media challenge where students steal or damage…

Orders of monoclonal antibodies must go through state

Providers of monoclonal antibodies to treat COVID-19 are no longer able to order the drugs directly. Instead, all orders must go through the s…

James Fowler has managed to combine two things he enjoys – history and acting.

Local school systems have seen improvements in the number of students forced to isolate after a school-based exposure to COVID-19.

A senior at Dothan High School has been named a semifinalist in the 67th Annual National Merit Scholarship Program.

First Presbyterian Church is shown on the northeast corner of Oates and Troy streets, circa 1972. The church was heavily damaged by fire in January 1973 and most of it was torn down.