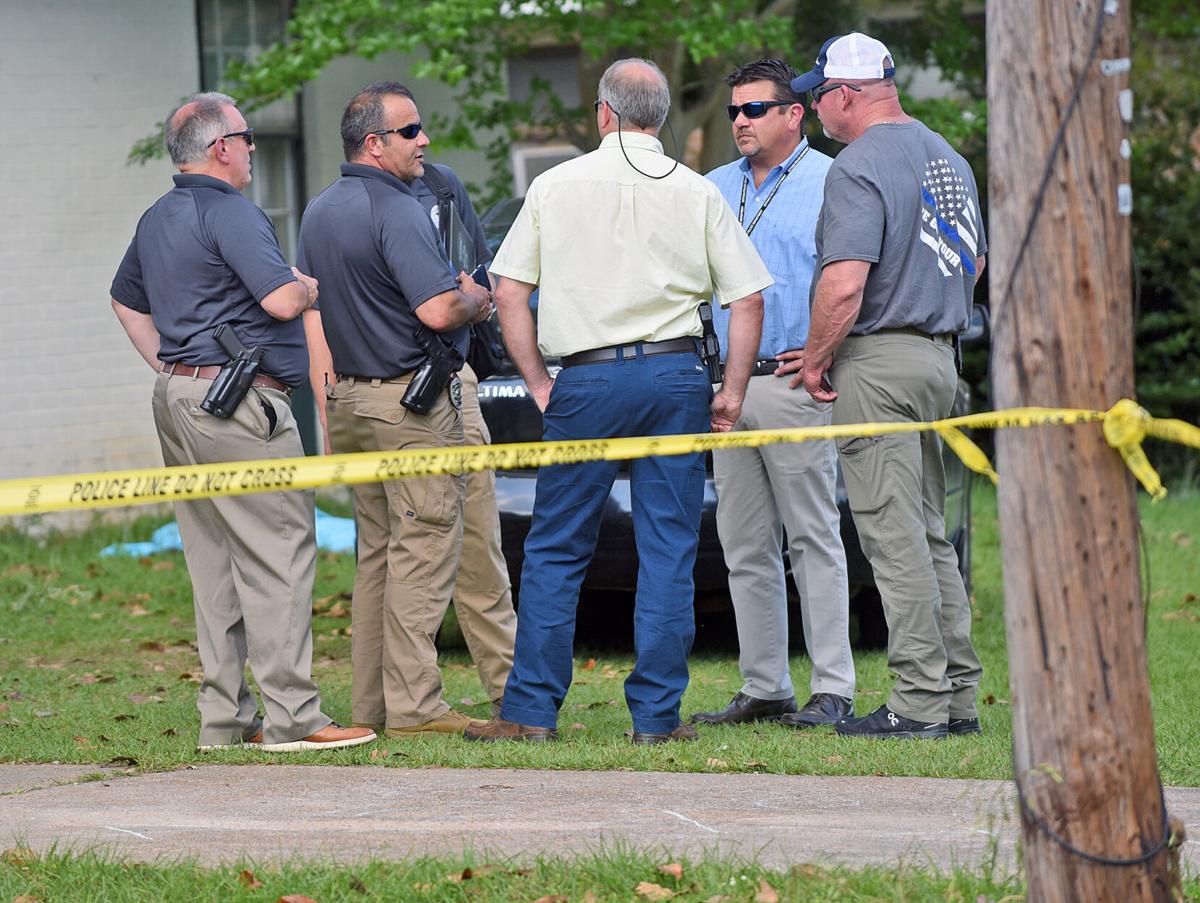 Dothan Police Chief Will Benny listens to investigators from his department outside of a home on Scott Road where a homicide had just taken place. 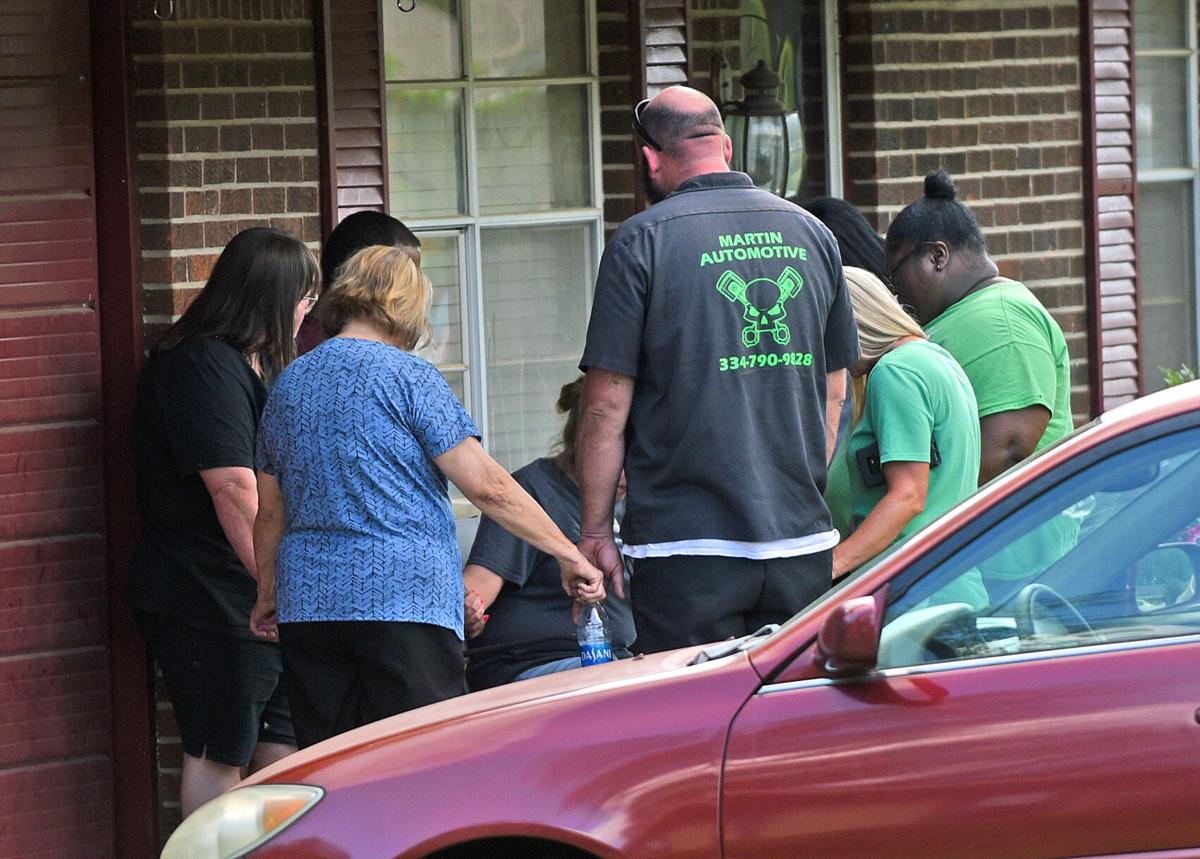 Residents on Scott Road gather in prayer after receiving news that a neighbor had been murdered in his home on Wednesday afternoon.

Dothan and state police are investigating an apparent homicide that left a man dead at his home on Scott Road Wednesday afternoon.

Dothan Police Lt. Scott Owens said the man’s wife and family have been notified, but police have not released the victim’s name.

Dothan police arrived at the scene at 2:30 p.m. after a receiving a call about a male having a “medical episode,” according to Owens. Officers arrived to the residence, where a baby was also inside unharmed.

Officers noticed evidence of a crime and the man was suffering from multiple wounds although Owens declined to describe the kind of wounds. The man was later pronounced dead at the scene.

Dothan police are investigating the crime with the assistance of the Alabama Law Enforcement Agency’s State Bureau of Investigation. At the scene, witnesses were still being interviewed. One bystander told police they heard gunshots shortly before police were called.

“We’re looking into that right now,” Owens said. “We talked to multiple people, and we’re trying to nail down a timeline and manner and cause of death at this time.”

Police did not have a suspect early Wednesday evening, but Owens said police are following all leads.

Currently, the family is receiving services from the Wiregrass Angel House, which assists survivors of violent crime.

EUFAULA — Court records from the Eufaula homicide case detail the four capital murder charges and give insight on the circumstances of the crime.

Two lawsuits aimed at Dothan police officers will be settled soon for an estimated $90K, if city commissioners approve.

Dothan police are seeking information on the apparent murder of a 27-year-old Dothan man on Alabama Avenue Thursday night.

Dothan Police Chief Will Benny listens to investigators from his department outside of a home on Scott Road where a homicide had just taken place.

Residents on Scott Road gather in prayer after receiving news that a neighbor had been murdered in his home on Wednesday afternoon.