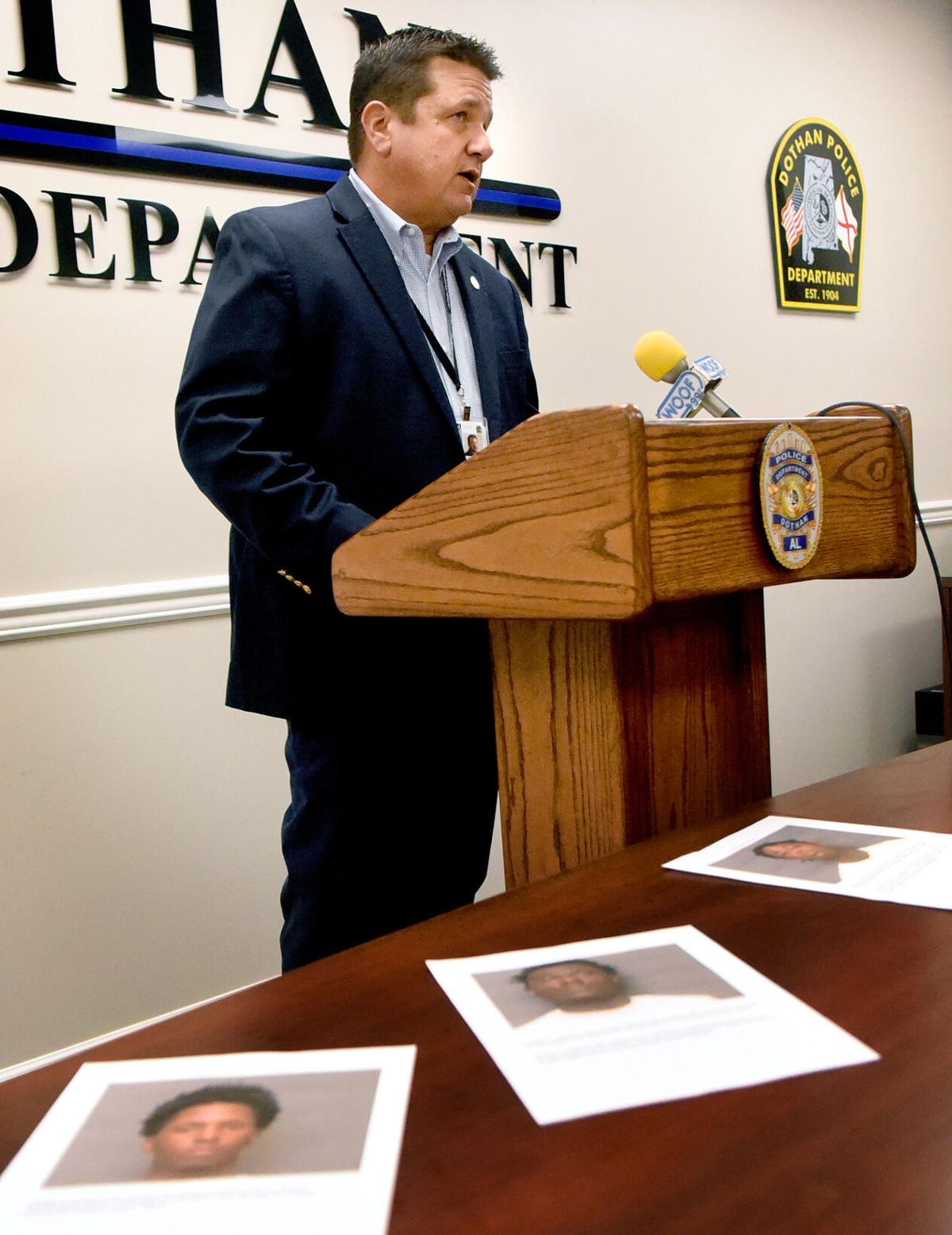 Dothan Police Chief Will Benny talks to members of the media on Thursday morning concerning the arrest of three suspects in a drive-by shooting overnight. 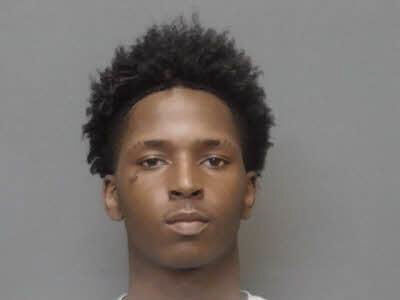 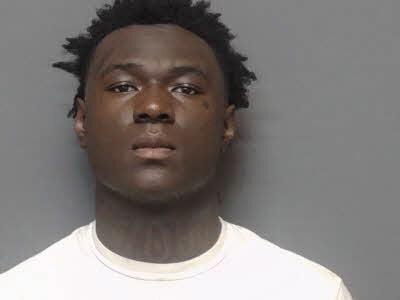 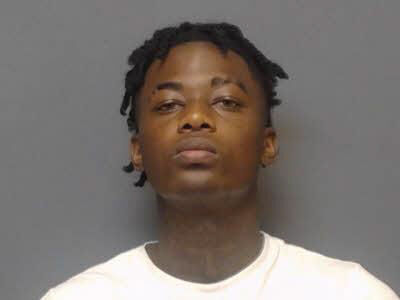 Three young men have been arrested in a drive-by shooting on Mercury Drive in Dothan on Wednesday night. One of those men is also charged in a shooting on Grant Street that injured a 3-year-old.

Dothan Police Chief Will Benny said the men were apprehended following two drive-by shootings in close proximity – the first was on Marquis Drive. No one was injured.

Officers patrolling the area who heard the gunshots chased the car the suspects were driving and arrested 18-year-olds Jaylen Ney’shaun Aristidle of Dothan, Dionandre Mackell Culver of Midland City, and Tyquan Jamil Ford of Dothan in relation to the Mercury Drive shooting after a brief car chase during which time one of the passengers fled the vehicle.

Benny said investigators are looking into a possible connection between the two shootings.

“We have not put that together yet,” Benny said. “We have evidence that suggests that, but we will be working to flesh that out.”

Two of the suspects, Aristidle and Culver, were also linked to the Oct. 8 drive-by shooting on Alexander Drive that wounded a 12-year-old boy.

Aristidle and Culver each face one count of shooting into an occupied building, two counts of first-degree attempted assault, and first-degree assault.

Later on Wednesday, investigators were able to obtain probable cause to charge Aristidle in the Grant Street drive-by shooting that sent three individuals to the hospital. One of the victims was a 3-year-old boy who was playing in the yard.

As a result, Aristidle faces additional charges of three counts of first-degree assault and shooting into an occupied building.

All three suspects are currently being held without bond.

Investigators are not ready to release a motive in the crimes.

“What I want to stress is, these police officers are out here putting their lives on the line taking these shooters off the street, and now it’s incumbent on the DA’s office and the judges to make sure that these people stay in prison and off the street,” Benny said during a press conference Thursday morning.

Benny also reiterated a sentiment from two days prior when addressing gun violence: “I said this before — the police department is ineffective if they don’t have the support of the community and information.”

He said his department wants to change the “anti-snitching mantra” of communities where people are being shot at and killed.

“It’s not snitching if you’re protecting the children of your neighborhood from getting shot,” he said.

Benny said DPD is working on implementing several strategies to get illegal guns off the street and proactively police areas in which acts of gun violence have become a commonplace occurrence in the last couple of months.

One arrest made in Pansey homicide

A woman faces capital murder charges as part of the homicide investigation stemming from a shooting in Pansey.

The Houston County Sheriff’s Office is investigating a shooting in Pansey as a homicide.

A Dothan woman is being held without bond after using her car to strike multiple parked police cars and attacking a corrections officer.

A Dothan man has been sentenced to more than 15 years in federal prison for gun and drug crimes, according to acting U.S. Attorney Sandra J. Stewart.

Dothan Police Chief Will Benny talks to members of the media on Thursday morning concerning the arrest of three suspects in a drive-by shooting overnight.