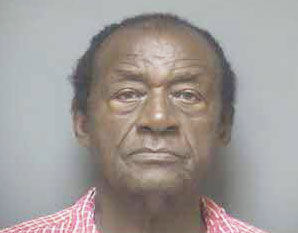 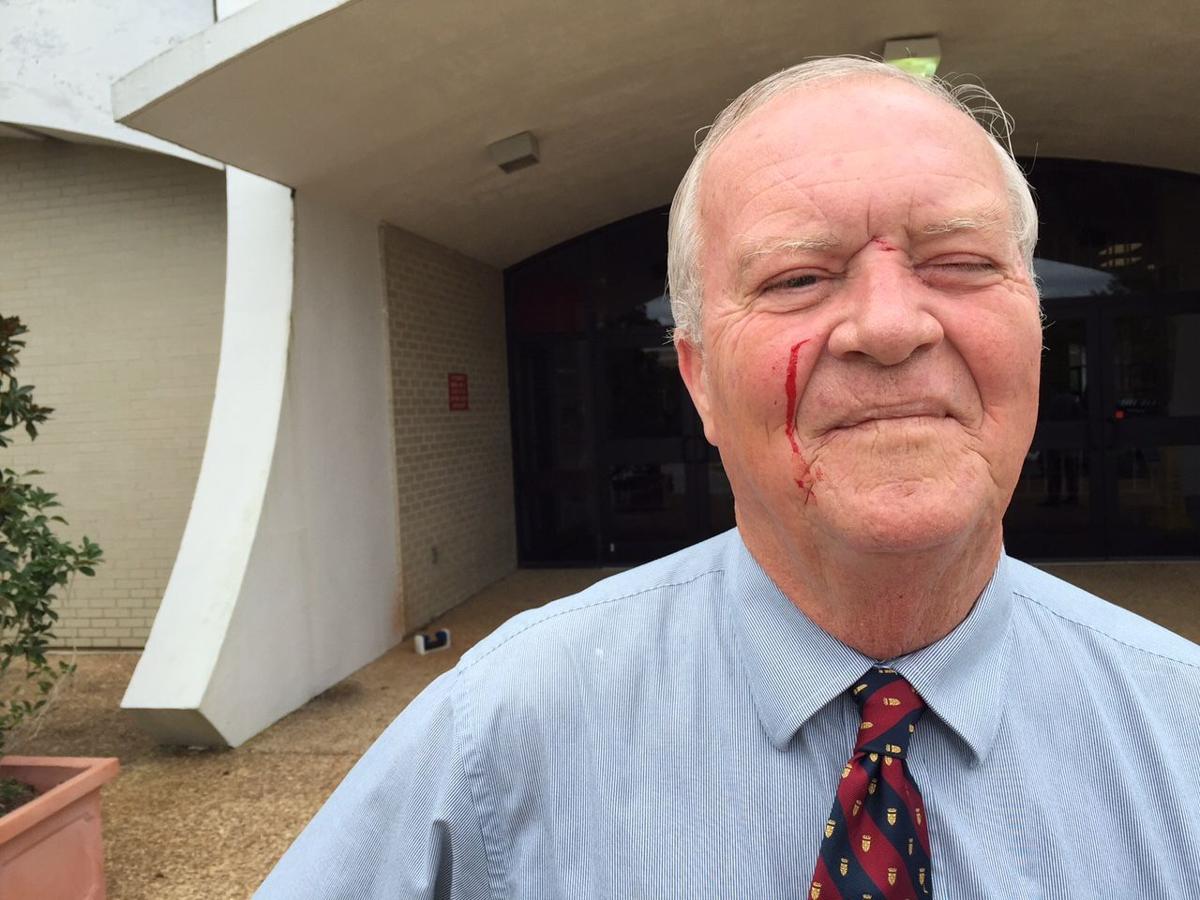 Dothan District 2 Commissioner Amos Newsome was arrested Tuesday afternoon and charged with third-degree assault following an incident which resulted in Newsome striking a television reporter twice with an open hand.

Newsome, 82, was taken into custody Tuesday afternoon at a residence on East Burdeshaw Street and transported to the Dothan City Jail for booking. He was released from jail Tuesday night on a signature bond.

Newsome struck WTVY reporter Ken Curtis in the face following Tuesday’s Dothan City Commission meeting as Newsome was leaving to get in his van.

Video shot by another WTVY reporter showed Curtis approaching Newsome to ask him about voter fraud allegations connected to his 2013 election. When Curtis asked Newsome if he planned to resign, Newsome struck him with an open hand, causing Curtis to bleed on his right cheek.

Third degree assault is a Class A misdemeanor.

“WTVY is extremely disappointed and horrified by the actions of Dothan City Commissioner Amos Newsome for his unwarranted physical attack on one of our employees. We understand that holding political office can be stressful, but that never warrants unwanted physical contact, let alone an open, public assault. Our employee was attacked in the course of doing their job, which they are entitled to do without the fear of physical violence. Freedom of the press is a guaranteed right, one that should allow us to do our jobs in a safe, non-threatening environment. WTVY intends to press charges against Commissioner Newsome, to ensure that no one else will be attacked in the course of doing their job. We’re grateful for the relationship that we continue to have with the Dothan City Commission and our elected officials.”

Security camera footage from outside the Dothan Civic Center shows Newsome exiting the Civic Center at the north door. Curtis and WTVY reporters Madeleine Hackett and Sarah Chaffee approached Newsome at the bottom of the steps. Curtis then began asking Newsome questions about the voter fraud allegations.

Newsome appears to move Curtis away with his right arm initially. Curtis continued to pursue Newsome toward his vehicle and Newsome again appeared to extend his arm to push Curtis away, making contact with Curtis’ face. Curtis then approached Newsome again with microphone in hand as Newsome got to his vehicle. That’s when Newsome struck Curtis with his open hand in a clawing fashion. Curtis had a scratch mark and was bleeding from his right cheek and appeared to have an abrasion between his eyes.

Curtis was treated at the scene.

Curtis filed an affidavit and signed the warrant Tuesday afternoon. He said he did not believe he did anything wrong.

“I don’t think so,” Curtis said. “I’m just sorry Mr. Newsome felt it was necessary to do that. I’m sure it has been a very stressful time for him. But, this is not about me. This is about freedom of the press. This is for the right we have to ask questions that the public has a right to know about.”

Dothan resident Larry Donnell Johnson said he witnessed the incident and attempted to move Newsome away from Curtis.

Curtis has followed Newsome to his car on more than one occasion after recent city commission meetings to ask him if he plans to step down as a commissioner. Though Newsome hasn’t been charged with a crime, three volunteers with Newsome's campaign have been convicted this year of voter fraud-related charges. Three of Newsome's fellow city commissioners have called for Newsome to step down. Newsome continues to attend meetings and has made no public comments about whether he plans to resign or not.

According to Alabama law, a person commits third-degree assault if:

A Class A misdemeanor is punishable by up to a year of confinement and a fine of up to $6,000.

I don’t know what to say. At this point it is a police situation and they are going through that process. I am just sorry it happened.

Completely embarrassing and a black eye, literally, for the commission. I realize Halloween is coming up, but we can’t have commissioners pretending to be Amos Scissorhands. Mr. Curtis has a job to do and was asking legitimate questions that deserve to be answered.

First, I was glad Ken was OK. He was just doing his job. This is just more fuel for the fire that is burning around Amos. I would like for him to resign obviously. Frankly, it is an embarrassment to our city and an embarrassment to District 2. This is not what this city needs to be focused on at this time.

I’m disappointed anytime a commissioner or anyone else is involved in something like this. These types of actions become a distraction to city business as a whole. When someone’s actions make themselves a distraction, they need to consider removing themselves so the city can get on with its business.

See video of the incident posted to WTVY's Facebook Page by clicking here.

US panel weighs whether to OK Merck COVID-19 pill

US panel weighs whether to OK Merck COVID-19 pill

Gorillas at Prague Zoo given Christmas Trees to celebrate the season

Gorillas at Prague Zoo given Christmas Trees to celebrate the season

Olivia Reynolds gets two years in prison for election fraud

A Houston County judge sentenced 66-year-old Olivia Reynolds to serve a five-year split sentence, with two years to serve in prison, for her r…

Woman gets 180 days in jail for Dothan election fraud convictions

A Houston County judge ordered a 50-year-old Dothan woman to serve 180 days in the county jail for multiple counts of felony election fraud.