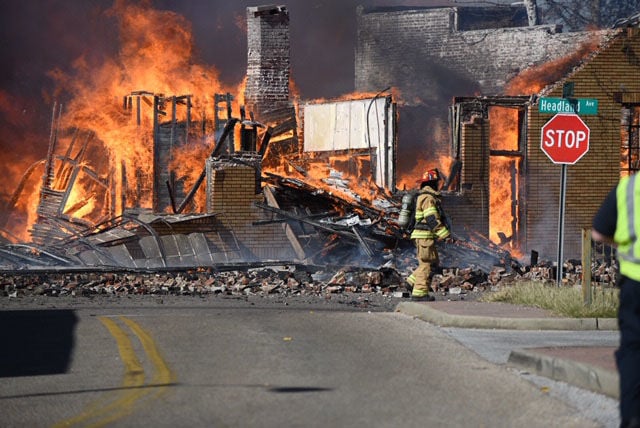 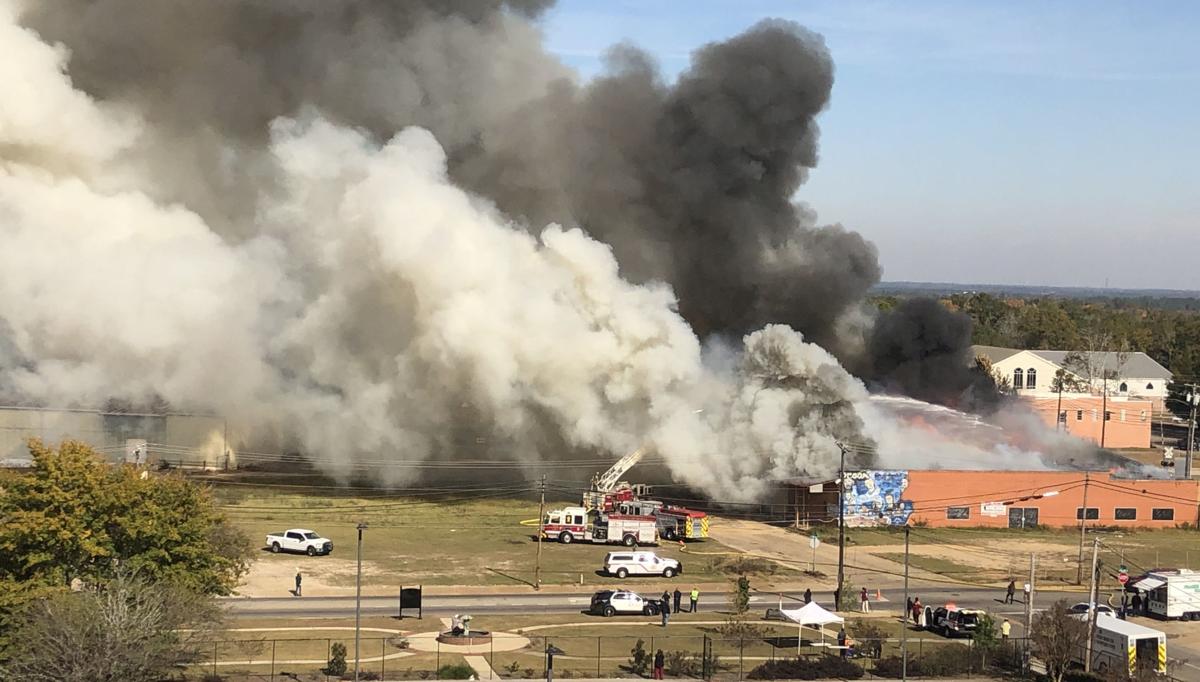 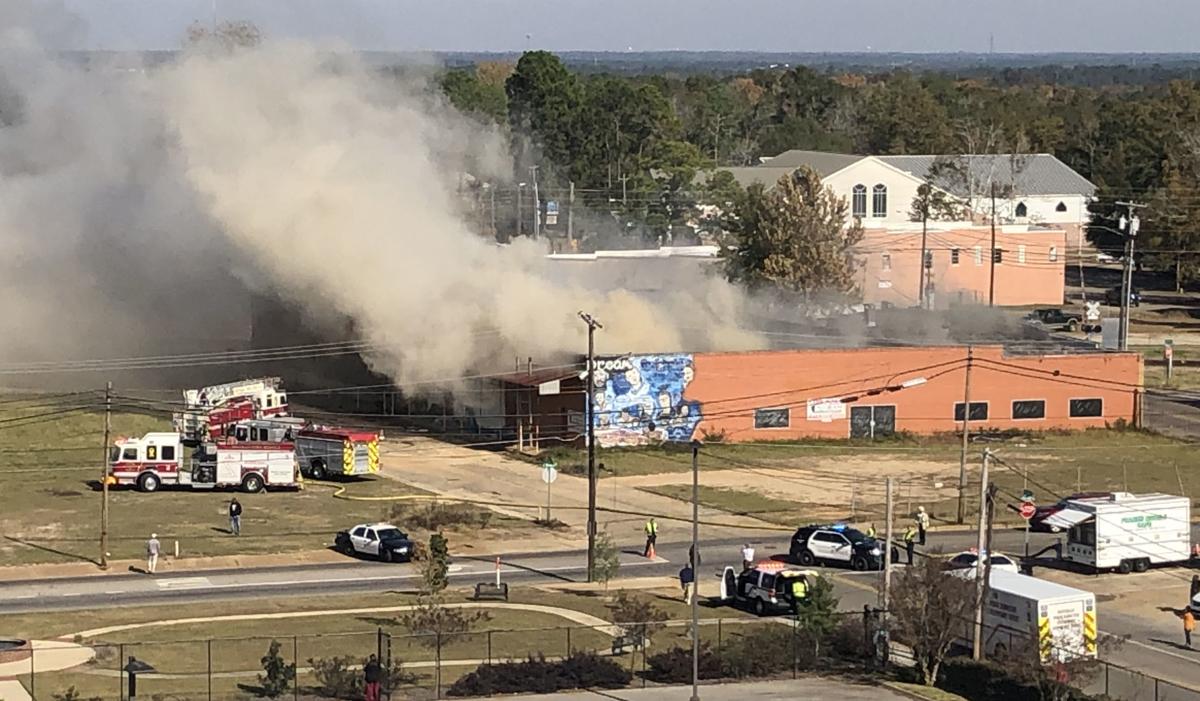 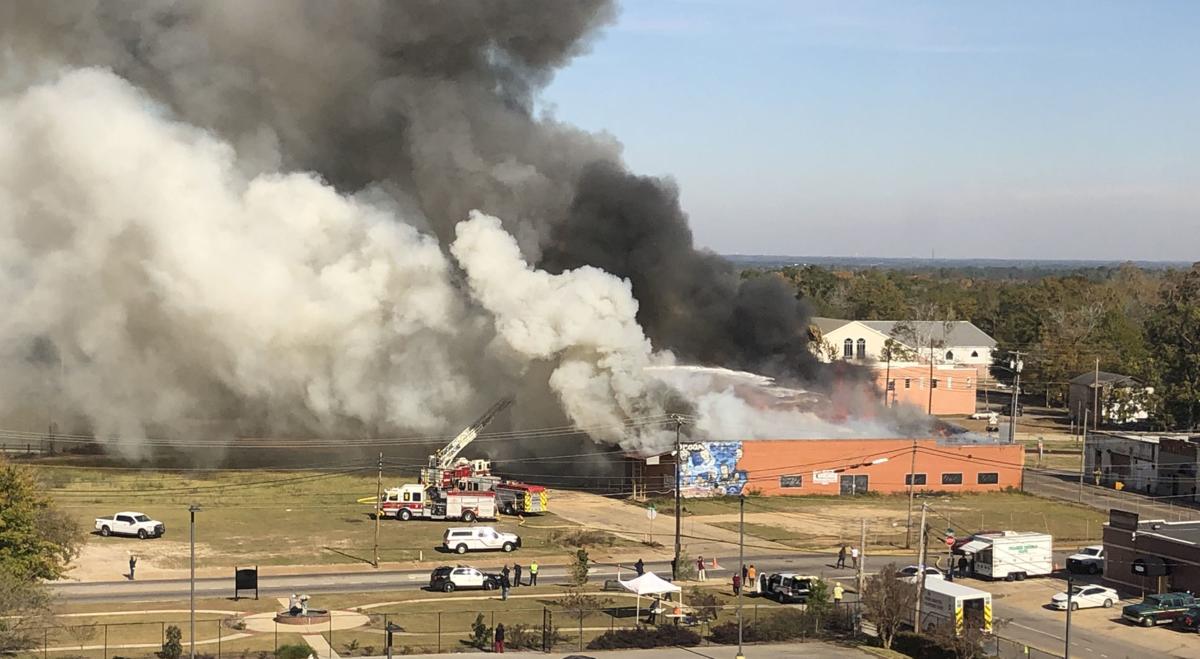 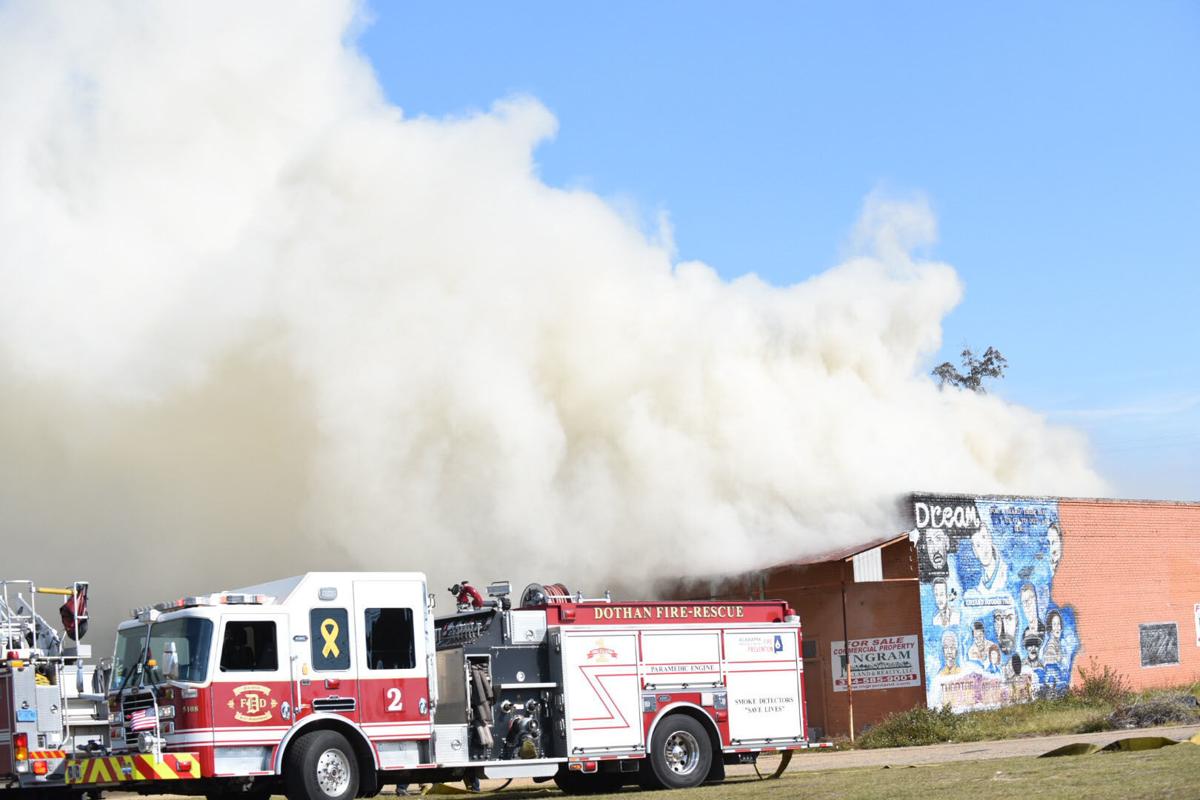 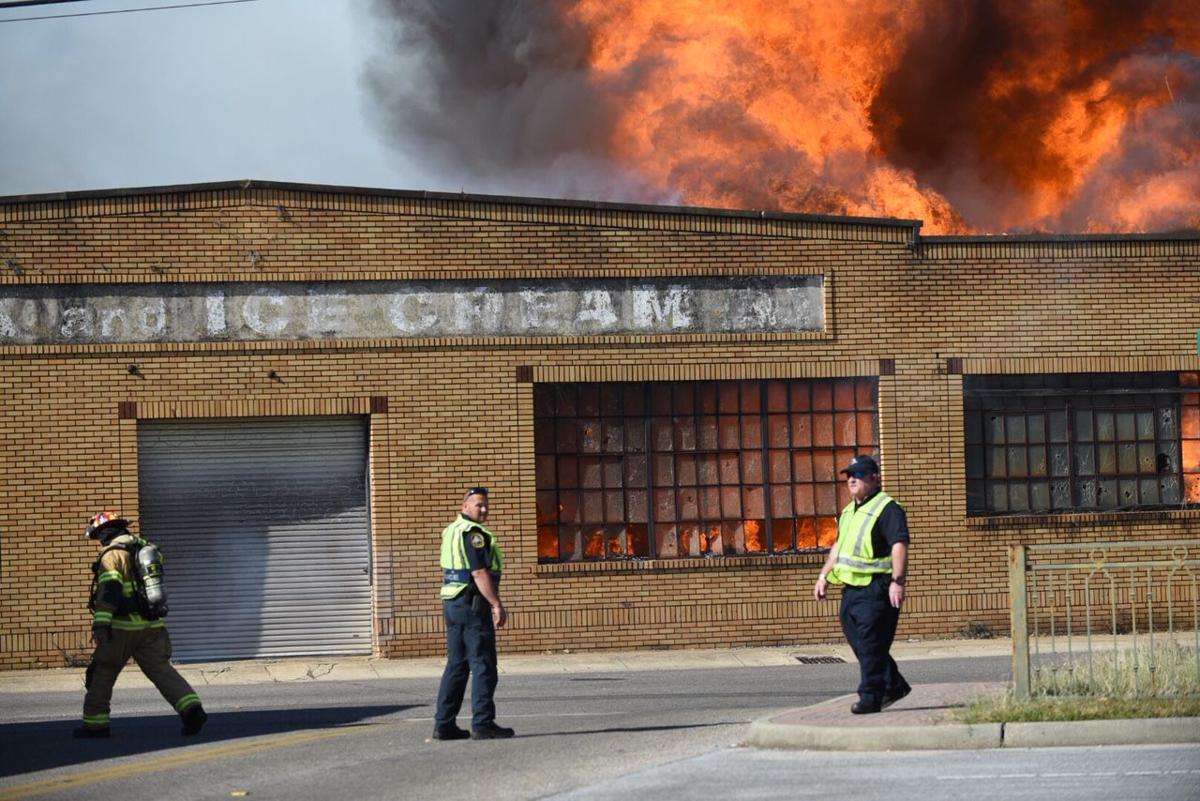 One of downtown Dothan’s landmark businesses, which has been vacant for nearly 30 years, was destroyed by fire Thursday morning that took multiple fire units and more than two dozen firefighters to get under control.

The fire, which was reported around 10:20 a.m. and engulfed the former Supreme Meadow Gold Ice Cream building at East Powell Street and Headland Avenue, is still under investigation, according to Dothan Fire Department Deputy Chief Chris Etheredge.

When fire units arrived at the scene, heavy smoke billowing from the building was visible throughout downtown. It was several minutes later when flames broke through the structure.

As firefighters prepared to battle the blaze, they were greeted by sounds of collapse, which deterred them from entering the structure.

“We are using a defensive firefighting method,” Etheredge said at the scene.

As firefighters arrived, they could hear noises associated with potential collapsing.

Once the blaze was controlled by midafternoon, investigators searched the site, which has recently been used as a shelter for some homeless people. The search revealed no signs that anyone was inside when the fire erupted, Etheredge said.

Supreme Meadow Gold Ice Cream was founded by J.W. Parkman in the early 1900s, and served Dothan and the surrounding area, later expanding its milk and ice cream sales to several other states.

The building has been vacant since the plant closed in the 1980s, and it was recently purchased by the Dothan Downtown Redevelopment Authority for $55,000.

Attorney Jim Parkman, the founder’s grandson, said the plant was originally located several blocks away at the site of what is now The Plant entertainment venue on North St. Andrews and Burdeshaw streets. Over time the business grew and relocated to East Powell Street.

“I sure do hate to hear the building burned,” he said. “I have fond memories of the business, and going to see my dad.

“That was the best ice cream. I can remember they used to have an old-fashion ice cream fountain there, and I would enjoy that so much.

Thursday’s fire is not far from the site of another fire that occurred five years ago. On July 13, 2014, the Saints Apartments building at Powell and North Foster Street was gutted by fire. The Saints Apartments property had been the subject of contention between city officials who wanted to demolish it and a developer who wanted to rehabilitate the building. The remains of the apartments were eventually torn down.

Today, the site is a green space and Peggi James Park.