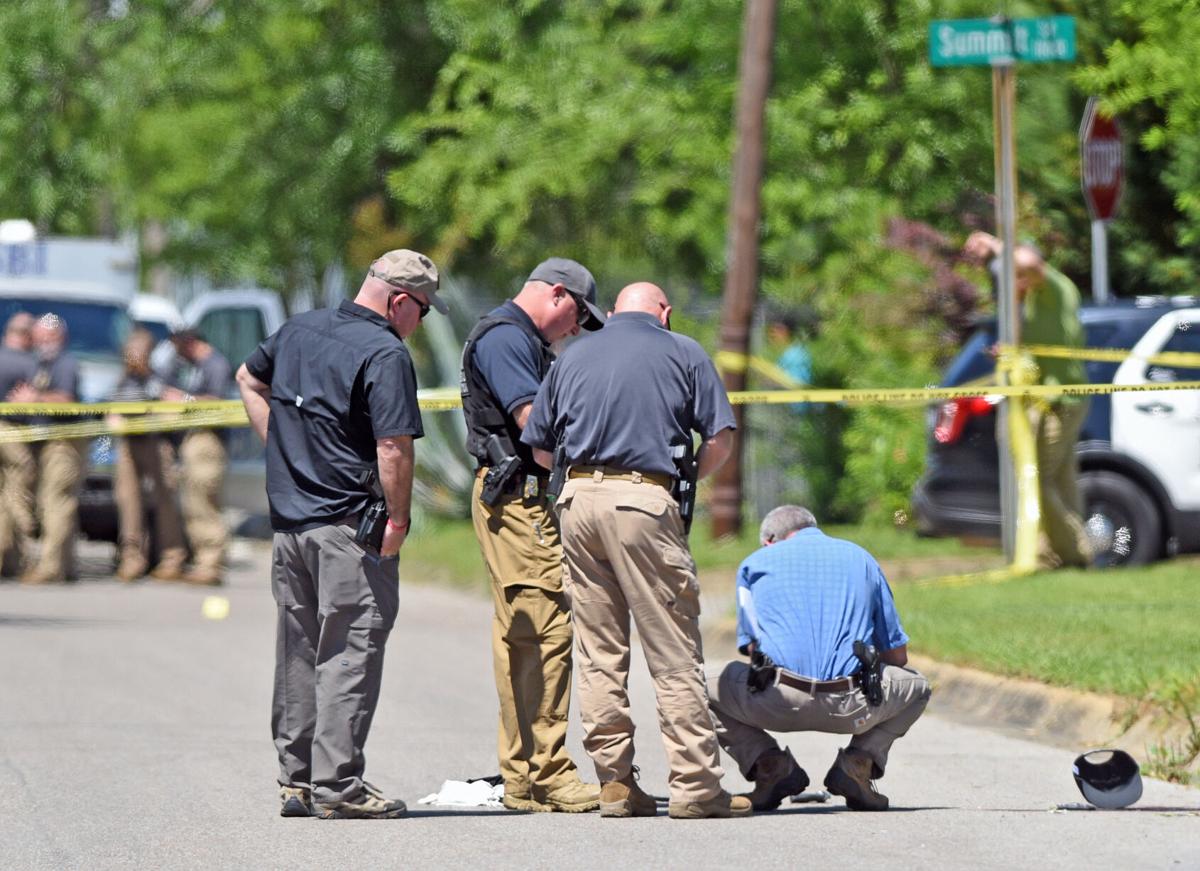 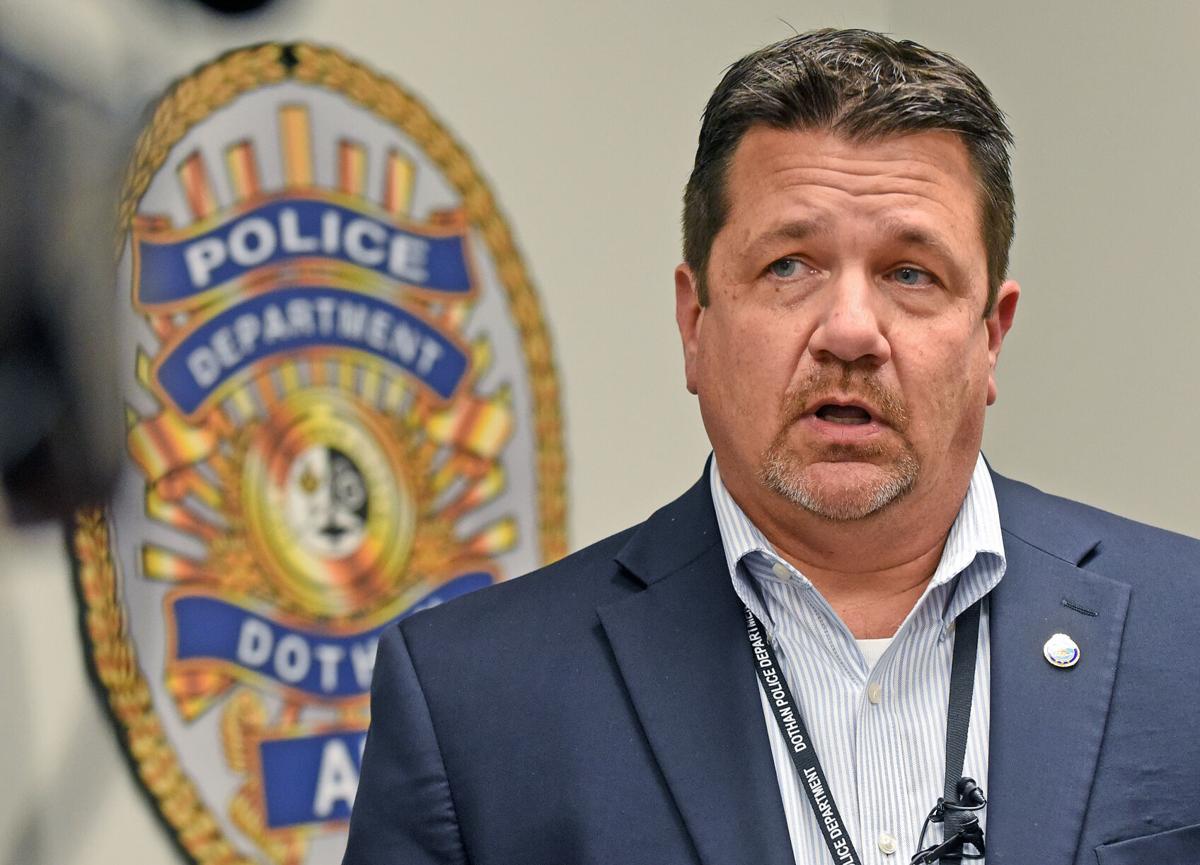 Dothan Police Chief Will Benny talks during a press conference concerning a police-involved shooting that occurred near Third Avenue Monday. 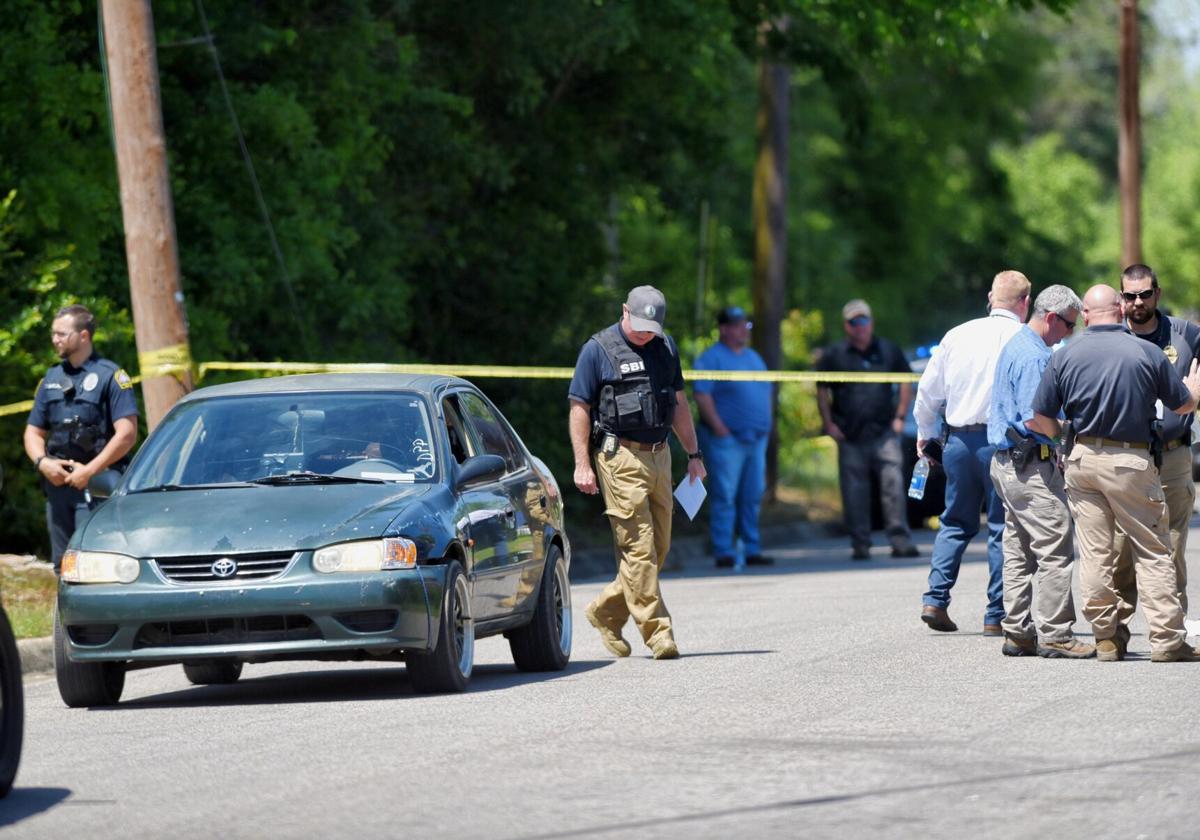 Dothan Police Chief Will Benny said an officer, who he did not identify during a press conference, was conducting a traffic stop because a car did not have a license plate displayed.

“The officer stopped the car, and had a brief conversation with the driver and the officer noticed that there was a gun in the vehicle,” Benny said.

The driver left the scene of the traffic stop before being released by the officer. The officer then followed him a short distance until the driver stopped his vehicle at the corner of Third Avenue and Trim Street. According to Benny, the driver exited the car armed with a handgun.

“Officers attempted to use a Taser to incapacitate the suspect. The suspect began firing at an officer and struck him in the left leg,” Benny said. “The officer and his backup fired at the suspect, ending the confrontation.”

The injured officer underwent surgery at a local hospital and was doing well surrounded by family, Benny said. The suspect, who had not been identified as of Monday evening, was pronounced dead at the hospital.

The State Bureau of Investigation is investigating the incident, which is standard procedure for officer-involved shootings. All evidence, including video from the officer’s body camera and patrol car camera, will be turned over to the SBI to review.

“I feel confident in our actions and our response,” Benny said.

Benny said he was not aware of any additional suspects involved in the incident.

Social or financial issues within a student’s family can create obstacles to getting a good education.

Two members of health care authority that governs Southeast Health were not reappointed during Tuesday’s meeting of the Houston County Commission.

Dothan Police Chief Will Benny talks during a press conference concerning a police-involved shooting that occurred near Third Avenue Monday.