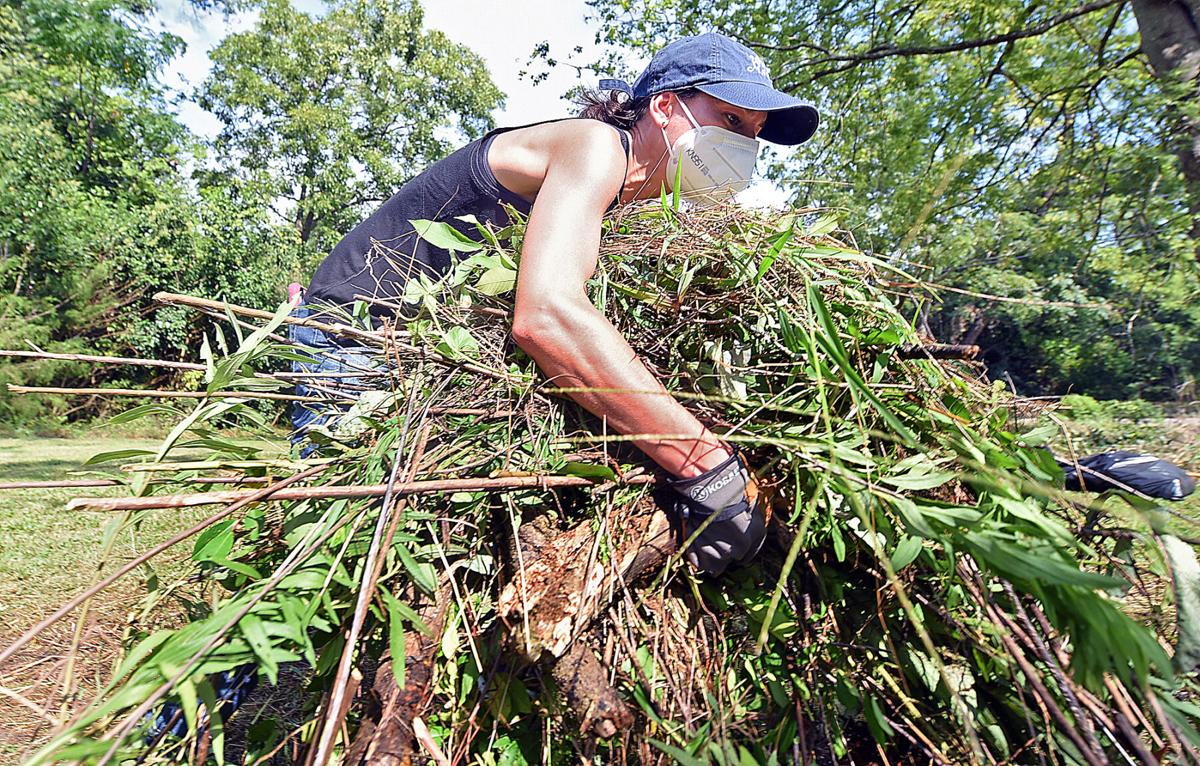 Katherine Troutman picks up a pile of limbs while clearing a vacant lot for the Love Your Neighborhood work project in August. 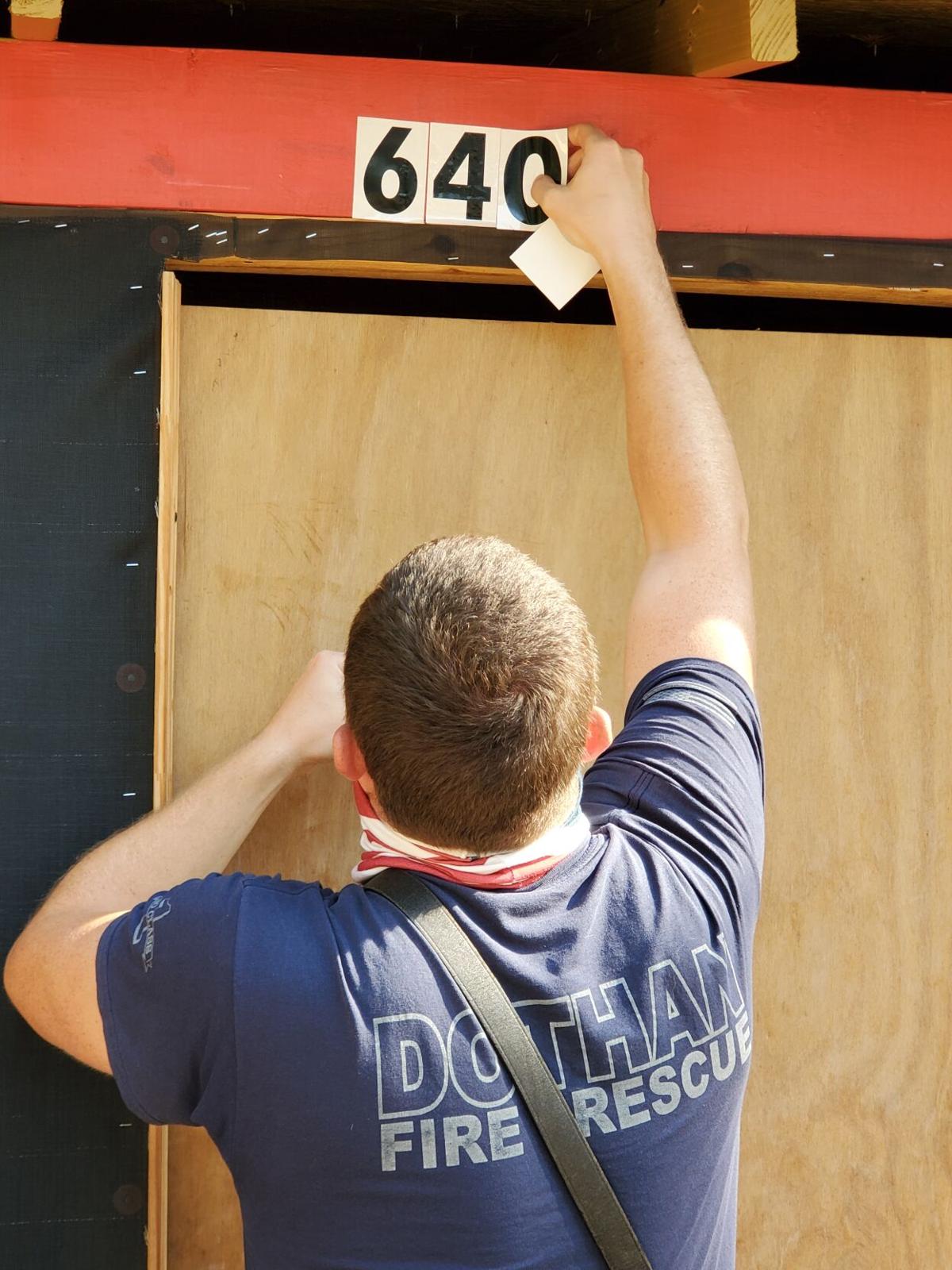 A Dothan Fire and Rescue worker puts up an E-911 address number on a resident's home in the Baptist Bottom neighborhood. 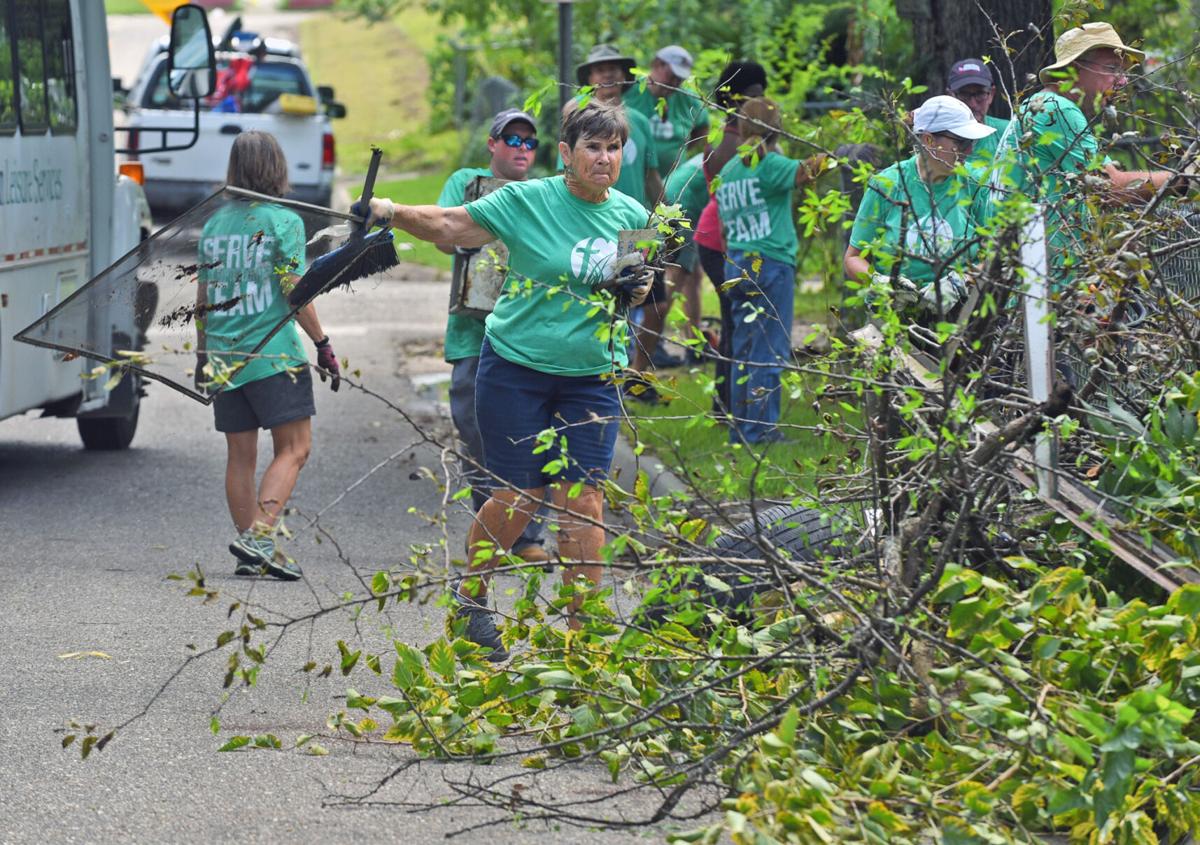 Volunteers from First Baptist Church of Dothan clean debris from a yard in the Baptist Bottom neighborhood during the Love Your Neighborhood work project on Saturday morning. 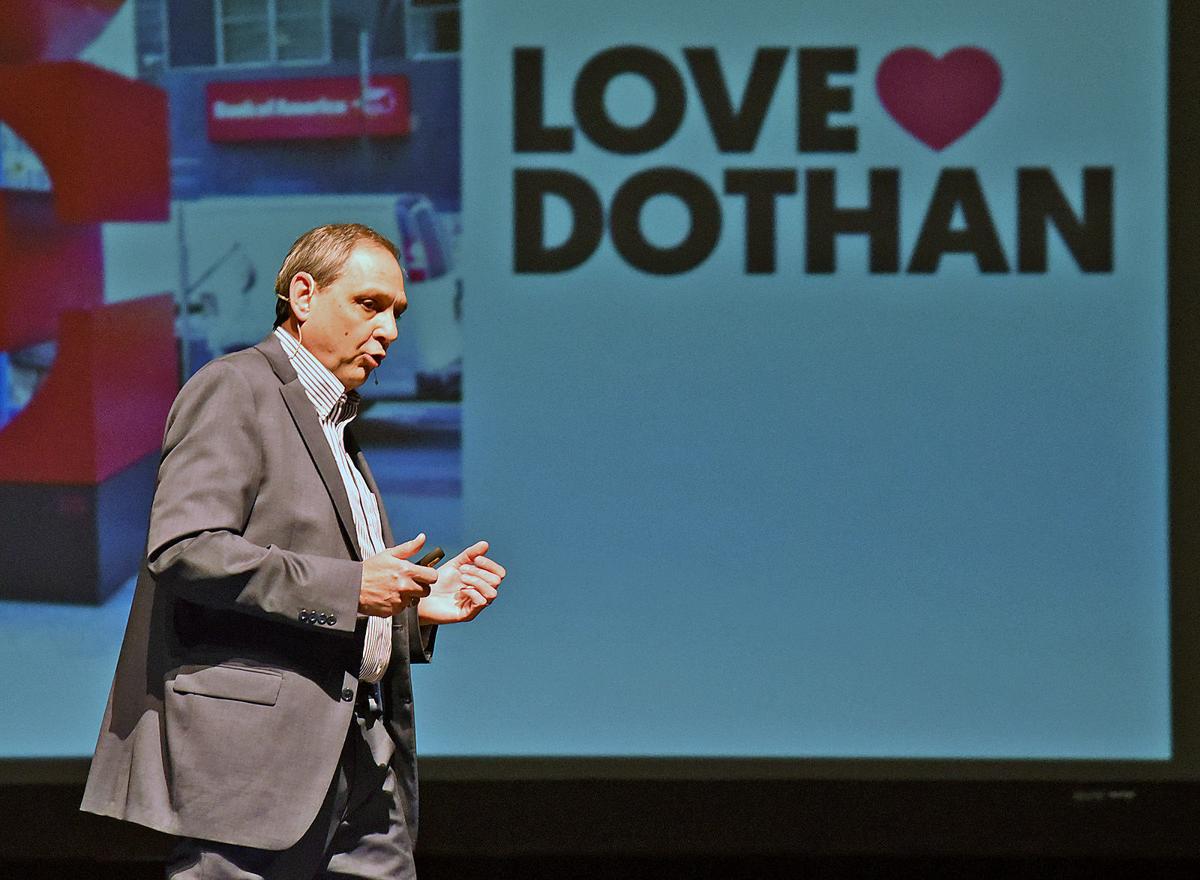 Editor's Note: This story was originally published in the Dothan Eagle's 2020 Progress edition in October.

The city of Dothan wants its residents to love their neighbors and is encouraging that attitude by getting city workers, volunteers and homeowners involved in tidying up local neighborhoods.

The “Love Dothan” campaign unveiled in January of this year is not just a clever marketing strategy, it’s a desire to change people’s perception of the city in which they work and live – that is the motivation behind the “Love your Neighborhood” initiative.

In its first city-organized neighborhood, leaders chose the historic Baptist Bottom neighborhood located behind First Baptist Church in Dothan’s downtown area. City workers evaluated publicly-owned infrastructure, like the roads, parks, streetlights, and anything else in need of repair or updating.

“We understand that if we expect the neighborhood to keep their homes clean, keep their yard clean, take pride in their neighborhood, we have to also take pride in the infrastructure that we have, whether that is a park facility or something as simple as making sure sidewalks are maintained and in good condition,” Dothan City Manager Kevin Cowper previously told the Eagle.

In August, planning and preparation culminated in a cleanup day in which about 150 volunteers showed up to help homeowners haul trash to the street, trim bushes and cut tree limbs, mow their lawns, and make small repairs where needed.

Part of the guiding purpose behind the project was to help residents in low-income neighborhoods connect with service organizations and resources while also helping keep them safer by helping keep streets lit, filling potholes, installing smoke alarms, and clearly displaying E-911 addresses so they can be easily identified by emergency services personnel.

“Everything we heard was positive, many people were very appreciative of the not only the city, but of the organizations taking some pride in their neighborhood and wanting to help clean it up. There were a lot of neighbors cleaning up their own houses and yards,” Morris said.

Kody Kirchhoff, executive director of the Harbour in Dothan, also lauded the city’s efforts for helping the residents in that neighborhood. He said many residents in older Dothan neighborhoods are considered to be in a near-homeless lifestyle, living paycheck-to-paycheck.

“When you get sick or miss a paycheck, they’re out on the street,” he told the Eagle. “Dothan just has a very large extreme poverty population and at some point, when circumstances happen, those living near homeless will become homeless.”

During a city commission meeting, Kirchhoff said it’s wonderful to live in a city that is supportive of the Harbour’s and the Southeast Alabama Coalition for the Homeless’ initiative to end unwanted homeless in the area and is appreciate of the “Love Dothan” projects that assist them in that goal.

“We believe it made it a safer neighborhood,” Morris said. “It made it to where if someone does have a reason for emergency services to come, they have an e-911 address to display and that will help emergency services respond quicker... having well-lit streets, they can see them better… I think the neighborhood in general looks better with it being more manicured.”

Since cleanup day, First Baptist Church of Dothan organized another cleanup day several weeks later to further help residents clean up their properties. Also, Dothan Leisure Services cleaned up the playground, tennis and basketball courts at Kinney Park on Chickasaw Street behind the Hawk-Houston Boy’s Club to make it more suitable for children and their families. They also installed a plaque honoring the little-known namesake of the park.

Morris said decisions are still being made on some homes that likely need to be condemned and demolished, but noted it was a long process. He said his team has identified the homes and contacted the property owners to get them taken care of.

The project was deemed successful, in terms of citizen feedback and number of homeowners directly impacted by the help. Morris said around 35 homeowners received help on cleanup day.

The city hopes to replicate that success several times over. After initially committing to one cleanup project a year, Morris said they would like to do three or four a year.

Dothan’s Harmondale, or Lakeview, neighborhood has been selected as the next target to tidy up and leaders are hoping for more volunteer turnout to tackle the bigger acreage.

“We really want to help the neighborhoods that are really in need of a helping hand,” Morris said. “It’s a good program and we’ve had good success and we hope to have even better success this time around.”

Work has already started in the neighborhood on city-owned infrastructure and the cleanup day has been set for Saturday, Nov. 7 from 8 a.m. to noon.

Police are still investigating why a Dothan man broke into a Dusy Street home and threatened residents with a knife.

An extensive – and expensive – transformation will turn the century-old Moody Hospital building on North Alice Street into senior living apartments.

Dothan City Schools has joined a growing number of U.S. school systems fed up with a new social media challenge where students steal or damage…

Orders of monoclonal antibodies must go through state

Providers of monoclonal antibodies to treat COVID-19 are no longer able to order the drugs directly. Instead, all orders must go through the s…

James Fowler has managed to combine two things he enjoys – history and acting.

Local school systems have seen improvements in the number of students forced to isolate after a school-based exposure to COVID-19.

Outgoing Dothan commissioners expressed heartfelt, and at times, tearful goodbyes at their last city commission meeting followed by a receptio…

A senior at Dothan High School has been named a semifinalist in the 67th Annual National Merit Scholarship Program.

Katherine Troutman picks up a pile of limbs while clearing a vacant lot for the Love Your Neighborhood work project in August.

A Dothan Fire and Rescue worker puts up an E-911 address number on a resident's home in the Baptist Bottom neighborhood.

Volunteers from First Baptist Church of Dothan clean debris from a yard in the Baptist Bottom neighborhood during the Love Your Neighborhood work project on Saturday morning.