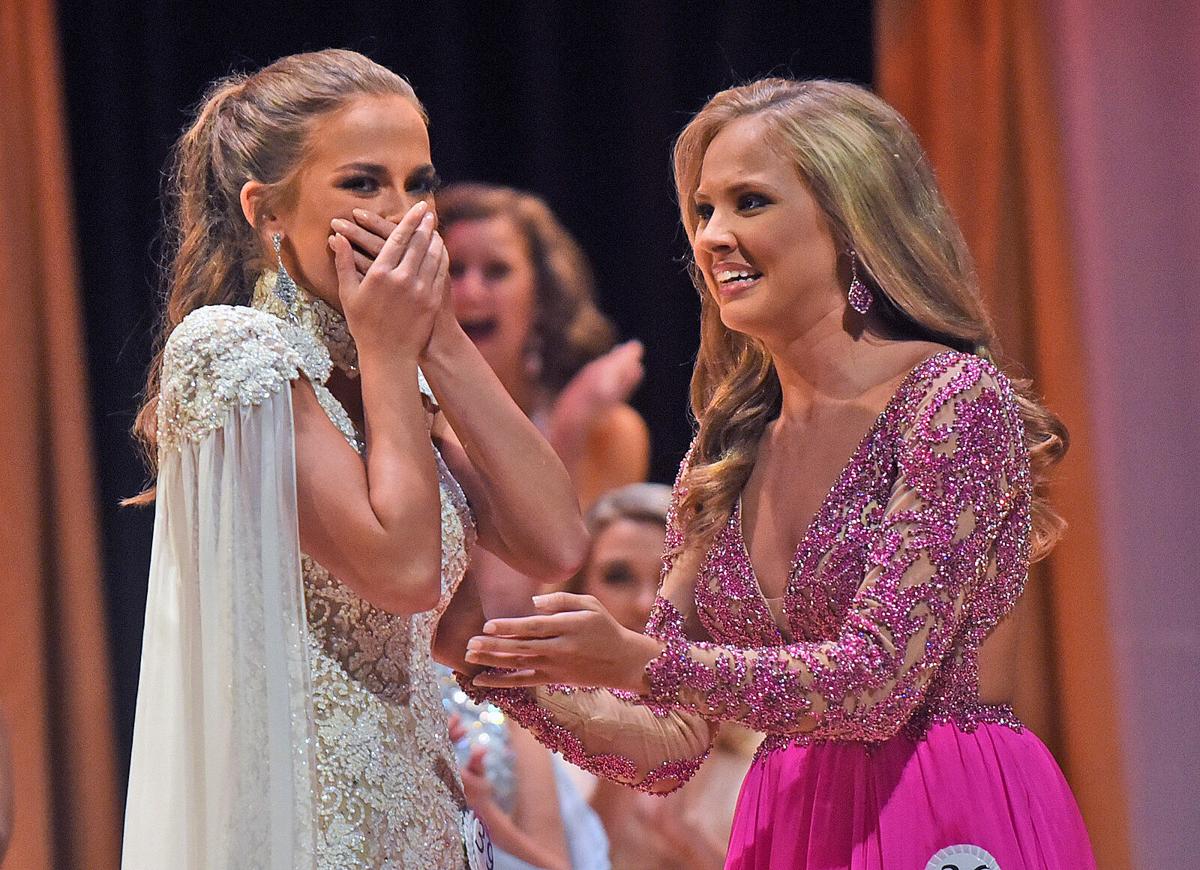 Miss Wicksburg, Lydia Paulson, waves to the crowd as she takes her first walk as Miss National Peanut Festival at the Dothan Civic Center.

Racers speed down the track during the National Peanut Festival Cubmobile Derby at the NPF Fairgrounds.

Cubmobile drivers raced and a new Miss Peanut was crowned on Saturday as the 2021 National Peanut Festival shifted into high gear.

The pageant featured contestants who would have competed for the 2020 crown but were unable to because the pageant and other activities surrounding the National Peanut Festival were not held last year due to COVID-19. Instead, the 2019-2020 queens served for two years.

There were 26 contestants this year although the pageant started with 43. Many of the contestants had to withdraw due to conflicts with college schedules.

The annual Cubmobile Derby was open to boys and girls ages 7-12 and had more than 70 competitors. The derby used to be held in downtown Dothan but was moved to the fairgrounds in 2018.

While the 2021 festival is moving ahead, there are some precautions that will be asked of fairgoers – although none of the precautions are mandatory.

“The NPF team needs every fairgoer to do their part and most of all, be respectful of others and do the right thing,” the peanut festival’s website states. “The current health situation makes for a challenging backdrop for the 77th fair. Of course, we would love for everyone to attend the fair this year and continue the great family traditions that make the event special to so many; however, we understand that some will be hesitant.”

Organizers are urging visitors to 77th National Peanut Festival to get fully vaccinated prior to attending, but there will be no vaccination requirement in order to attend the fair.

And if you can’t get vaccinated beforehand, the Houston County Public Health Department will be offering free vaccines at the fairgrounds on Saturday, Nov. 6, from noon to 4 p.m. and Wednesday, Nov. 10, from 4:30-8:30 p.m.

Masks won’t be mandated unless by government order but will be encouraged for visitors to the fair, especially for indoor spaces and crowded outdoor events held during the fair. Some independent vendor booths may even require masks for anyone in the booth, according to the peanut festival website.

Watch Now: What does Lake Mead’s drought mean for the West?

No major injuries after plane runs off Texas runway

No major injuries after plane runs off Texas runway

A woman faces two capital murder charges in the shooting death of a Dothan woman as police deal with a recent rash of gun violence.

A woman has been charged with two counts of capital murder in the fatal shooting of a Dothan woman during an argument Monday night, police sai…

ABBEVILLE—A two-vehicle crash in Henry County Sunday evening has claimed the life of a Montgomery man.

Social or financial issues within a student’s family can create obstacles to getting a good education.

Miss Wicksburg, Lydia Paulson, waves to the crowd as she takes her first walk as Miss National Peanut Festival at the Dothan Civic Center.

Racers speed down the track during the National Peanut Festival Cubmobile Derby at the NPF Fairgrounds.