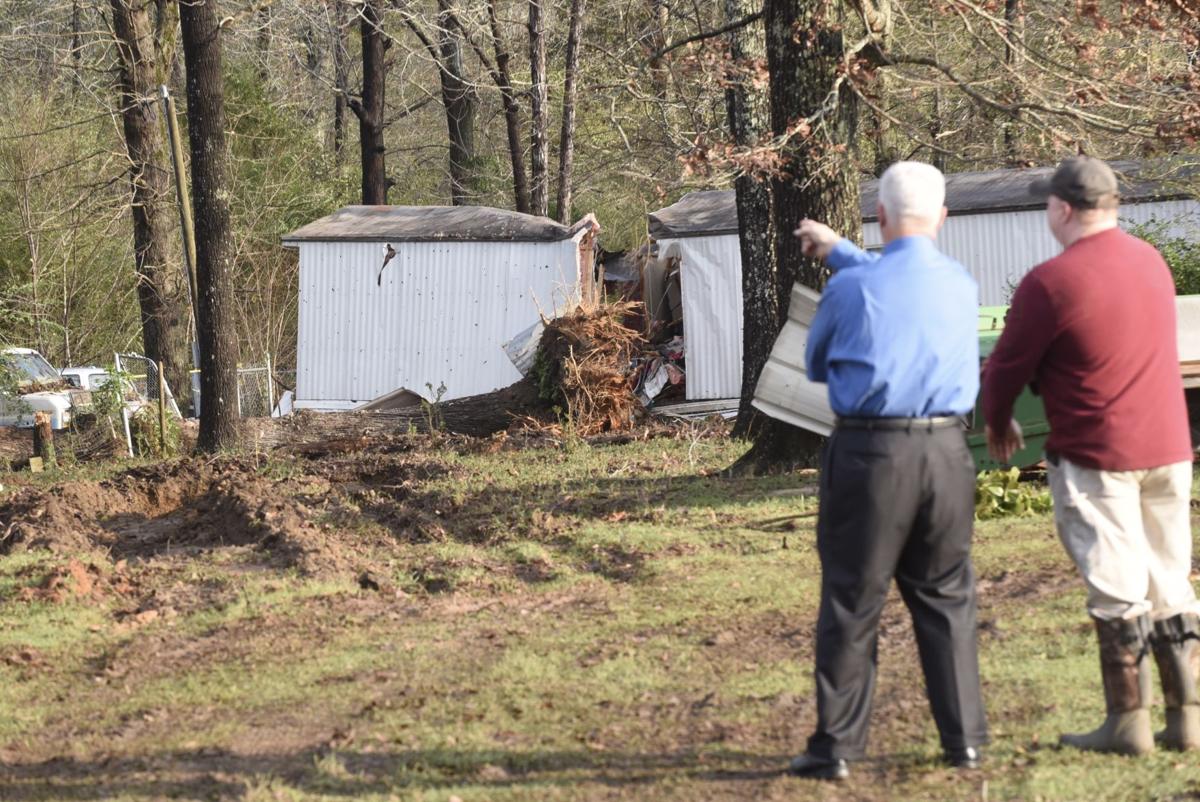 Probate Judge Patrick Davenport (left) and neighbor J.P. Kelley look over the scene of Monday's deadly tornado that claimed the lives of four people in Rehobeth. 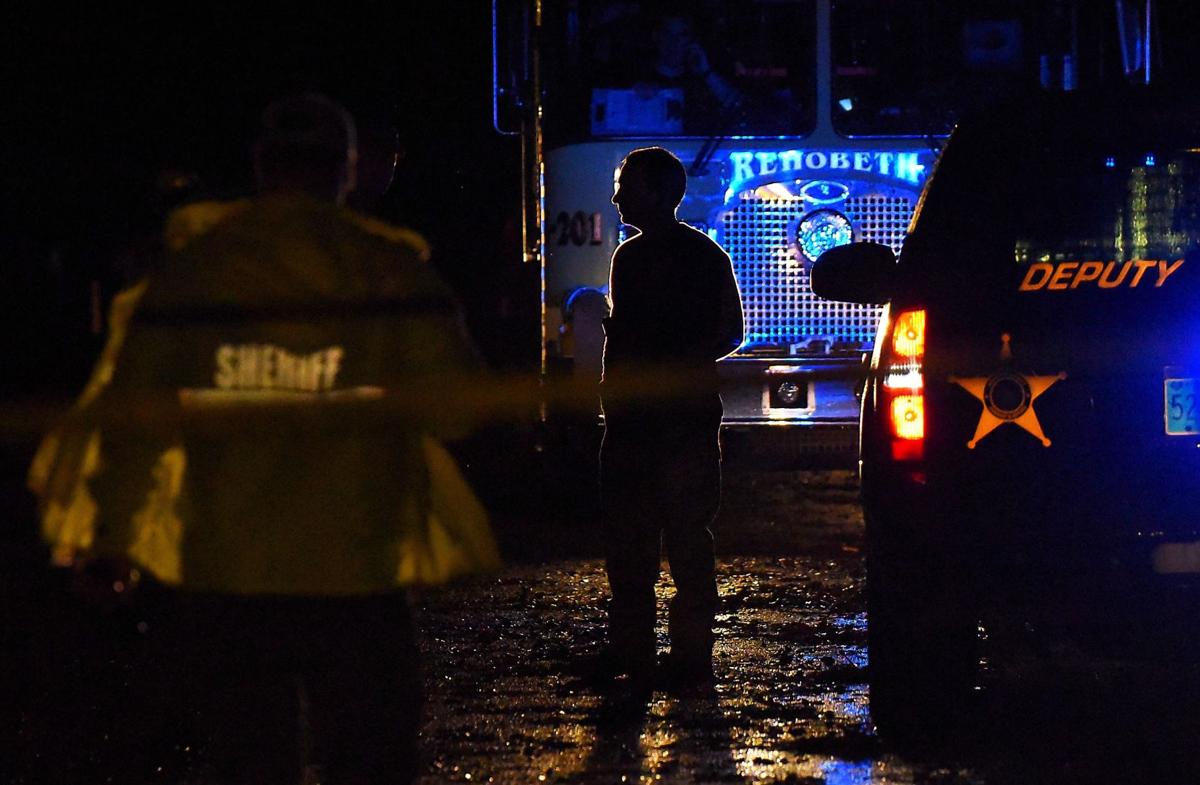 Four people were killed by a storm that tore through southern Houston County Monday night.

Houston County Coroner Robert Byrd said those killed include: Carla Lambert (no age given), Terina Brookshire, 51, Ramona Michelle Lewis, 53, and Amanda Blair, 27. Two of the victims were relatives and two were visiting at the time the storm hit.

The storm was part of a series of storms that rolled through the area on Monday around 8 p.m. More information concerning the storms is being developed, but Kris Ware, Houston County EMA public information officer, said Monday that a tornado had been confirmed to have touched down around Rehobeth near Highway 109.

Ware said the tornado had downed trees, blocked off roads and damaged property in the area. Ware encouraged residents to stay in their homes Monday night and assess damage to their homes in the morning.

Ware said flooding was likely, as storms dumped about three inches of rain on the area Sunday and more on Monday.

List of roads closed due to flooding in Houston, Geneva, Dale, and Henry counties

Heavy rain over the first few days of the new year has led to the closure of several roads in the Wiregrass.

Recovery efforts have begun in Rehobeth one day after a tornado killed four people and caused substantial damage to the small town outside of Dothan.

Probate Judge Patrick Davenport (left) and neighbor J.P. Kelley look over the scene of Monday's deadly tornado that claimed the lives of four people in Rehobeth.