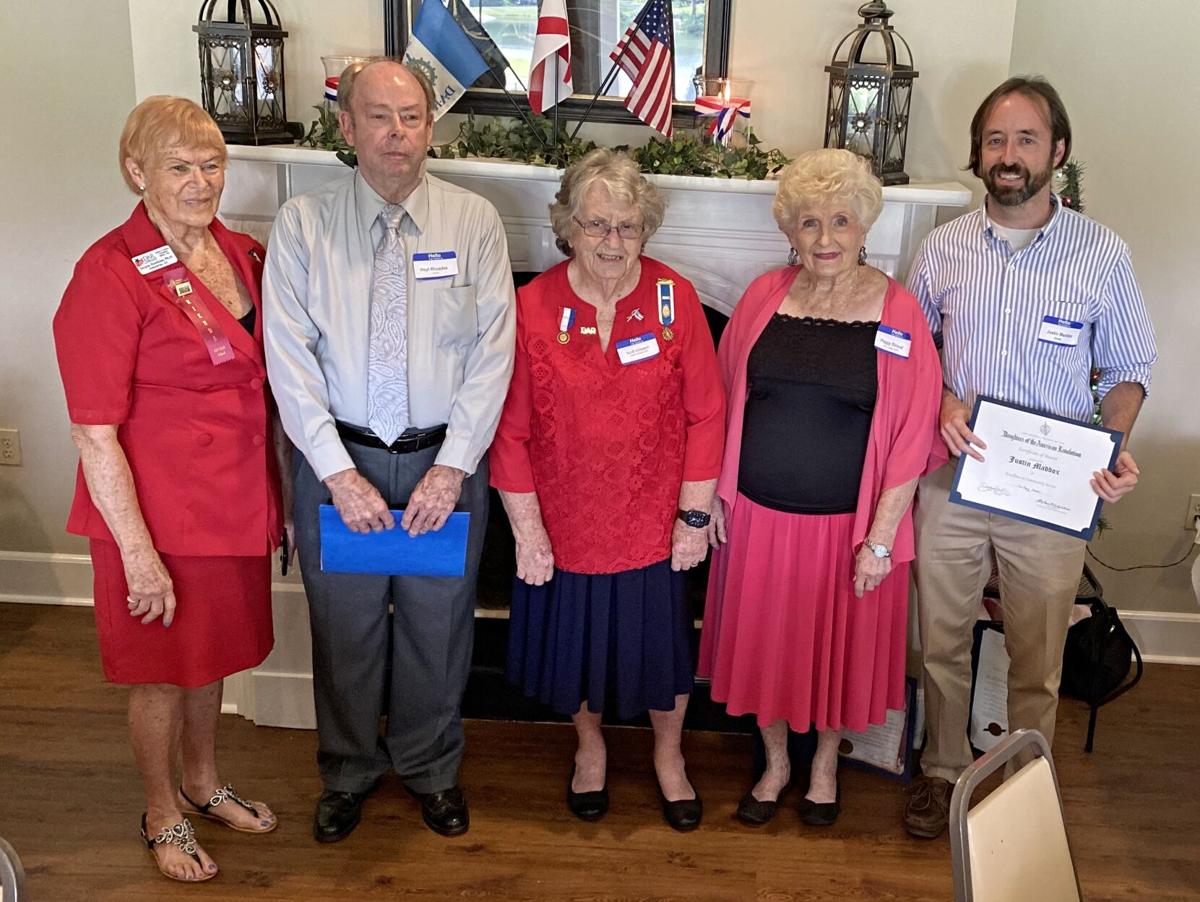 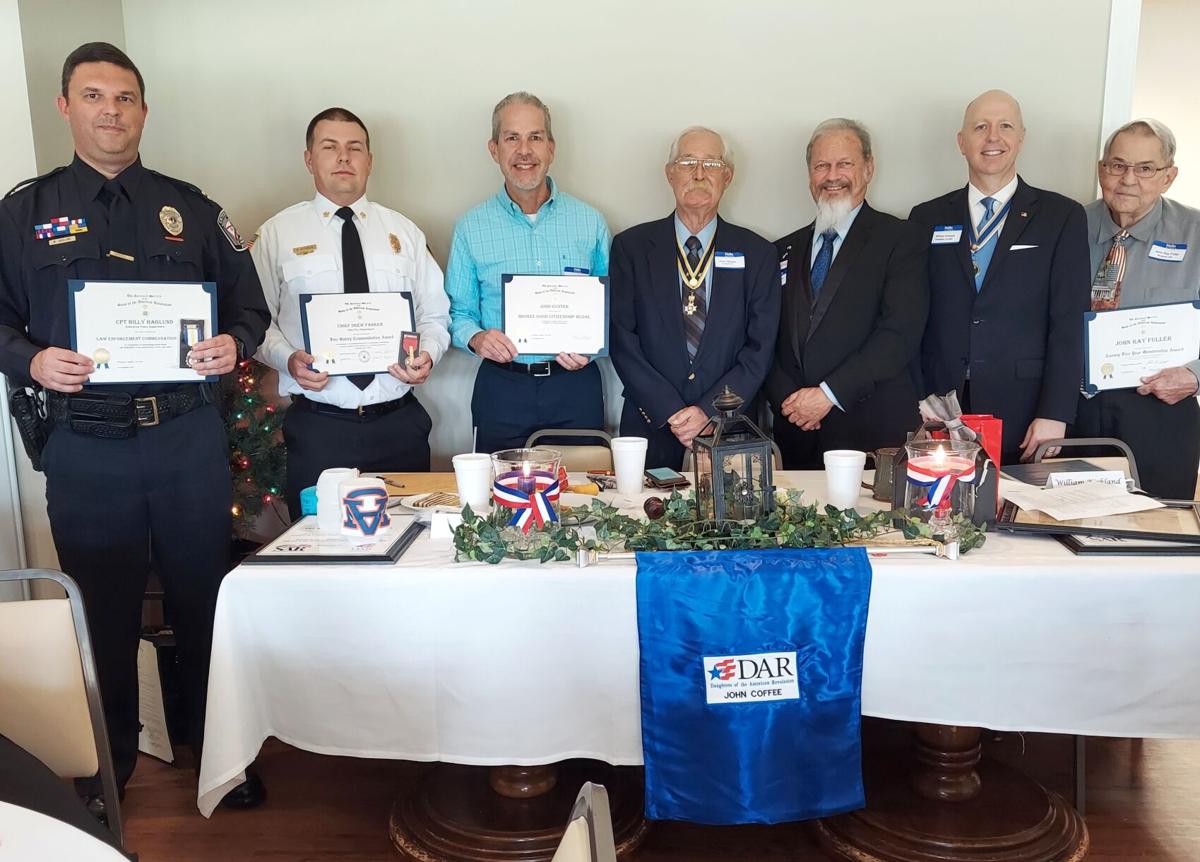 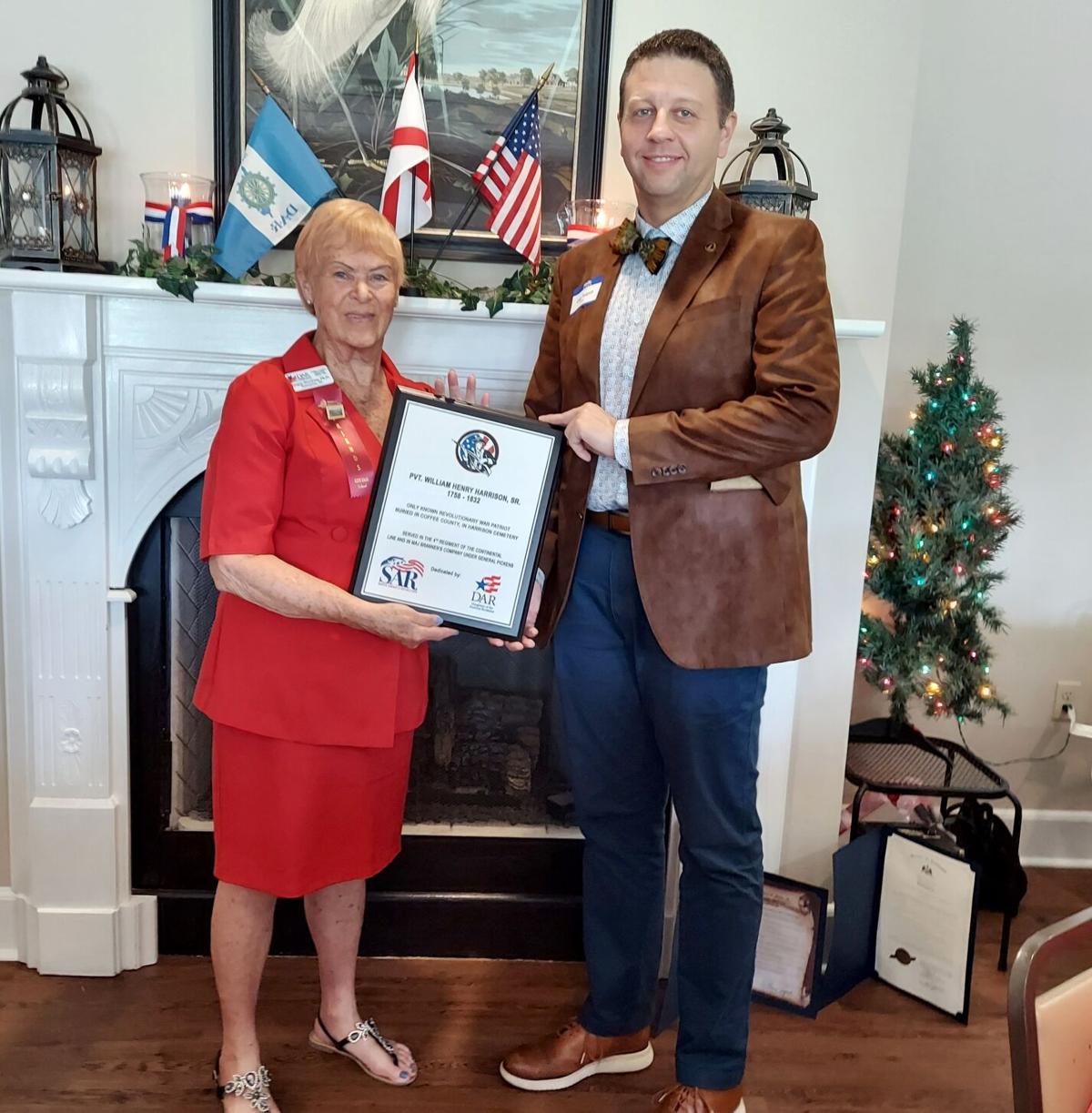 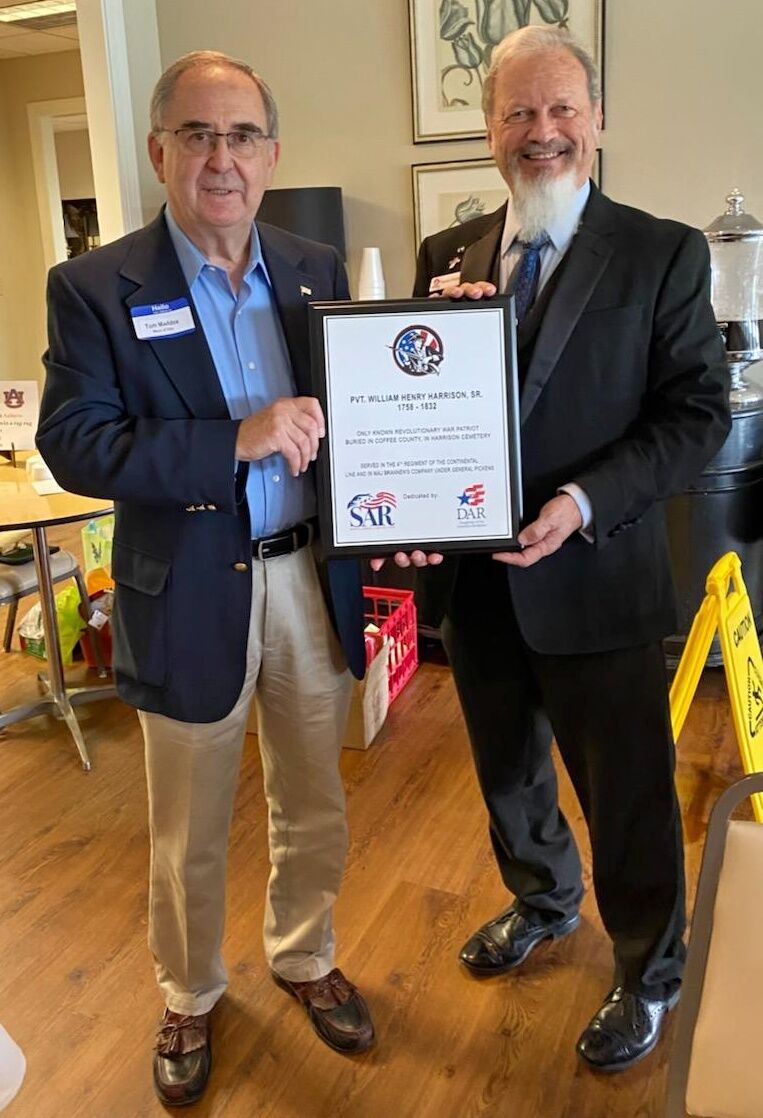 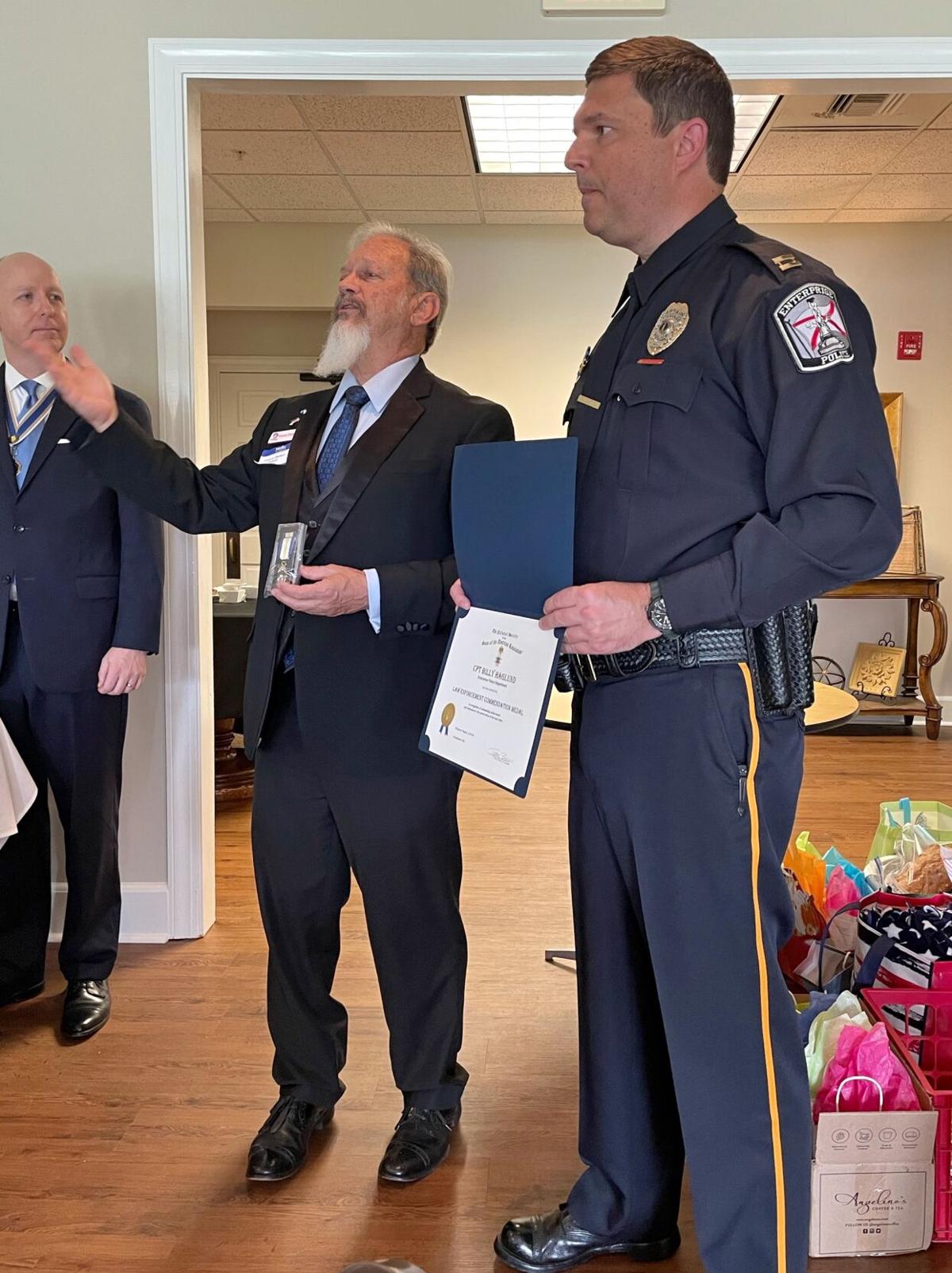 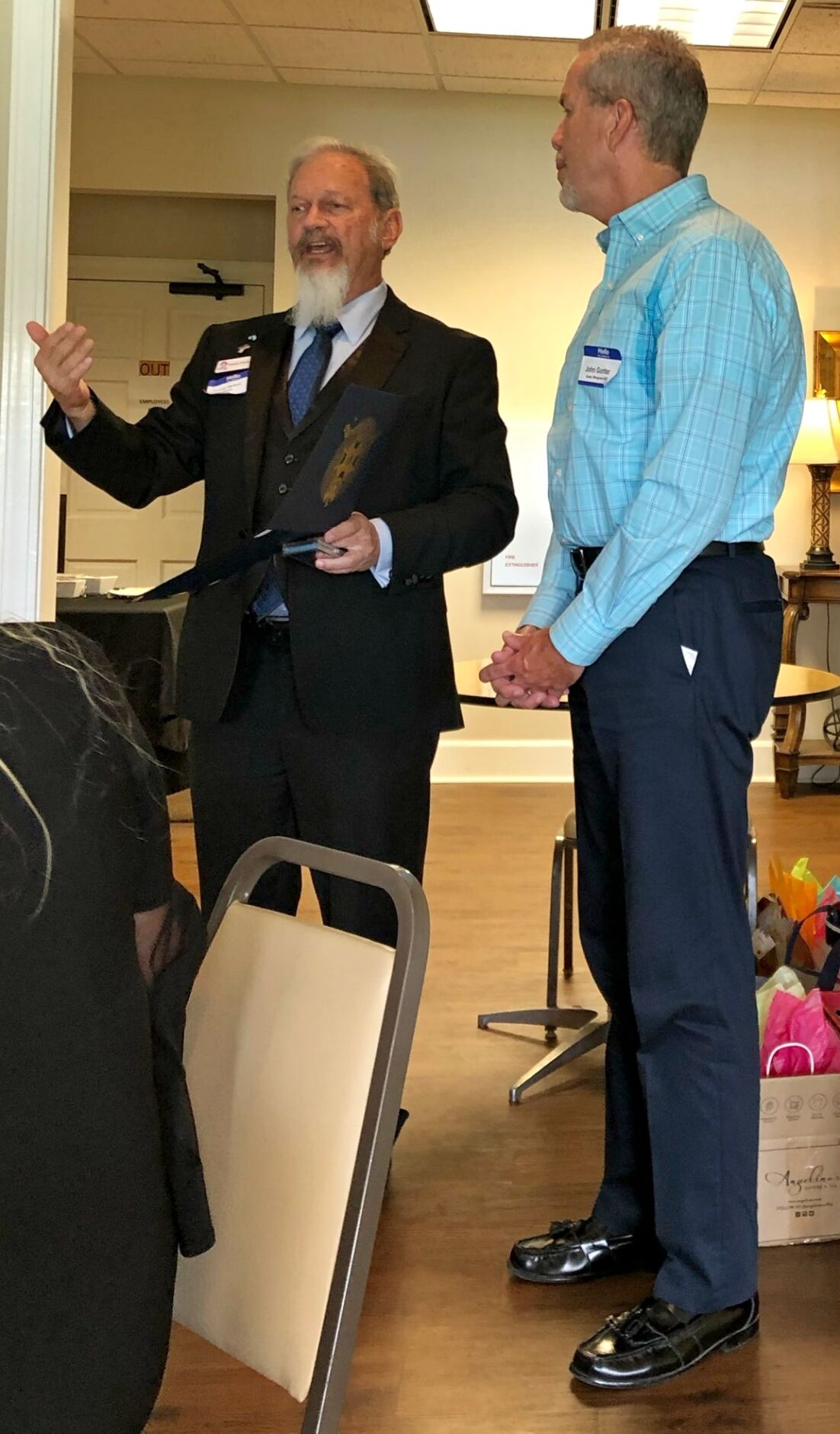 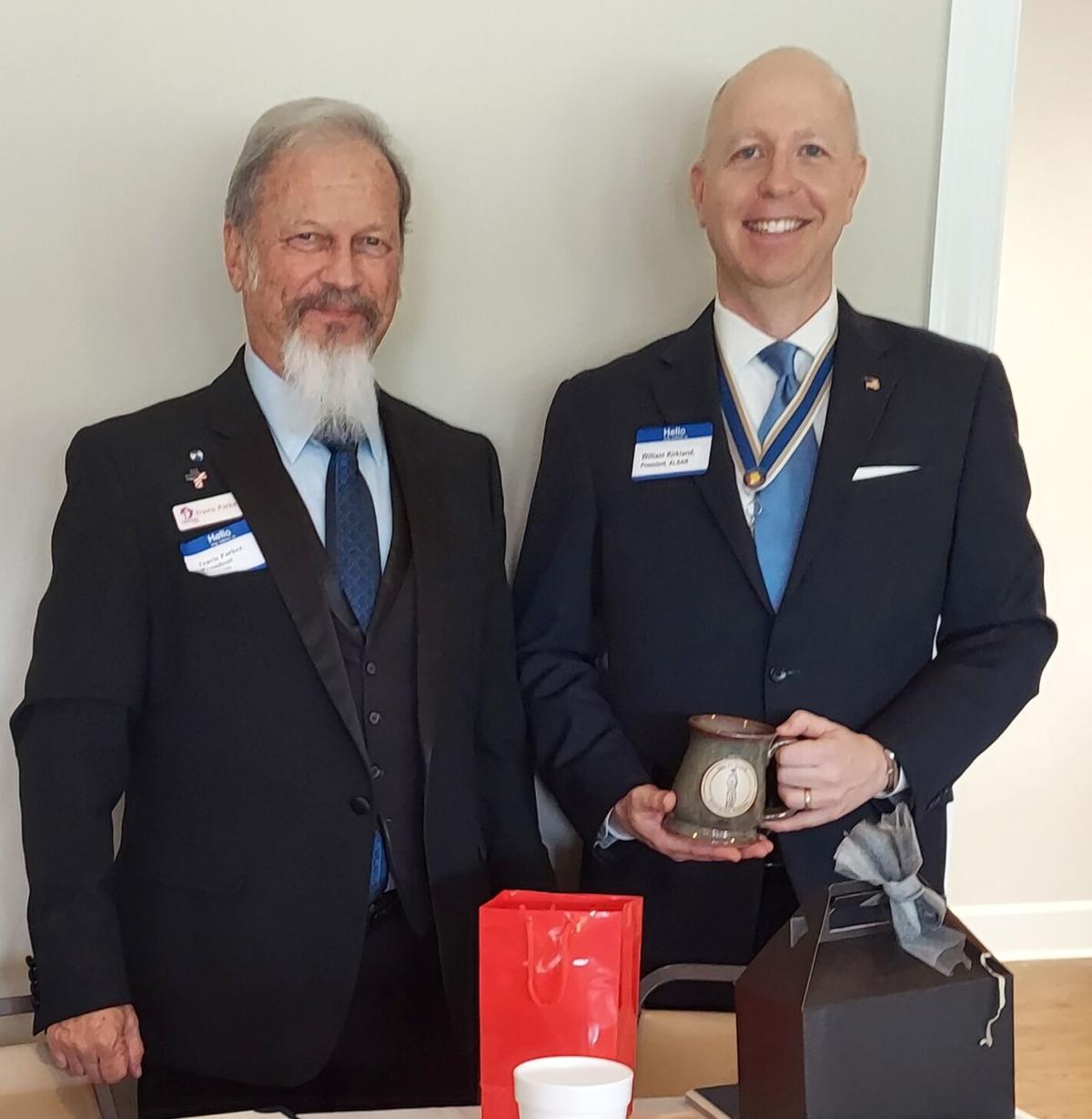 The organizations of the Wiregrass Chapter Sons of the American Revolution (SAR) with President Travis Parker and the John Coffee Daughters of the American Revolution (DAR) with Regent Jacque Hawkins co-sponsored the SAR – DAR Constitution Week Awards Luncheon held recently at the Enterprise Country Club to celebrate the 234th anniversary of the United States Constitution. This annual event reminds us to never forget the sacrifices made by our patriot ancestors.

DAR Peggy Stroud gave the invocation; the pledge of allegiance was led by SAR Jim Gilmer; The American’s Creed was led by DAR Claire Murphy; and the Pledge to SAR was led by SAR Dr. Jack Anderson. SAR Parker and DAR Hawkins presented greeting to the attendees.

Guest speaker was William Kirkland the Alabama Society of the Sons of the American Revolution President. Kirkland gave an interesting and informative talk on the origins and growth of SAR.

DAR Regent Jacque Hawkins spoke on the accomplishments of Pvt. William Henry Harrison Sr., (1758-1832), who is the only known Revolutionary War Patriot buried in Coffee County. Harrison served in the Fourth Regiment of the Continental Line and in Maj. Brannen’s company under General Pickens, serving in the Edgefield District of South Carolina, then moving with troops to Savanah and on to near Augusta. Harrison served honorably throughout his term of enlistment and was honorably discharged at the end of the war. It is believed that he lived in Georgia before moving to Alabama. The mayors of Enterprise and Elba agreed to allow a plaque revering Pvt. Harrison to be mounted in the two city hall buildings. DAR Jacque Hawkins presented one plaque to Councilman Greg Padgett who was representing Mayor Cooper and SAR Travis Parker presented an identical plaque to Elba Mayor Tom Maddox.

SAR State President William Kirkland came from Montgomery to be the Keynote Speaker on the “History of the SAR and the DAR”. SAR John Ray Fuller received a 25 Year Certificate from President Kirkland.

A raffle was held by the DAR with Alabama and Auburn rugs made by Nell Gilmer. There was a tremendous response. Alabama fans purchased 72 tickets and Auburn fans purchased 55. Several door prizes that had been brought by club members were given out. Closing remarks were given by SAR Parker and DAR Hawkins.

The SAR Recessional was led by SAR John Wallace and the benediction was given by SAR Perry Vickers.

Watch Now: US Postal Service first-class mail is about to get slower

Watch Now: US Postal Service first-class mail is about to get slower

A Hartford teen accused of recklessly causing the death of a Florida woman in a car accident is out of jail after posting bond.

An Ashford man is behind bars after robbing two Dothan businesses and an attempted break-in of a motor vehicle on Monday.

A single-vehicle crash that occurred at approximately 2:10 a.m. Sunday has claimed the life of an Elba man.

'We cannot be scared': Shooting victim’s grandfather urges community to speak out against crime

In 2007, Joseph R. Waker Jr. formed a foundation that works to prevent acts of violence like the drive-by shooting on Grant Street that injure…

A federal jury convicted a Taylor woman for her role in a Dothan truck bombing that injured her ex-boyfriend and father to her children, annou…

A Dothan community action organization wants people in the community to get behind law enforcement officers 100% despite past criticisms.

Impregnated as teen and pressured to marry Alabama pastor, woman feels violated: ‘He should be on a sex offender list’

The woman who as a teenager became pregnant with her Alabama youth pastor’s child and claimed she was forced to marry him under pressure from her family said she was violated again when prosecutors and the pastor reached a plea deal Friday in her rape case that includes no jail time. Ash Pereira, 30, said she was 14 when Jason Greathouse, then a 24-year-old pastor at Heritage United Methodist ...