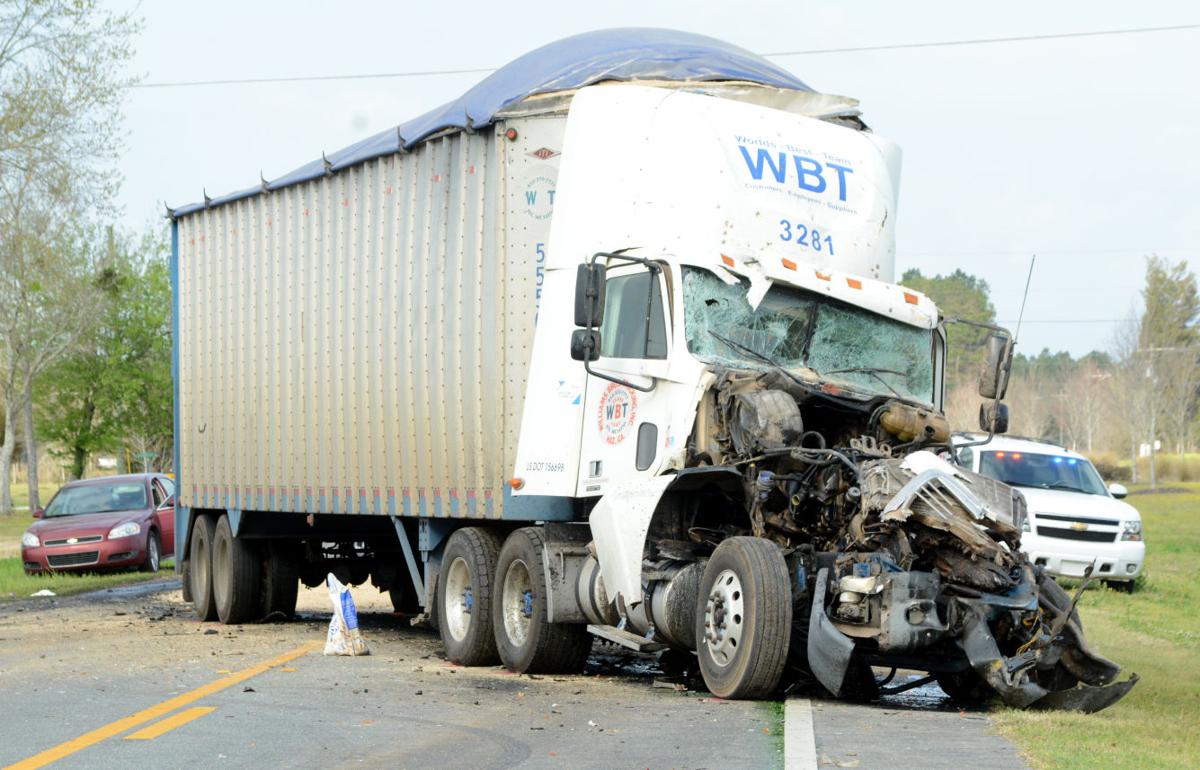 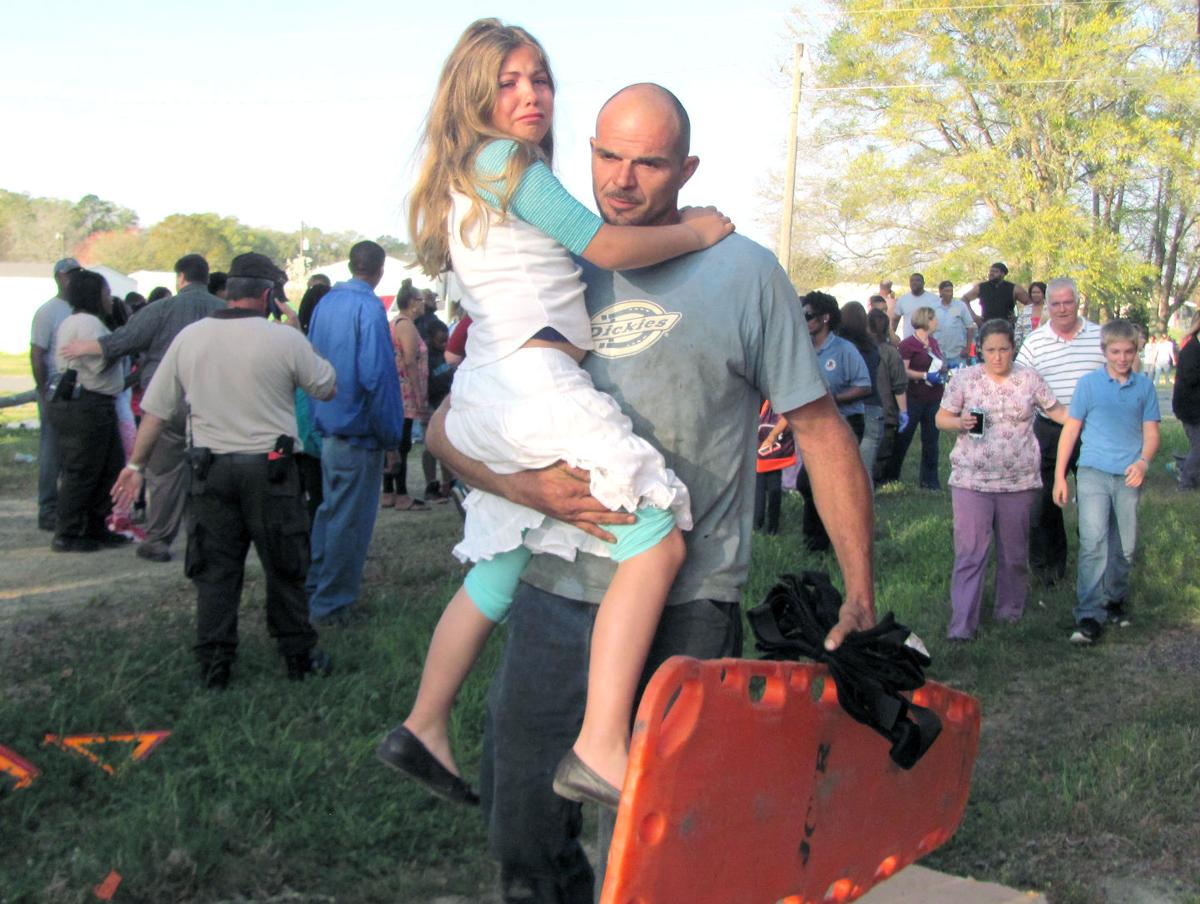 A student is carried from the scene of Wednesday morning's bus crash. 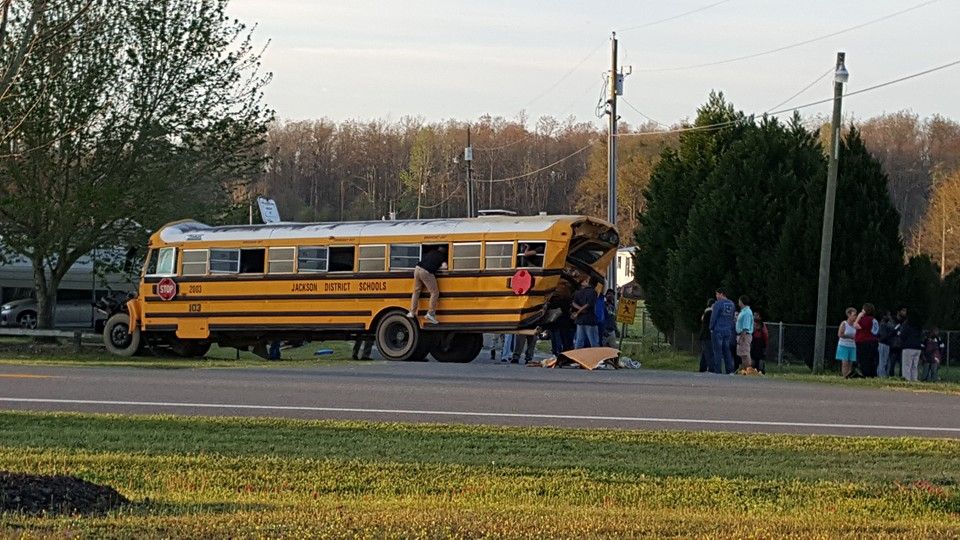 Bystanders look over the scene of a bus crash in Jackson County Florida on Wednesday morning. 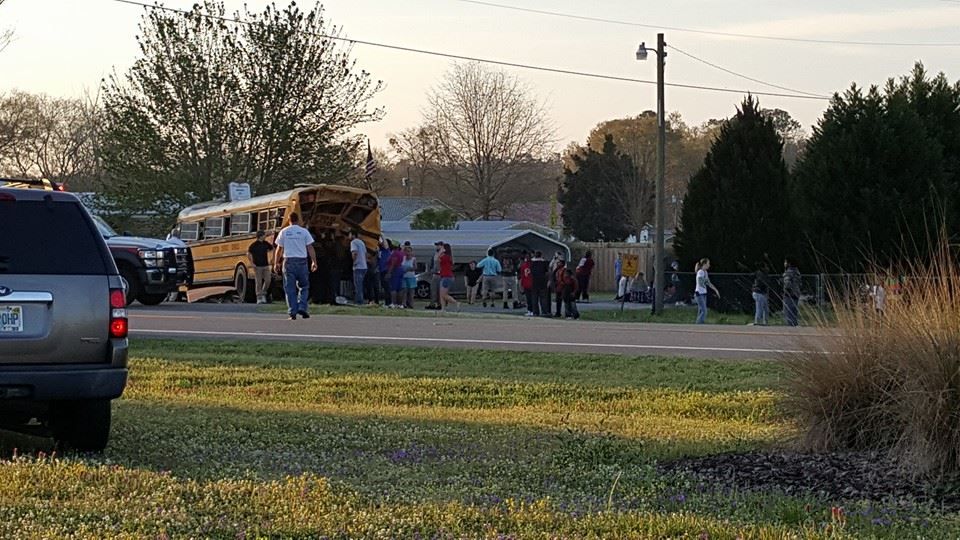 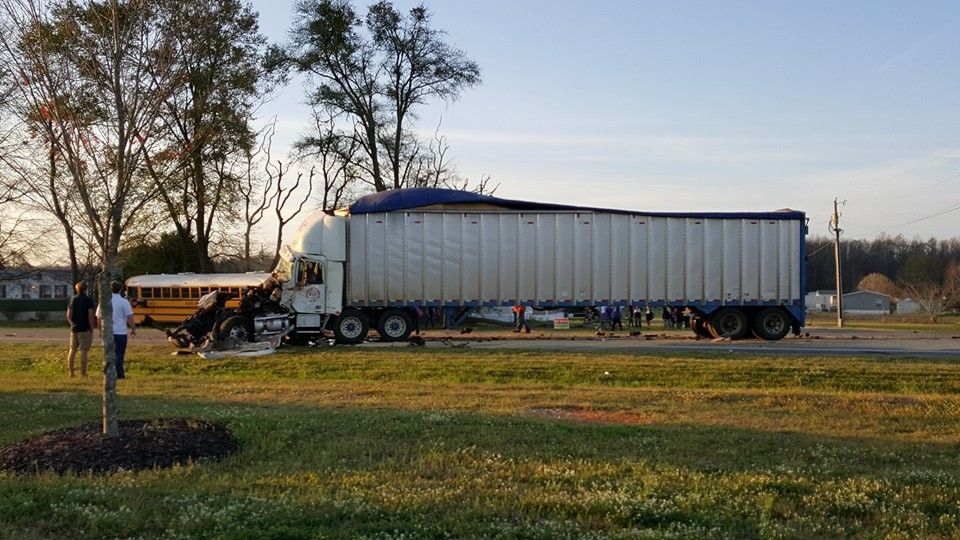 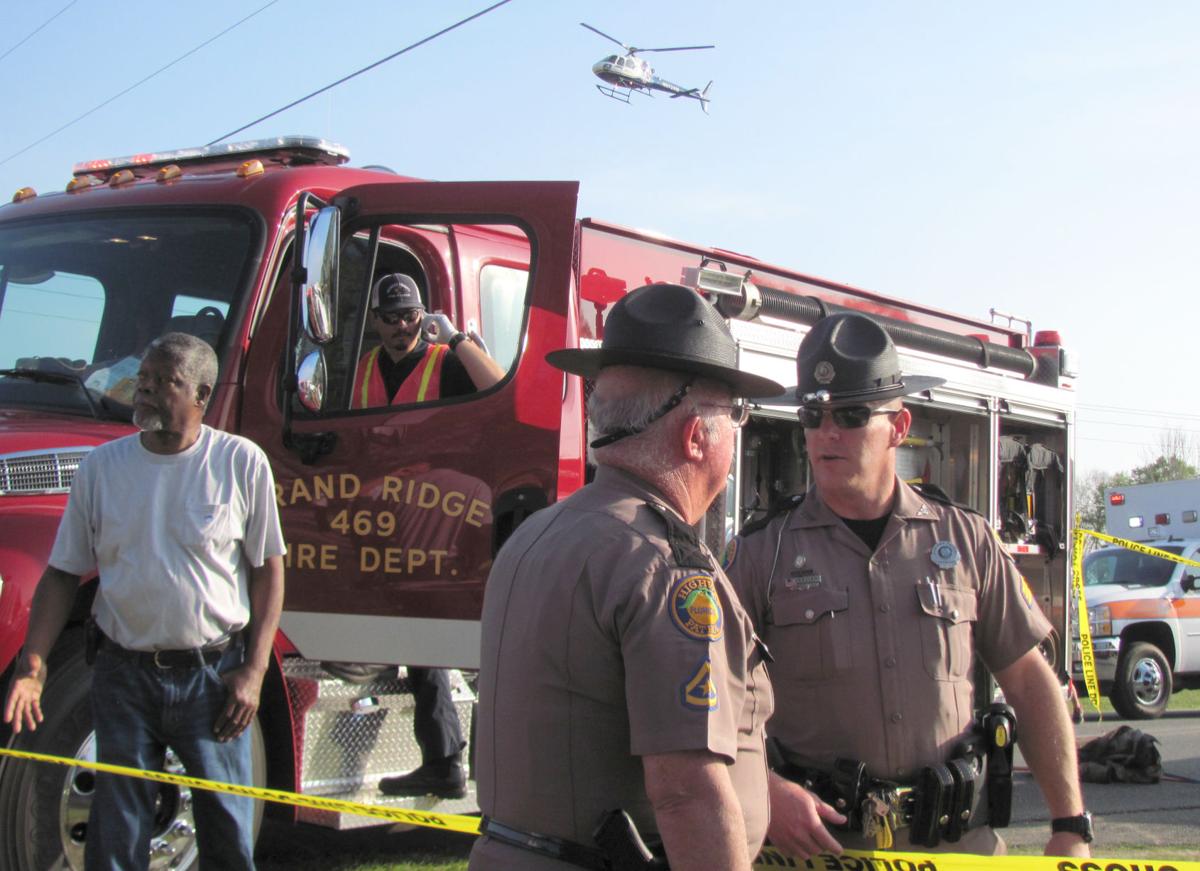 Several children received broken bones and/or other serious but non-life-threatening injuries when a tractor-trailer rig struck one Jackson County school bus from behind and propelled it into the back of another school bus early Wednesday morning.

Three youngsters were taken by medical helicopter to Tallahassee Memorial Hospital and between 20 and 35 other students were either taken to Jackson Hospital aboard a Jackson County school bus or by their parents/guardians to various facilities for treatment.

Bus driver/teacher/coach Don Dowling was driving the bus that was first struck and then sandwiched between the truck and the bus he was propelled into. He was thrown to the floor of the vehicle by the impact but was able to get up and apply the brake to his bus. Although injured himself, he continued to assist children in the wake of the crash before a fellow school official took him to get medical care.

A young man standing at the bus stop when the crash occurred was credited with fast-thinking action that likely saved the life of a child in his neighborhood. As 17-year-old Tacoby Byrd waited for his own bus to arrive, he saw the rig approaching and realized it wouldn’t be able to stop in time to avoid hitting the bus that was stopped while children boarded the bus in front. Byrd grabbed a young boy by the shirt and pulled him away as the child was preparing to step onto the loading bus. The crash occurred seconds later.

Driver/teacher Keesha Childs was driving the bus that had stopped to pick up children. She, too, was injured. The exact extent of all the injuries was not immediately known. The names of the truck driver and the children involved were not immediately released, but some at the scene say he is a local man.

The Florida Highway Patrol is investigating the crash. Although agency representative Lt. Jonathan Strickland said glare from the sun may have been a factor in the case, he indicated that charges may be pending against the driver of the rig.

Deborah Buckhalter can be reached at dbuckhalter@jcfloridan.com

Watch Now: The mystery of the mask

Watch Now: The mystery of the mask

MONTGOMERY — A state criminal appeals court affirmed the conviction of a Dothan man in a 2017 murder.

Answer Man: Where was Dothan’s First Presbyterian Church before it moved?

A: First Presbyterian Church was established in 1900 in downtown Dothan, according to the church’s website.

Bobby Hamil was just doing his job when he led a team of FBI agents, lab techs, and fingerprint analysts from their offices in West Virginia t…

The Wiregrass will once again get its fill of kilts, bagpipes, and athletic events that involve throwing stones, hammers, and light poles.

A student is carried from the scene of Wednesday morning's bus crash.

Bystanders look over the scene of a bus crash in Jackson County Florida on Wednesday morning.