Barrett on record: Find out where court nominee stands on issues that matter to you

The National Weather Service in Tallahassee expanded a flash flood watch to include Coffee, Dale, Geneva, Henry and Houston counties through Wednesday morning.

Though the Wiregrass will not likely experience a major impact from the storm, Judah said the local area could receive three to five inches of rain, but possibly more in some areas. Rainfall will likely start sometime Tuesday afternoon, starting and stopping sporadically into Wednesday.

Strong winds and tornadoes are possible with the storm, which could cause downed trees and power outages. Judah advised storm-prepping ahead of bad weather.

Judah said residents living along rivers should be especially cautious and watch river levels into next week as the storm continues pouring water in the north.

He is asking people to stay inside when possible to avoid being caught in severe weather.

Public safety officials and 9-1-1 services will be working around the clock.

The local EMA will continue to monitor the storm hourly and let people know of any changes.

Hurricane Sally formed off the U.S. coast of the Gulf of Mexico after the tropical storm strengthened late Monday morning. Some coastal areas in Louisiana, Mississippi, Florida, and Alabama are already seeing floods from the slow-moving storm.

As of Monday afternoon, the hurricane is currently projected to make landfall somewhere around Gulfport, Miss., but forecasters say conditions are too unstable to predict exactly where the Sally will arrive.

Sally is expected to continue to strengthen, possibly becoming a Category 2 hurricane before coming ashore.

“Bad weather is nothing to take lightly,” Ivey said. “Earlier today, I issued a State of Emergency because those on the Gulf Coast know a flood and heavy rains can be just as deadly as tropical winds. We pray that Sally doesn’t do any harm, but we must be prepared just in case. As your governor, you have my assurance that every resource will be available if we need it. Be safe, Alabama.”

She later supplemented her declaration by closing all Alabama beaches effective at 3 p.m. and recommending evacuation, particularly to non-residents and those in flood-prone areas south of I-10.

“Alabamians are no stranger to tropical weather and the significant damage these storms can do, even though our state is not currently in the direct line of impact,” Ivey said in a statement. “Locals will need to prepare their homes, businesses and personal property for imminent storm surge, heavy rain and flash flooding. I urge everyone to tune in to their trusted weather source, and pay attention to your local officials for updates regarding your area as they make further recommendations based off the unique needs of your community."

Streets are a little bit cleaner after a joint operation led by Dothan police resulted in the seizure of 31 firearms, drugs, and drug paraphernalia.

Edwards: Why did she come here and why did she go?

Perhaps the most controversial leader in the Dothan City School system, Dr. Phyllis Edwards, charted a course for the school system and, then …

An anticipated jury trial for Coley McCraney charged in the 1999 deaths of J.B. Beasley and Tracie Hawlett has been continued until 2021. 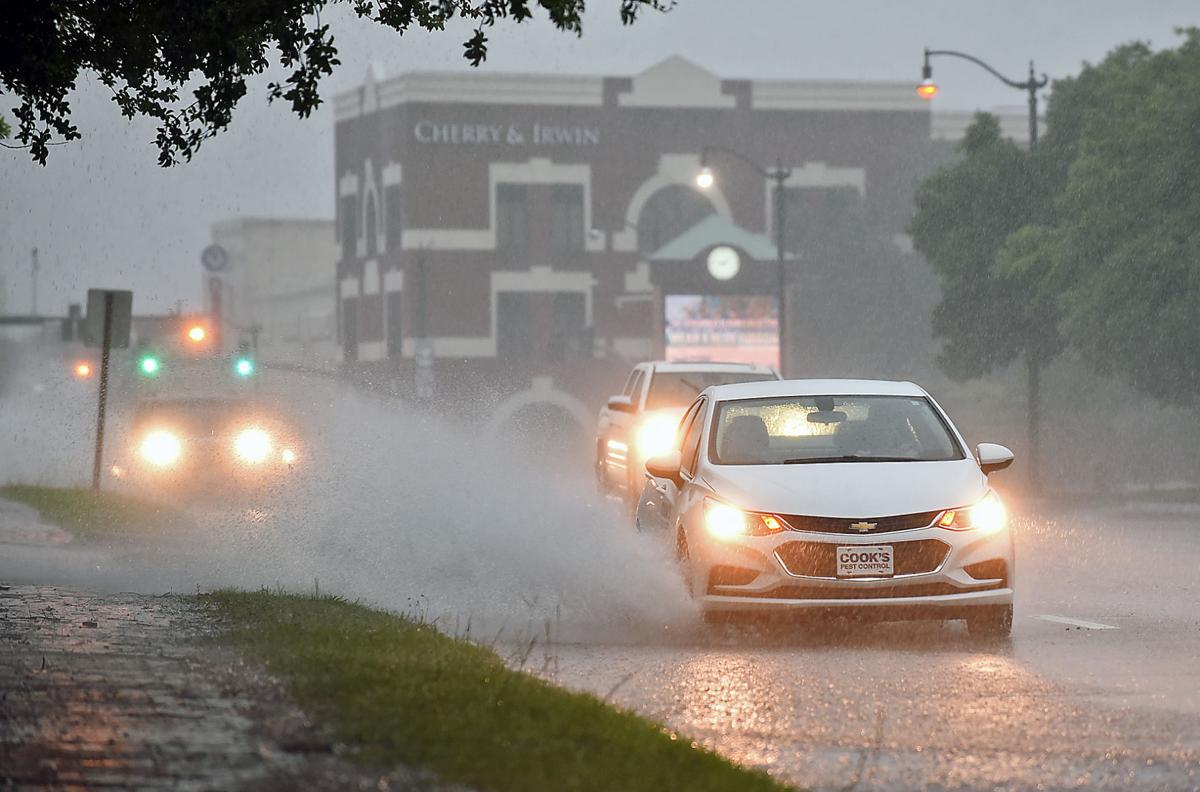 An image provided by the National Oceanic and Atmospheric Administration shows Hurricane Sally's projected track as of 1 p.m. on Monday.