Congresswoman Alexandria Ocasio-Cortez took to the 2021 Met Gala on Monday evening with a bright red message for Americans: "Tax the Rich."

Dressed in a white off-the-shoulder gown by Brooklyn-based designer brand Brother Vellies, the New York politician revealed the statement, scrawled in bold lettering on the back of her dress, as she ascended the steps of the Metropolitan Museum of Art.

Making her Met Gala debut, Ocasio-Cortez completed the look with trademark gold hoops and a single pink flower pinned into her hair bun.

Speaking to reporters at the event, she explained why she had brought her message to the Met Gala, an event attended by many of Hollywood's biggest -- and wealthiest -- stars.

"I think it's time we bring all classes into the conversation," she continued.

Ocasio-Cortez's choice of white echoed the long history of American congresswomen wearing the shade in reference to the women's suffrage movement. She wore a white suit to her swearing-in ceremony in 2019, later saying on Twitter that it was in honor of "the women who paved the path before me, and for all the women yet to come."

Ocasio-Cortez was joined on the cream-colored red carpet by Brother Vellies' creative director Aurora James, who is known for spearheading an initiative known as the "15% Pledge." The pledge, which began on Instagram, urges retailers and corporations to commit 15% of their purchasing power to supporting Black-owned businesses.

There were other bold statements on show at the annual fundraiser, which generates money for the Met's Costume Institute and borrows its theme from the museum's latest exhibition (this year, "In America: A Lexicon of Fashion"). Earlier, soccer star Megan Rapinoe was seen carrying a clutch which read "In Gay We Trust," while Ocasio-Cortez's fellow Congresswoman Carolyn B. Maloney arrived in a vibrant dress covered in bold text which read "Equal Rights for Women."

On Twitter, Maloney addressed her bold outfit, which celebrates the 19th amendment, granting women the right to vote. She wrote: "Across the country, women's rights are under attack."

"As the Met Costume Institute reopens (with its) inaugural exhibit celebrating American designers, I am calling 4 the certification of the ERA (Equal Rights Amendment) so women can be equal once and for all," she continued.

Other stars interpreted the all-American theme by paying homage to US icons, channeling old Hollywood and paying tribute to the country's melting pot of diverse cultures.

The moon's phases may be affecting mankind's sleep

Body found in Wyoming believed to be Gabby Petito

Authorities say a body discovered Sunday in Wyoming is believed to be Gabrielle "Gabby" Petito.

Candace Ayers' obituary says she "was vaccinated but was infected by others who chose not to be. The cost was her life."

Police on Monday swarmed the Florida home of a young man wanted for questioning in the disappearance of his girlfriend, Gabby Petito. Get the latest.

Real estate heir Robert Durst was convicted of murdering Susan Berman, shot point-blank in the back of the head in December 2000 as she prepared to tell police how she helped cover up Durst's wife's killing.

A federal advisory panel endorsed a plan to give Pfizer booster shots against COVID-19 to those who are 65 or older or run a risk of severe disease after rejecting a plan to give extra shots to most Americans.

A federal advisory panel endorsed a plan to give Pfizer booster shots against COVID-19 to those who are 65 or older or run a risk of severe disease after rejecting a plan to give extra shots to most Americans.

1 in every 500 Americans have died of COVID-19. See the latest numbers.

The U.S. has reached another grim COVID-19 milestone: 1 in 500 Americans have died from the virus. Track the latest numbers here.

Idaho, one of the nation's least vaccinated states, has expanded health care rationing. The FDA strikes a cautious tone ahead of its vaccine booster debate. Get the latest. 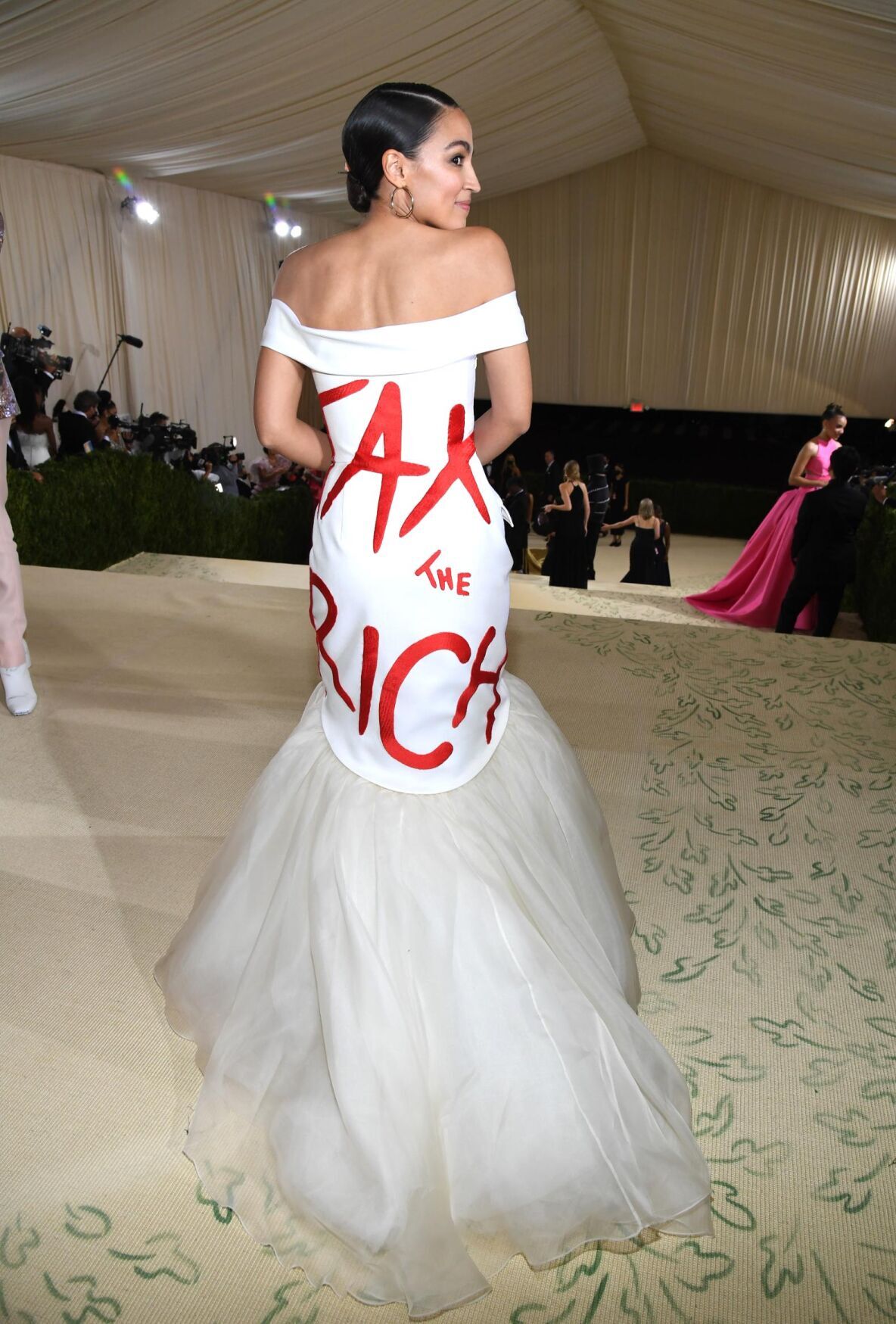 Alexandria Ocasio-Cortez shows off her message to waiting photographers.

Congresswoman Carolyn B. Maloney attends The Metropolitan Museum of Art's Costume Institute benefit gala celebrating the opening of the "In America: A Lexicon of Fashion" exhibition on Monday, Sept. 13, 2021, in New York.