Green snow created by blooming algae in the Antarctic Peninsula is likely to spread as temperatures increase as a result of climate change, researchers have said, after creating the first large-scale map of the organisms and their movements.

Satellite data gathered between 2017 and 2019, combined with on-the-ground measurements over two summers in Antarctica, allowed scientists to map the microscopic algae as they bloomed across the snow of the Antarctic Peninsula.

Warming temperatures could create more "habitable" environments for the algae, which need wet snow to grow in, researchers told CNN.

Green snow alga is microscopic when measured individually, but when the organisms grow simultaneously, they turn the snow bright green and can even be spotted from space, researchers said in a study published in the Nature Communications journal on Wednesday.

Patches of green snow algae can be found along the Antarctic coastline, usually in "warmer" areas, where average temperatures are a little above zero degrees Celsius during the Southern Hemisphere's summer months of November to February.

The Antarctic Peninsula is the part of the region that has experienced the most rapid warming in the latter part of the last century, researchers say.

Unusually high temperatures were recorded in February while a nine-day heatwave scorched the continent's northern tip earlier this year.

Scientists identified 1,679 separate blooms of green algae on the snow surface, covering an area of 1.9 km2, equating to a carbon sink of around 479 tons per year. A carbon sink is a reservoir that absorbs more carbon than it releases.

Researchers believe the organisms will expand as global temperatures increase.

"As Antarctica warms, we predict the overall mass of snow algae will increase as the spread to higher ground will significantly outweigh the loss of small island patches of algae," Dr Andrew Gray, lead author of the paper and a researcher at the University of Cambridge, said in a statement.

He told CNN that rising temperatures would create more "habitable" environments for the algae.

However, while an increase in snow melt could lead to more algae growing, Gray told CNN that the distribution of the organisms is heavily linked to bird populations, whose excrement acts as a fertilizer to accelerate growth.

Antarctica temperature reading of 64.9 degrees Fahrenheit could be record high

As bird — particularly penguin — populations are affected by warming temperatures, "the snow algae could lose sources of nutrients to grow," he said.

An increase in the blooms could also lead to further snow melt, he said.

Researchers found that almost two thirds of the blooms were on small, low-lying islands and said that as the Antarctic Peninsula warms due to rising global temperatures, these islands could lose their summer snow cover and algae — although in terms of mass the majority of snow algae is found in areas where they can spread to higher ground when snow melts.

April 25 was World Penguin Day. Here are 25 photos of the aquatic, flightless birds, whose populations are affected by global warming.

A giant star is blinking near the center of our Milky Way galaxy like a stellar beacon, according to new observations by astronomers. 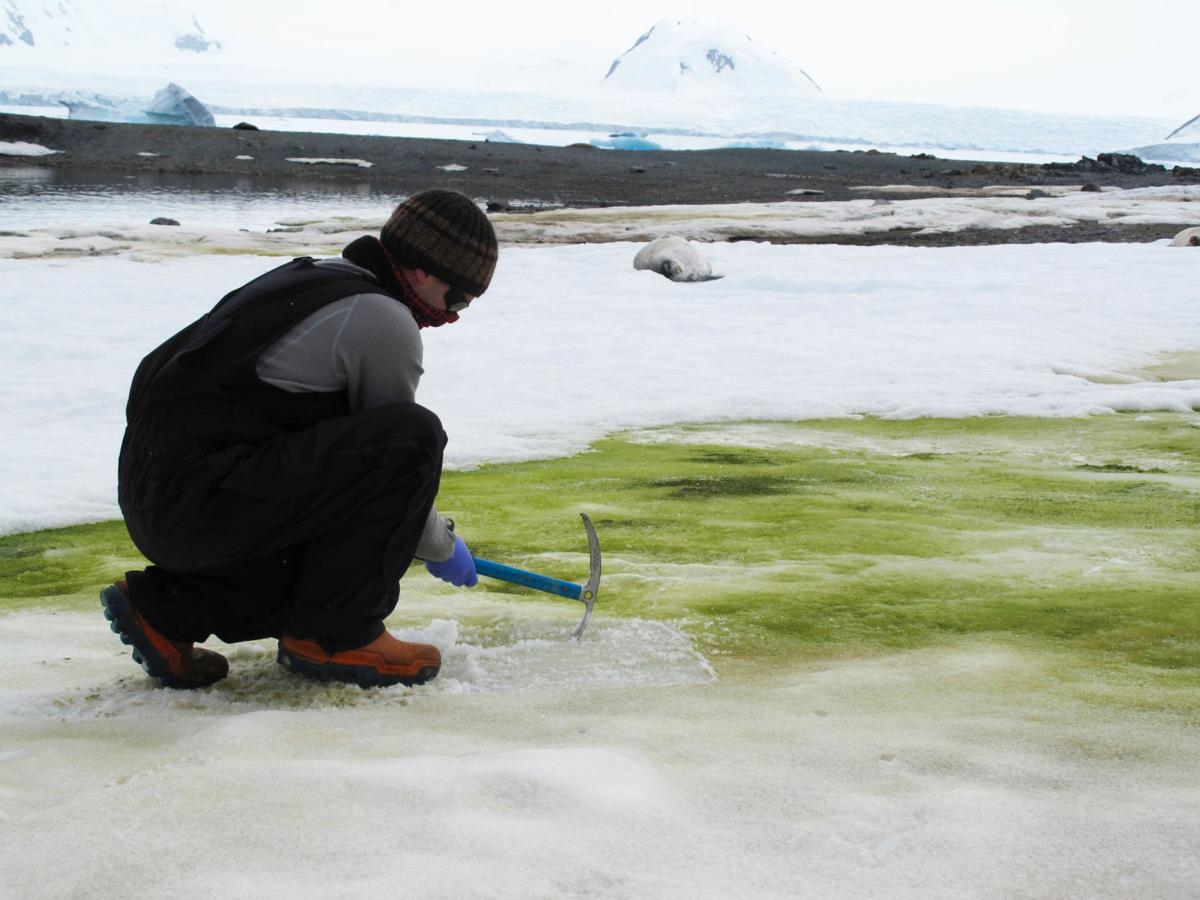 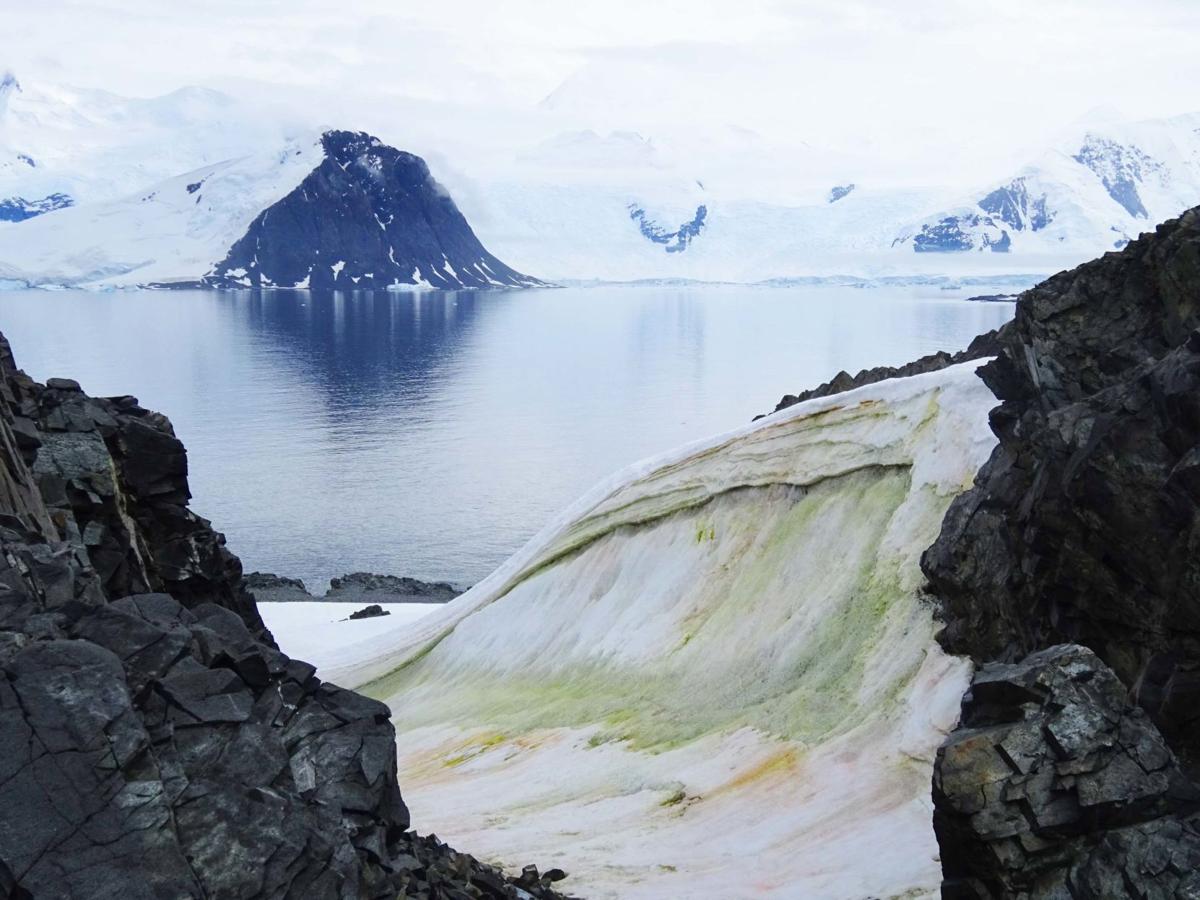